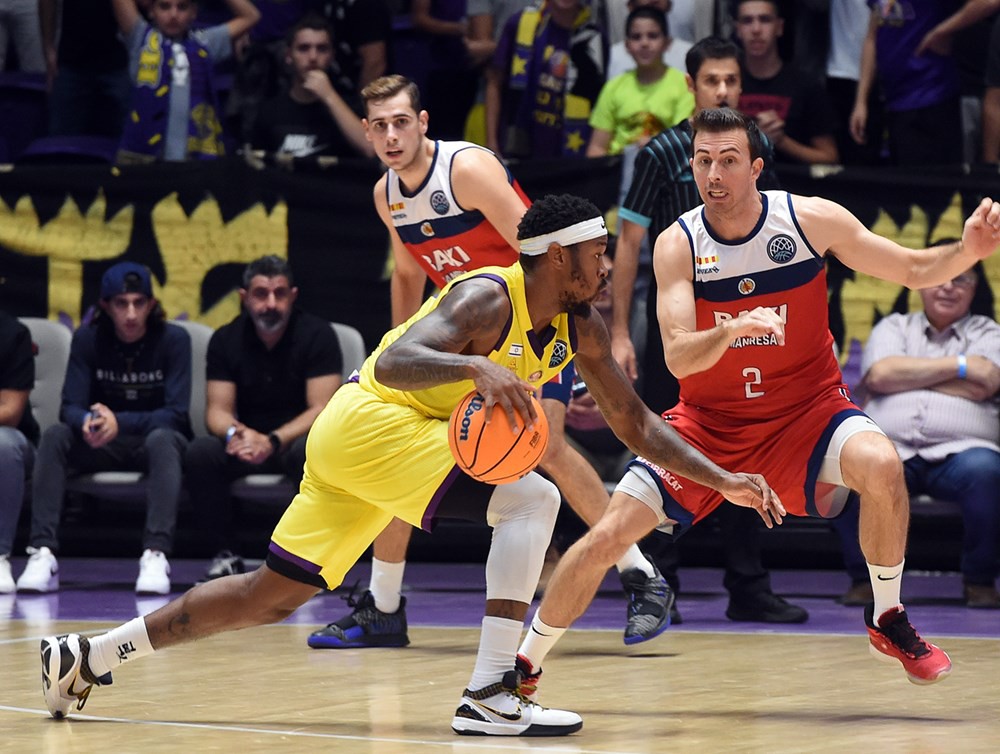 BAXI Manresa was left to a sigh to win the game, dominated initially by the men of Pedro Martínez , who were losing pistonade in the scoreboard and ended up in one side or believed that he lost himself in Tel -Aviv Ryan Toolson scored 26 points, Vaulet 13, and the team had moments of good game -main domination- and competed at all times.

The game started with an absolute mastery of the BAXI Manresa, which both behind and front were at a great level. Sima chained stoppers, Dani headed and Magarity finished finishing a 4-1. Dani also scored at the beginning, and Toolson closed the incoming partial with a triple following some errors, and he put the 13-24.

Vaulet led the scoring at the start of the second period, and Ryan recovered to score three times. Pedro should stop the game because they scored 3 consecutive baskets (29-40). But the team did not improve, and the locals were still approaching. but Manresa held 2 points above.

The second half began with a Jou basket, very active, as lately. Starting the mark with the alternatives to the mark was started. He entered , which debuted in Europe, and Ryan made a triple that gave air. And another one at 3:30 a.m., 55-59. They were going to tie and put themselves in front.

The last stretch was either a face or cross that was very competitive for the team, where the successes started with Jordan Davis , but they responded to the premises, which opened a hole of 5 points. Toolson and Magarity added 2 triples and placed the team in the game. A 2 plus 1 from the premises and a technique not indicated in favor of BAXI Manresa proved the victory to a team that competed a lot despite the casualties and despite playing in front of a large squad.