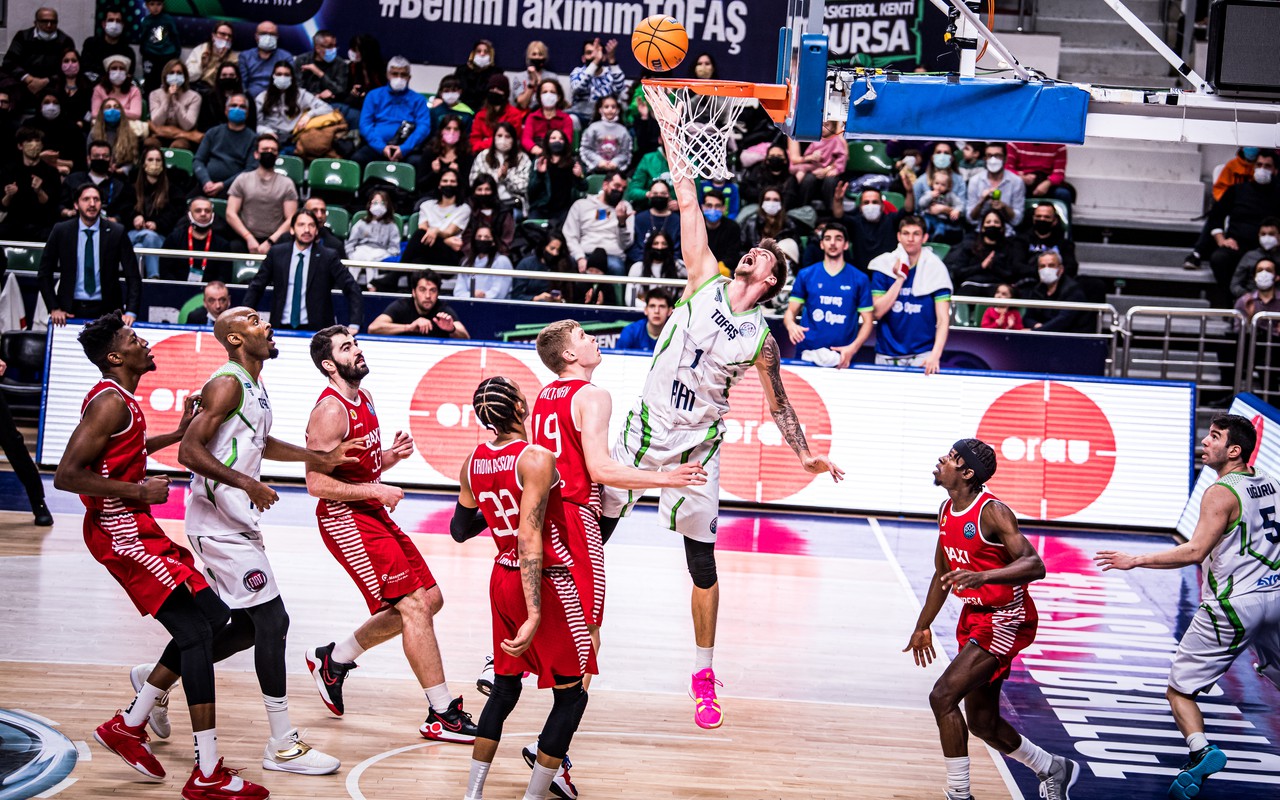 BAXI Manresa could not start with a victory the group stage corresponding to the round of 16 of the Basketball Champions League. The Bages team, who could not count on Chima Moneke due to muscular discomfort, found the leadership of their position partner, Luke Maye, but it was not enough to storm the court of possibly the most dangerous rival of the group, a Turkish Tofas Bursa who was more successful in the last two minutes of the game (74-68).

Pedro Martínez's players made a good start and, led by Maye, who knew how to take advantage of Moneke's absence, dominated the electronics during the first moments of the duel. However, the ex-Manresa Zubcic led some home team who was able to turn the result around thanks to his effectiveness in the paint. At the end of the first quarter, tied at 20 thanks to a final basket by the Turks.

In the second, the Bages team dominated the rebound, but were unable to find the right attack, and the rival took advantage of it to give an initial run of 9-0. Despite reacting to get just one point behind with a three-pointer from Steinbergs, Tofas Bursa escaped again through counterattacks and reached the break with an eight-point margin (42-34).

After the break, the Manresa team took a step forward defensively (they left the home team with only 8 points), while offensively Maye was still on a roll from long distance. This situation allowed them to turn the score around and close the third quarter ahead (50-51).

In the last period neither of the two teams managed to break the duel, reaching the last two minutes with a tie at 66. In these, the Turks were more successful and took the second victory in two games in this phase.

It's time to turn the page of defeat, since on Sunday from 20:00 the team will visit another complicated court, that of a Surne Bilbao Basket that comes to the duel on a great run of results.