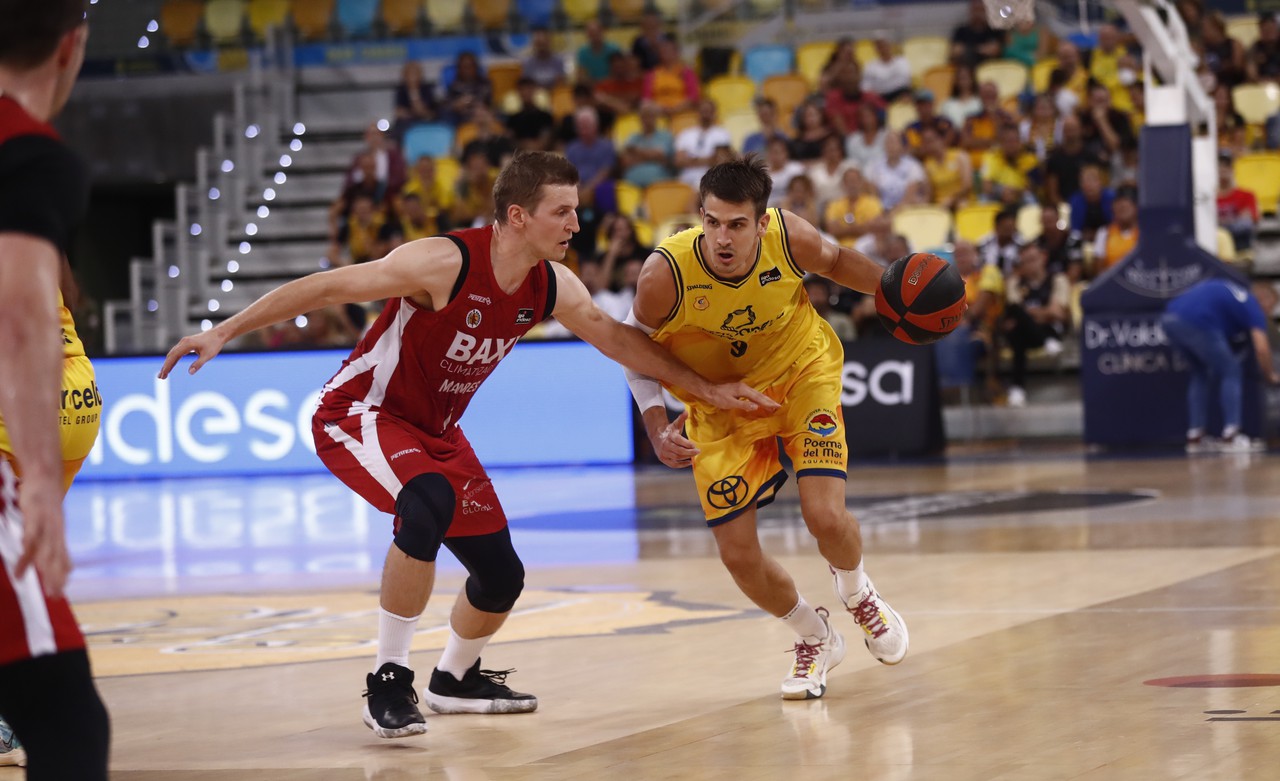 BAXI Manresa was unable to add another victory in the Endesa League, after falling on the difficult court of Gran Canaria (99-88). The players led by Pedro Martínez, who was honored before the match, had a good first quarter but then found themselves outclassed by a solid rival who knew how to control them in the last minutes.

After a start with alternatives on the scoreboard, some very successful three-pointers from Manresa (they scored 4 of the 6 they tried in the first quarter) took the lead on the scoreboard to close the initial period with five points of rent (20-25).

In the second, the canaries were much superior. They didn't take long to turn the score around and took a maximum difference of twelve points with 30 seconds left for the break (49-37). In these, the reds closed the gap thanks to two free throws scored by Waczynski, another two by Steinbergs and a steal with a dunk by Badio on the buzzer (49-43).

Returning from the locker room, the game was very offensive, with the attacks clearly prevailing over the defenses and with both teams scoring six three-pointers in the third quarter. This situation favored some locals led mainly by Brussino, who left the game well faced (80-67).

In the last ten minutes, a fighting BAXI Manresa tried to come back until the end and came to only six points in the last minute (94-88), but it was too late and the victory stayed at Gran Canaria Arena.

Next Saturday, starting at 6:00 p.m., the Nou Congost will be the scene of a new Catalan derby, this time with Joventut de Badalona as a rival.