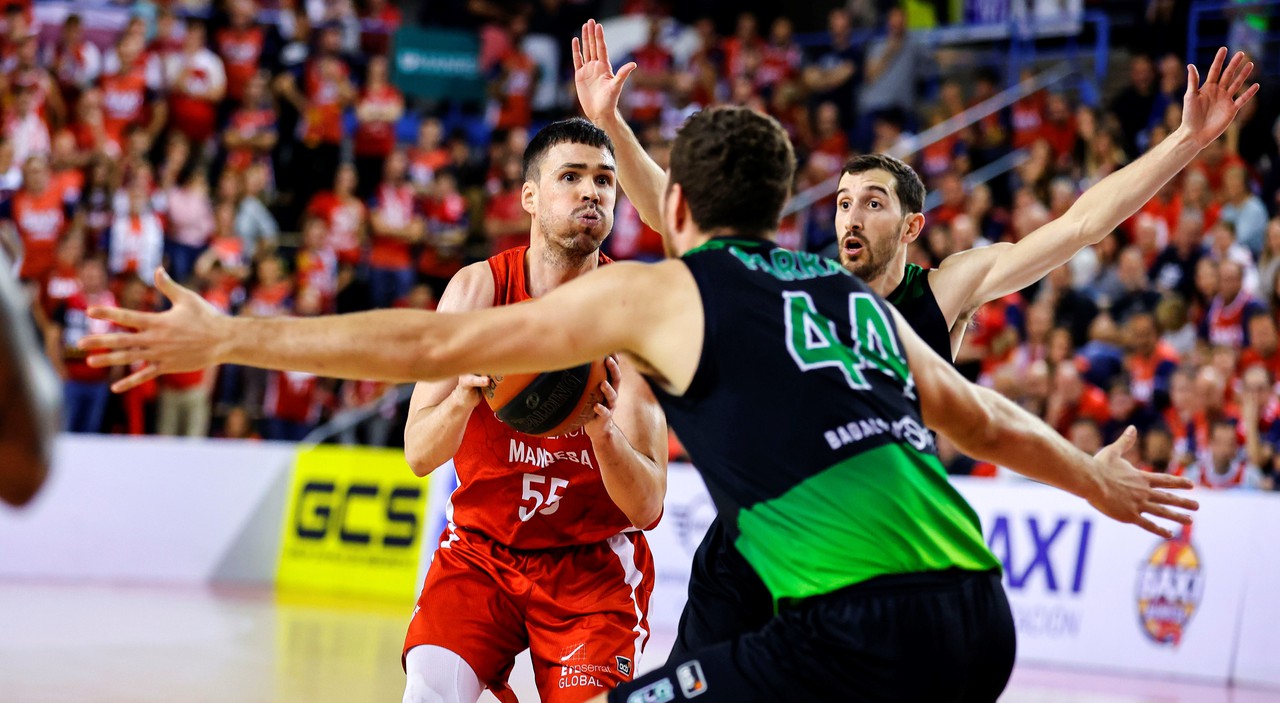 BAXI Manresa could not get another victory at Nou Congost, as they were beaten by a Joventut team that was ahead on the scoreboard at all times (68-90).

The visitors started the game more excited and nailed a partial 0-10 that forced Pedro Martínez to ask for a timeout. From there, the reds evened the game and did not allow the green-and-blacks to get away with the score (19-27 at the end of the first quarter).

The second started in the same way as the first, with the Badalonians who scored seven consecutive points and were fifteen points ahead (19-34). Then, the duel leveled again, and the half-time was reached with eleven points for Carles Duran's men (37-48).

Returning from the changing rooms, the Bages team could not get close to the scoreboard. Quite the opposite, as Joventut went on to string partials: first one of 0-6 and then another of 0-11, taking advantage of four minutes without a score from Manresa. In this way, the visitors closed the third quarter with the game very well on track (50-74).

The last ten minutes didn't have too much history, and the green-and-blacks had no difficulty managing the advantage and taking the victory against some Bages players who put in effort until the end, but it wasn't enough.

On Tuesday from 20:30 BAXI Manresa will play for the lead of the group at Nou Congost against Limoges CSP, in a match corresponding to the fifth day of the first phase of the Basketball Champions League.