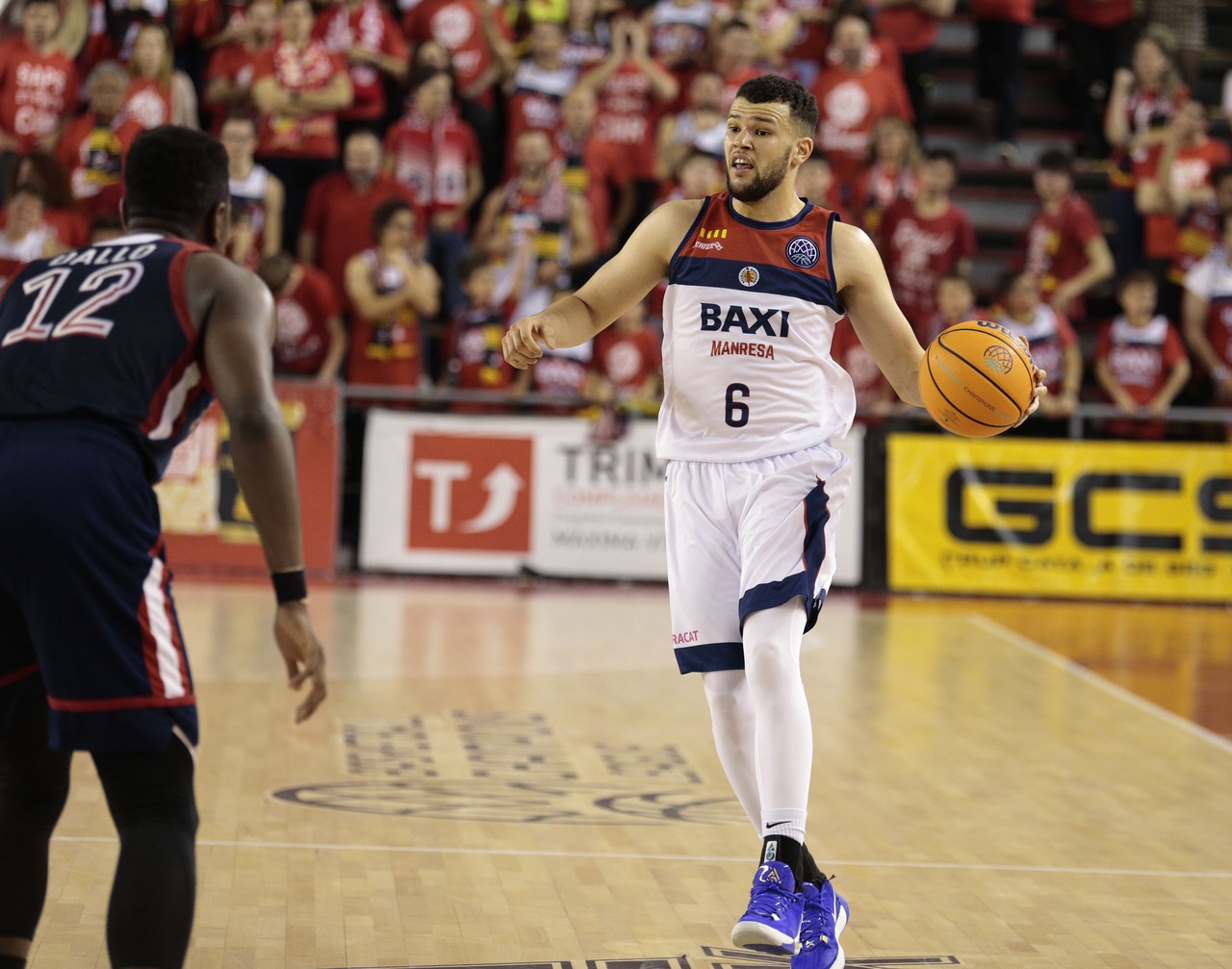 The Manresans, with their bases still injured, pushed into the Strasbourg thanks to a well-balanced choral game between attack and defense. The circulation of the ball led to situations released by the local players, who scored 14 three-pointers. Already in the first period, the Bagencas took the lead in the leaderboard and partially to the distances widened. With the final difference of 24 points, the BAXI Manresa managed to turn around their particular average of 18 points against the game of the first round.

BAXI Manresa started the game with great defense and good shots from the outside shot by Dulkys, twice and Nelson. The French side, apathetic to the basket in the first minutes, cut the bagatense 9-0 partial with a throw of 3. The good news of the period was given by Sakho, who returned to normal with his injury. The baskets of Jou, Dulkys and Baéz put the Catalan team 8 points over the end of the first quarter.

A brilliant start to the second half of the Manresans allowed them to achieve a maximum advantage of 16 points. Pere Tomàs widened the distance by scoring from the corner. Nelson, a base on injury today for the injury, scored 5 straight points strengthening the home side. Pedro Martinez's men kept their feet on the accelerator and widened the gap, which would end up being 12 points at halftime.

Dulkys started the second act just like the first, with a triple. The BAXI Manresa, very comfortable with the result in their favor, looked in attack and was very confident in defensive tasks. Nelson and Toolson scored from outside to give their new maximum 21-point difference. Sakho got bigger in the area and took advantage of a rebound in the attack to get a 2 more 1 followed by a slash in the later play.

With the Manresans 24 points above it started the last period. The home side, with the good game, moved the ball perfectly outside to find free kicks. Jou and Báez took advantage of two situations that came from great combinations to score of 3. The Strasbourg was trying a reaction to the desperate, ineffective one, which found itself again and again with a baggage response. With the match sentenced, the BAXI Manresa managed to withstand the difference to turn the particular avarage scored in 18 points in favor of the French to this day. With this victory, the Manresans take the lead of Group A of the Basketball Champions League and make a giant leap to qualify for the next phase.