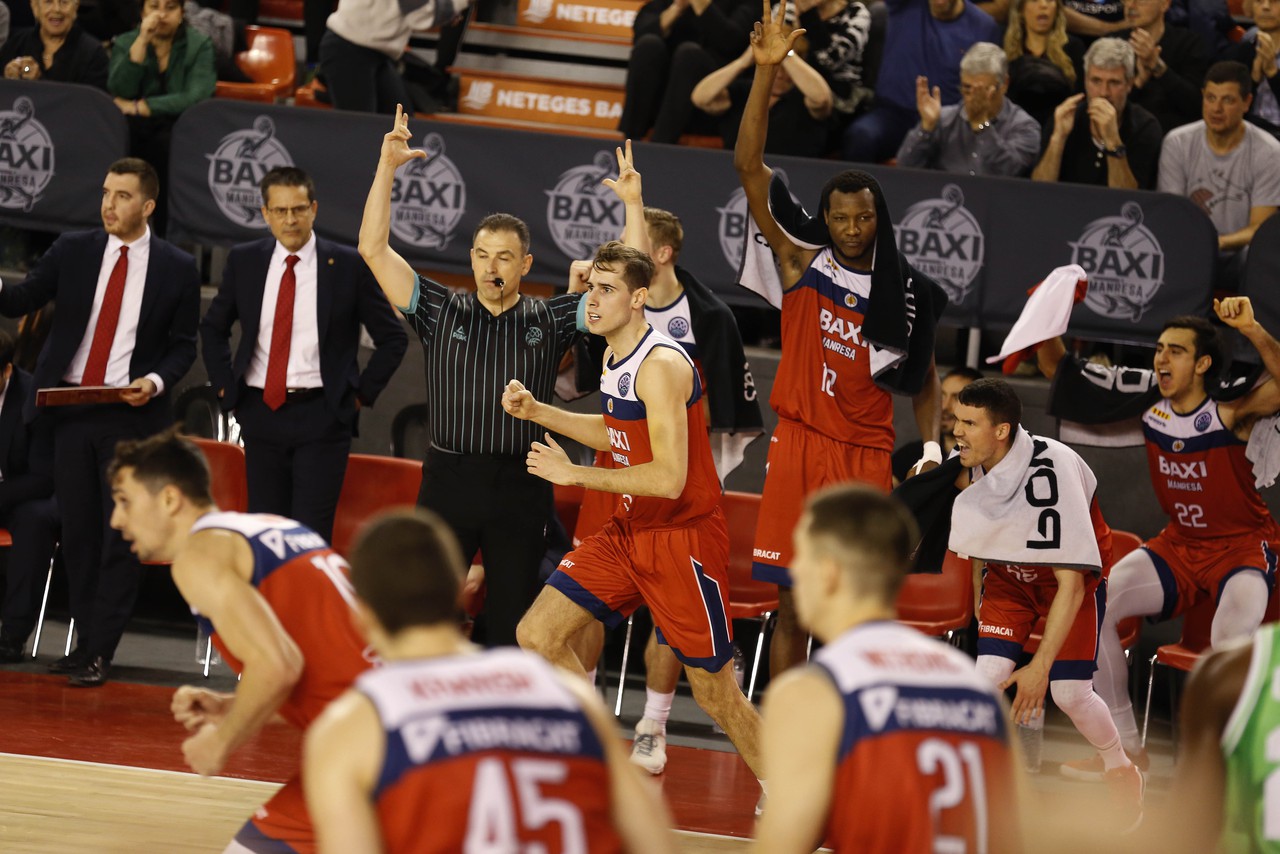 The BAXI Manresa bade farewell to the European competition with a tight defeat against the whole of Sassari. The Bagencas did not lose their face in the game at any time, but a bad first and third half were enough for the victory to travel to Italy. Despite the disadvantage of the final section, the locals rowed against the current and had options to tie the shock and even hold it until the last seconds.

Sassari started the game off with a easy access to the basket. The Italians, based on three pointers, managed to open a 9-point gap in the first 5 minutes of the game. Despite three-pointers by Dulkys and Pere Tomàs and a 2-on-1 move by Vaulet, the team led by Gianmarco Pozzecco kept the lead in the first minutes and closed the partial 9 points up.

The second quarter started with an exchange of baskets that kept the difference favorable for the visitors. Luke Nelson and Guillem Jou with a triple each, gave the BAXI Manresa wings and placed them only 1 point behind the Italians. The Sardinians came across the defensive wall of Manresa and the locals took advantage of it to turn the score. Kravish with a hook and Thomas from the perimeter put their 4 points on. The free throws converted by the visitors equaled 36 at the half.

The second half started with the expulsion by two consecutive techniques of the coach of the Sassari, Gianmarco Pozzecco. The Manresans had a hard time writing down the game, and gradually the visitors increased the score. Missing balls and fouls allowed the Sards to finish a 0-9 run. Mitrovic, with an extra basket shot, broke the visiting streak and reduced the gap to 4 points. The Italians took the lead in the last minutes of the period to face the final quarter with a 6 point advantage.

The poor flow of the game from the BAXI Manresa prevented the goal from being reduced by a rival who, despite not being very successful, managed to escape 8 to 5 minutes from the end. Báez and Nelson scored to cut the distance to 4 with 2 minutes to go. Mitrovic was awarded a personal foul, converting one shot to 30 seconds. The Italians turned their attack on the sentence and the Manresans hit a free kick technique to the assistant of the Sassari coach. With 8 seconds left and 2 points behind, the Bagencas would have the penultimate possession to draw or win the match. Nelson assumed responsibility for the attack, and his iron plate spit out. Still 2 seconds behind, the visitors scored just one shot from the personal line and gave them a glimmer of hope to look for a triple at the edge. Dulkys would be responsible for the last game, but the ball would slip out of his hands and his loss confirmed the defeat and removal of the BAXI Manresa in the Basketball Champions League.