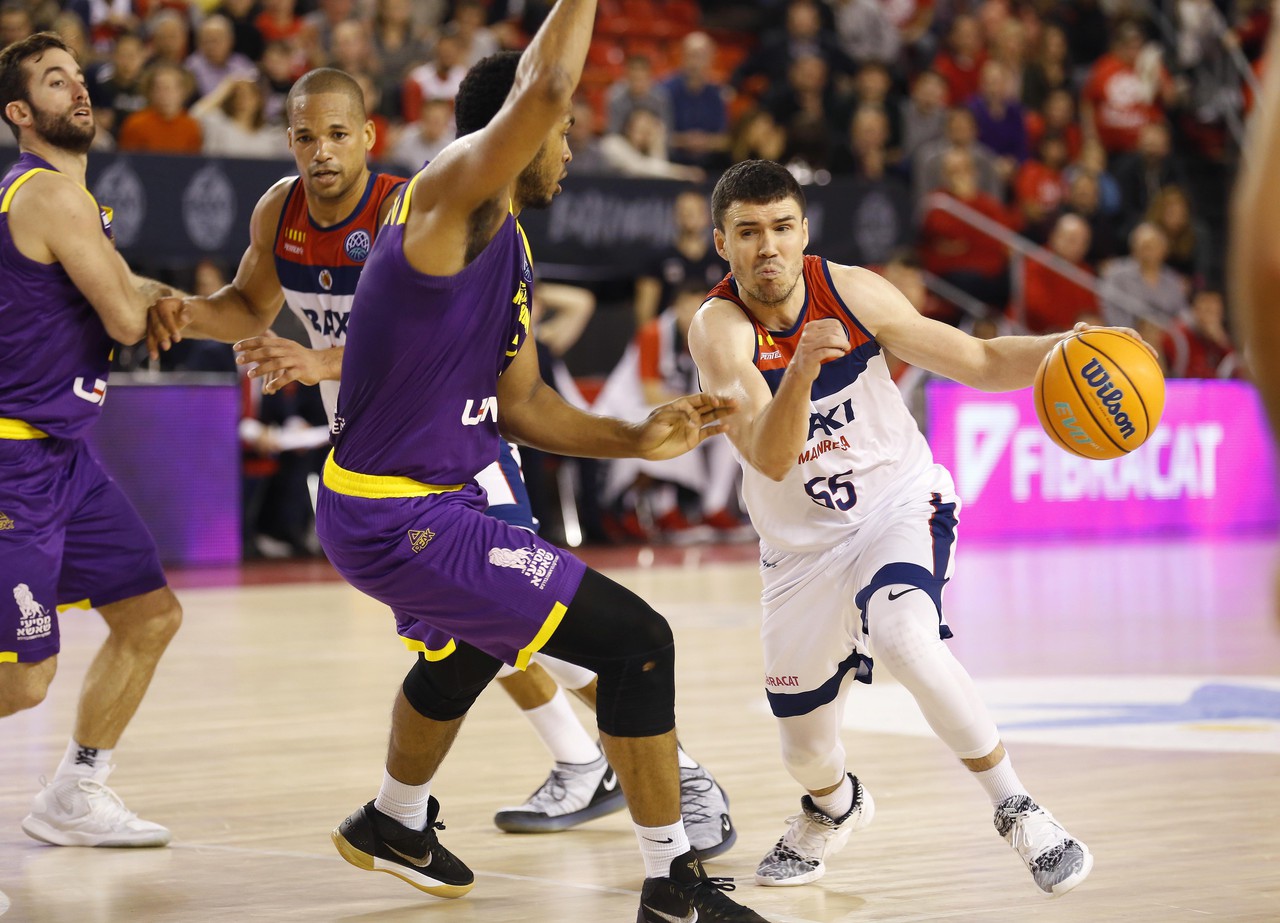 BAXI Manresa lost their first home game in the Basketball Champions League to Israel's Holon. The Manresans trailed for much of the game, losing 20 points, but in the last quarter they accelerated and had the last shot to finish the comeback. The errors in the triple (5 of 28) were a burden for the players of Pedro Martínez.

The match started with a lot of equality and alternation on the scoreboard. The interior game of Manresa, led by Kravish, Magarity and Vaulet, contrasted with the mistake from the triple (0 of 5 in this half). The Israelites would take the lead in the standings, and with a basket from 6.75 in the end, grabbed a 5-point cushion at the end of the quarter.

The visitors began the second period by continuing to take the lead. The defense of the whole team of Stefanos Dedas made it very difficult for the Manresan attacks, who saw how Vaulet and Dani Pérez were the only scorers in the first 9 minutes of this second stretch. Despite the poor success in the basket of Israel as a whole, BAXI Manresa couldn't find a way to turn it around. Local mistakes followed and Holon took advantage of them to slowly open the gap. A final basket from Vaulet approached the Manresans, who raced locker rooms with a 5-point disadvantage.

The Israelites came out of the break and, with the help of an inspired Cline, widened the gap to 15 points. Pedro Martinez's men watched the iron spit again and again, and the coach was forced to ask for timeouts to reverse the situation. Despite an attempt to change the game's dynamics, UNET Holon continued to score easily with a maximum of 20 points. Vaulet chained 4 points that initiated a timid reaction from Manresa. Within 30 seconds to finish the third quarter came the first triple of the Manresans (they had so far 0 of 17), Nelson's work and left the home side 14 points down to a quarter to finish.

Nelson opened the final act as the third ended, with a basket of 3. The precipitation to reduce the gap passed to the Manresans, who saw how the visitors scored two three-pointers in a row to put the ground again in the middle. The BAXI Manresa, stronger in defense, took advantage of free throws to reduce the distance to 10. Nelson's inspiration came just in time, with two consecutive outs and leaving them just 4 points behind. A basket by Dani Pérez put the game in a 2-point fist and a new heart attack. In the last seconds, UNET Holon sent his shot to sentence and in the last possession it would be played by Dani Pérez, who in a forced situation could not find a basket. Final defeat of the Manresans who have to wait to certify the classification for the next phase of the Basketball Champions League.