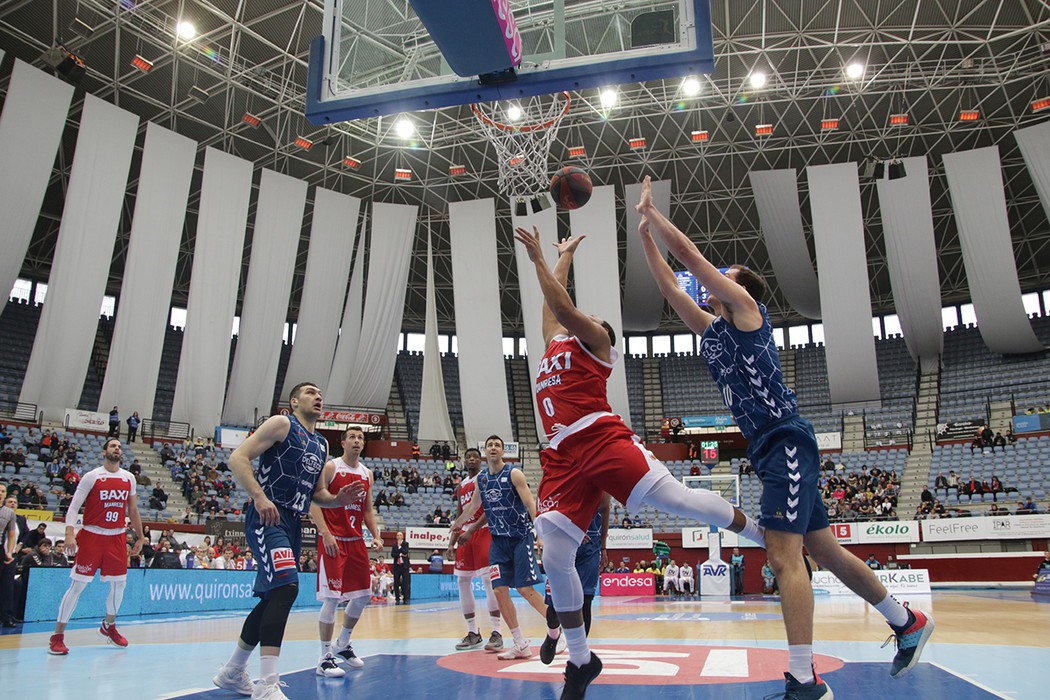 Irregular match of BAXI Manresa in Donosti, but that has served to achieve a very important victory, the ninth. It was necessary to force the extension after the free throws of the premises and Lundberg did not fail from 4.60. The Danish has been the most toned with 22 points, followed by Toolson with 19.

The start of the game was promising for BAXI Manresa, with a partial output of 2 to 14. Toolson would score 12 points in the first period, and the home team could not find a way to score for good Manresa defense. They finished the first period with 10-22.

In the second period, bad time for the interests of BAXI Manresa, which fit a partial of 25 to 9. An initial three-pointer by Fisher answered the first home team hits, but the losses punished the Bages team in this period. Only the bonus, the free throws and a final three-pointer of Lundberg made the hole not bigger.

Second part also locked. BAXI Manresa started with more energy than the rival, and placed 4 points above. The Haitian pivot endured the team in the hand of the third period. A great dunk from Lundberg left Manresa at the doorstep of what should have been the last 10 minutes.

There would be but a fourth quarter and an extension to seal the victory. The last to arrive came into action: Zubcic with a dunk in counterattack and Fisher with a 2 plus 1. In the last play of the period, the home team missed a free throw that left them with 2 points of advantage. Lundberg was fouled and tied to force the extension with 3 seconds. In the extension, Manresa could be right at the beginning to morally sink the premises. Iffe and Zubcic scored first, while a three-pointer from Toolson and a Fisher pump forced a minute of home team time-out. The match closed to the free throw line.

Peñarroya, Manresa coach, said in the press room that "we are satisfied with the result, but the dynamics have influenced us to win, we started well, with ideas clear and energy, dominant, and that has made us wrong about what kind of party we would have, we lost 8 balls in the 2nd quarter, and the rival has taken the initiative, in the end, our personality and the bad dynamics of Gipuzkoa have made we won and arrived with options to play the Cup on the last day of the first round " .