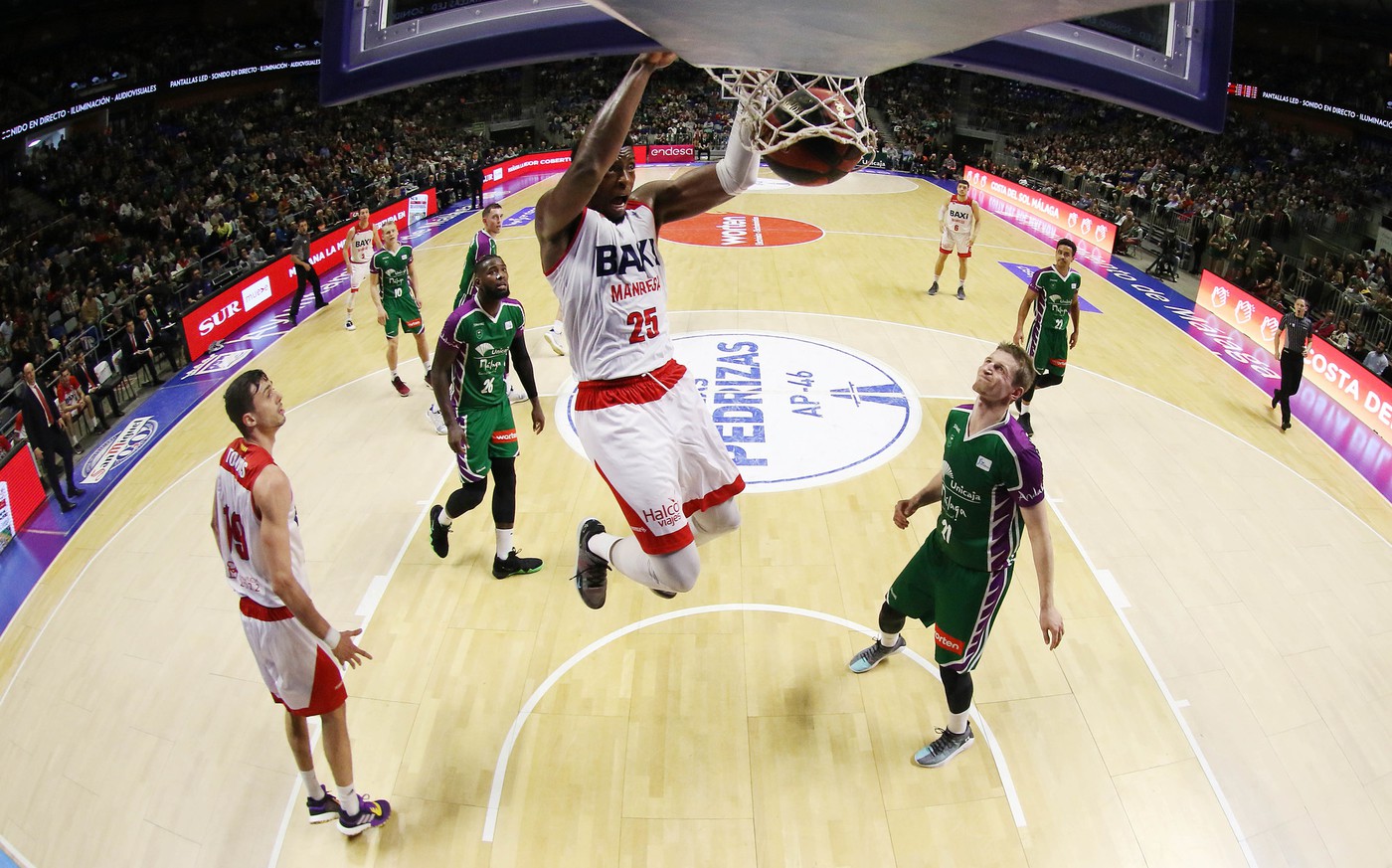 It could not be, but BAXI Manresa once again made its fans enjoy again, with a defeat on the horn in the court of one of the great teams in the league. Ryan Toolson, an extraterrestrial who made 30 points, almost extinct the overtime, saved on the horn by Kyle Wiltjer, who scored 2 points in a spectacular final in Martín Carpena.

The game started with BAXI Manresa inspired, shot and determined to put things very difficult to the Andalusians. Fisher began to score for 3, and afterwards Pere Tomàs and Zubcic were inspired to score 5 consecutive points. Toolson started his particular festival and the team achieved a great annotation, but the Malaga players chased in a good quarter final straight.

In the second period the Bages players were overtaken by Unicaja, with first minutes of blockade in 25 points. But three-pointers, of Toolson (with additional) and of Zubcic, came back. Later Lalanne was the one who kept floating the team, to reach the end of the second quarter one point below.

After half-time, again a difficult part. When the team was going through bad times, Lalanne fluttered out and Toolson scored from 6.75, but Peñarroya could not help but request a minute after a shot by Shermadini. A three-pointer of Lundberg and a 2 plus 1 of Toolson again presented Manresa to the game, to 5 points. Everything to solve.

The last quarter was a show. High score, very good, and an agonizing ending that came off for Manresa. Murphy and Ryan Toolson scored two three-pointers to the limit to go back in the last minutes. Murphy brought the team to 1 point, and Toolson tied a few seconds to the end with a three-pointer where many saw, in addition, a foul. The Malaga players combined to finish off a good shot of midfield distance Wiltjer on the horn.

Joan Peñarroya declared in the press conference that "we have to congratulate Unicaja, the public and our players: coming and doing the brave match that we have done with options has merit; We have started well, having controlled the defensive situations, but they have taken their talent and have found easy annotation options; Things to improve but few complaints about our game, maybe we could have more control over the rebound; in the end important talents of them have appeared; the last possession has made them perfect ".