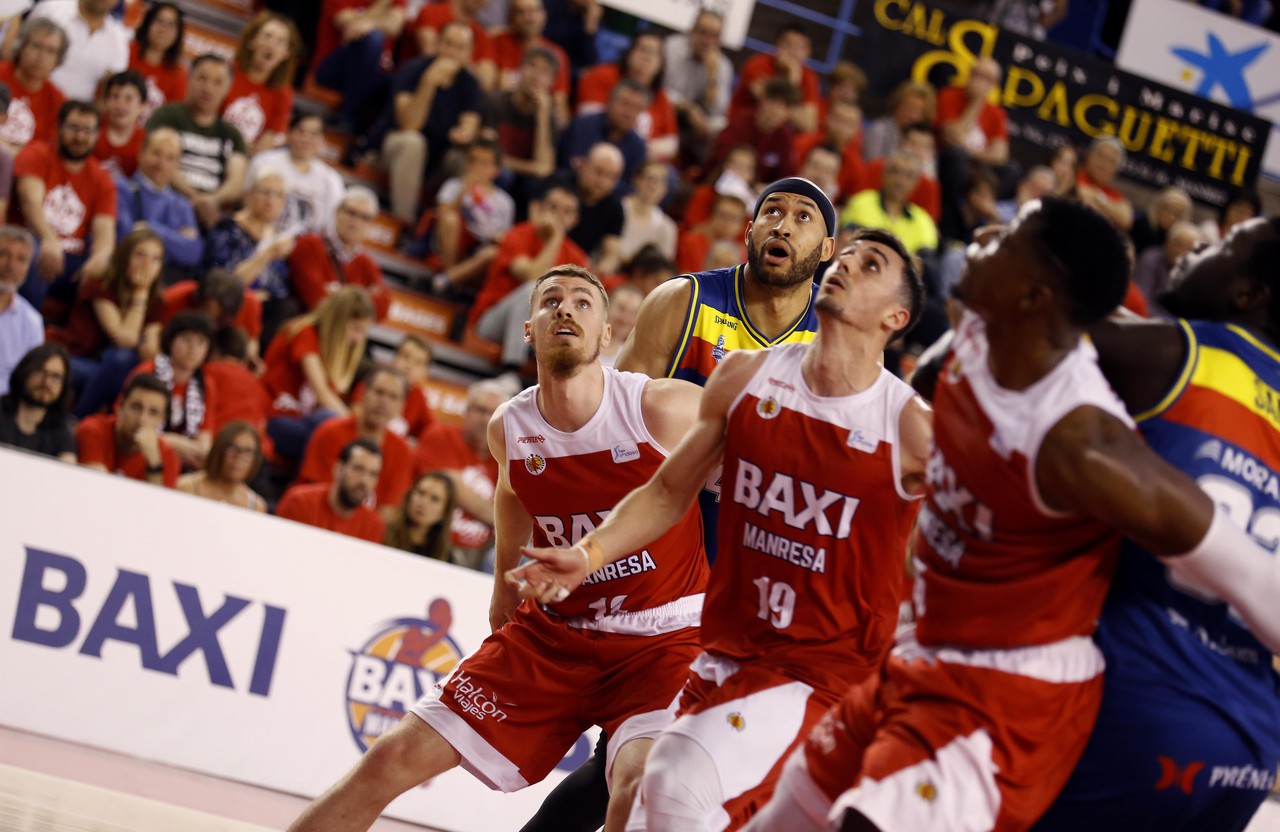 There was nothing more that could be done. The BAXI Manresa players gave everything they had in the defeat with MoraBanc Andorra. Those of Joan Peñarroya saw how Toolson was injured in the 4th minute of the match and lost, while Lundberg returned to respond with 19 points, while Tomàs scored 14. Many protests again in the Nou Congost that sees an unfair treatment of the referees towards the Bages team.

The match began with equal, with a Manresa who acquired the first advantage and Andorrra from the outside hit found a way to escape (4-11). Two three-pointers by Pere Tomás, very successful, leveling the game, marked by good defenses. Those of the Pyrenees were slightly higher in the first period, and they took the partial by 4 points. In the fourth minute of the game Ryan Toolson left the track, which was "stuck" in a defense and could not act more.

The second period started with a good play by alley-hoop between Garcia and Sima, and a spectacular dunk from the Mallorcan guard. They answered for three to maintain the advantage. The game was close, and Guillem Jou was able to keep Manresa close, and two plays at the end of the second period cut: one from Iffe and the other from Jou himself. 6 points for comeback that seemed possible.

In the beginning of the second half, good intensity and initial basket of the home team. The difference was only 3 points, but the good work of the visitors left a margin of 9 before the last period. The decibels grew in the Nou Congost, and the atmosphere began to be contrary to the referees, who seemed that the more whistles felt, the more they went against BAXI Manresa.

The protests provoked a technique to the home bench, already at the beginning of the last quarter. The BAXI Manresa seemed that apart from having a great rival, injuries and setbacks, he had to fight against the trio of referees. However, the team showed spectacular bravery, and rowed against all contrary currents. The Manresa was placed at 6 points, and Navarro asked for minute. The good management of MoraBanc gave the victory, in another great night of atmosphere in the Nou Congost.

Joan Peñarroya, in the press room, refused to talk about the referees. He valued the game saying that "I want to show pride for the team we have, and for the fans we have; very great difficulties, the team has competed and given everything it had; we are in a situation in which we depend on us to achieve a goal, and in 36 hours we have a match that we will prepare tomorrow after resting for the game will face ».