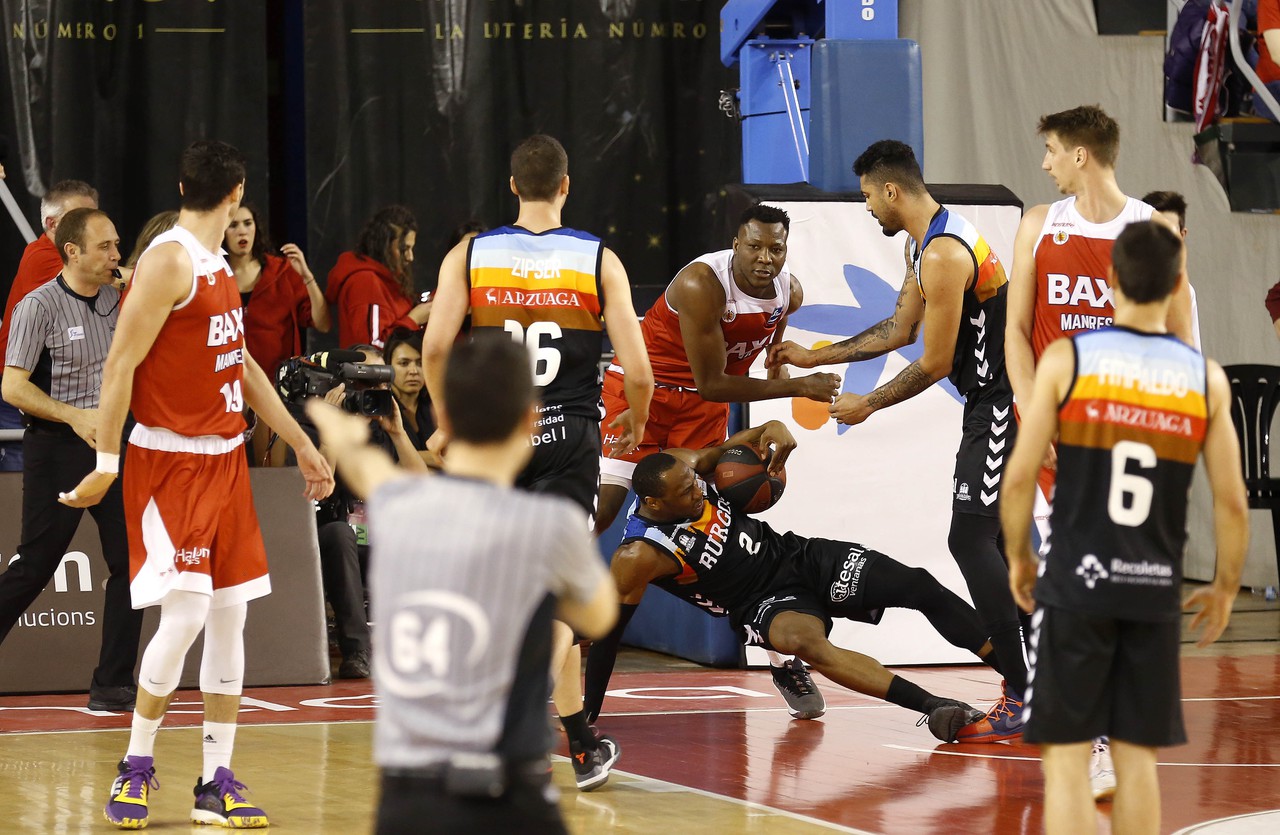 In the match of the 24th, almost nothing came to BAXI Manresa, who was about to complete a comeback when he had gone 15 points in the 3rd quarter. The move did not go well in the last 19 seconds, and the team turned back. A new vibrant Congost could not celebrate the victory.

BAXI Manresa struck the scoreboard and repeated Tomàs from triple to confirm a good start with Zubcic scoring 7 to 0. In the first quarter, the team led the scoreboard, leaving 5 points at the end of the first period.

In the second period began scoring Fisher from afar, but rebounds began to escape. The team committed too many losses, and many balls escaped from their hands. Burgos already tied 23 and after a Fisher's bomb would match the match 3 times, until Manresa was 4 points below halfway.

After going through changing rooms, negative part again, with visitors who got to get 15 points. Cady Lalanne swarmed before the Spaniards escaped to 11 points. Two triples of Murphy in the absence of half a minute put the team in the game, just before reaching the gates of the last 10 minutes.

In the last quarter, an anti-sporting game encouraged the New Congost, but it still needed to paddle: Burgos was 5 points higher. A 2 plus 1 from Zuba and another from Lundberg pushed the team at the opponent's shot, and then Fisher scored 2 free throws to tie. San Paablo Burgos scored 1 shot after missing, and left 19 seconds to finish the comeback, but the team lost the ball and committed the field back. He did not play to win, too bad luck to win the victory. The "mistake" of visitors scoring a free kick in the absence of 1.1 seconds gave hope, but the remote launch of Toolson did not enter.