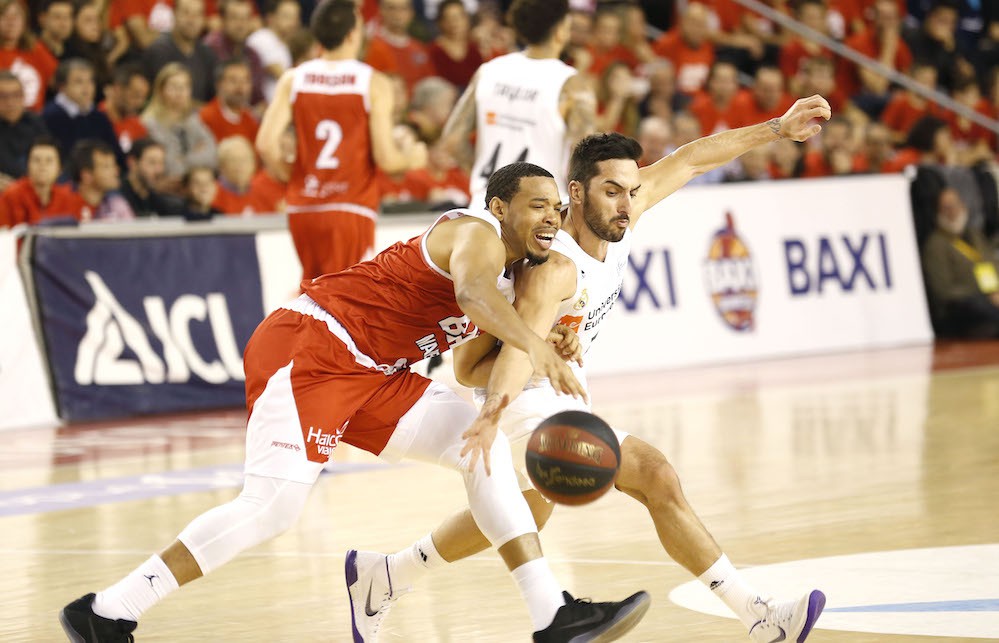 BAXI Manresa could touch it with the tips of his fingers. They had to win in Madrid to go to the Copa del Rey, and Joan Peñarroya's men were about to do so. There were 5 points left, there was a good hit in the whites. The Bages team closes a first round much more than excellent with 9 wins.

The Nou Congost had an unbeatable look. Great atmosphere before and during the game, full absolute and a tier delivered. The match began, and the first three-pointer by Dragovic made the home team believe that they could compete. The success in the triple (Tomàs, Toolson) kept the match even, which ended the first quarter 22-22. It was already a vibrant match from the start.

Even though in the second period, Joan Peñarroya's men would be ahead. Iffe Lundberg scored 30 to 26 and the Congost certified that the call had worked: the pavilion was a boiler. The three-pointers of Zubcic, who scored after several attempts, Toolson, and Lundberg, and a free throw by Pere Tomàs would place the 4 advantage for the Manresa.

In the second half, started the third quarter, with many errors in both baskets. The Madridistas took advantage of the bad moment of the BAXI Manresa, but Lundberg got his desire to fight for not letting the game break. To 4 points of Madrid, with 10 minutes to be disputed.

The last quarter started with protests to the public and on the bench, and technique was pointed out in Peñarroya. Then Sergi Llull would find inspiration. Manresa did not give up, and scored Muñoz after stealing, before Fisher stole and scored a three-pointer that spurred the premises. In addition, the new guard made a 2 plus 1, but did not enter the next three-pointer of Zubcic and the match died.

Joan Peñarroya said in the press room that "it's not the afternoon we all wanted, we can not be happy with our result; I want to congratulate my players and the Nou Congost; we are not going to play the Cup, we have 9 victories and many times to play good basketball, with circumstances that still give more value; we have experienced a match that makes me feel very good, although now I am angry » .