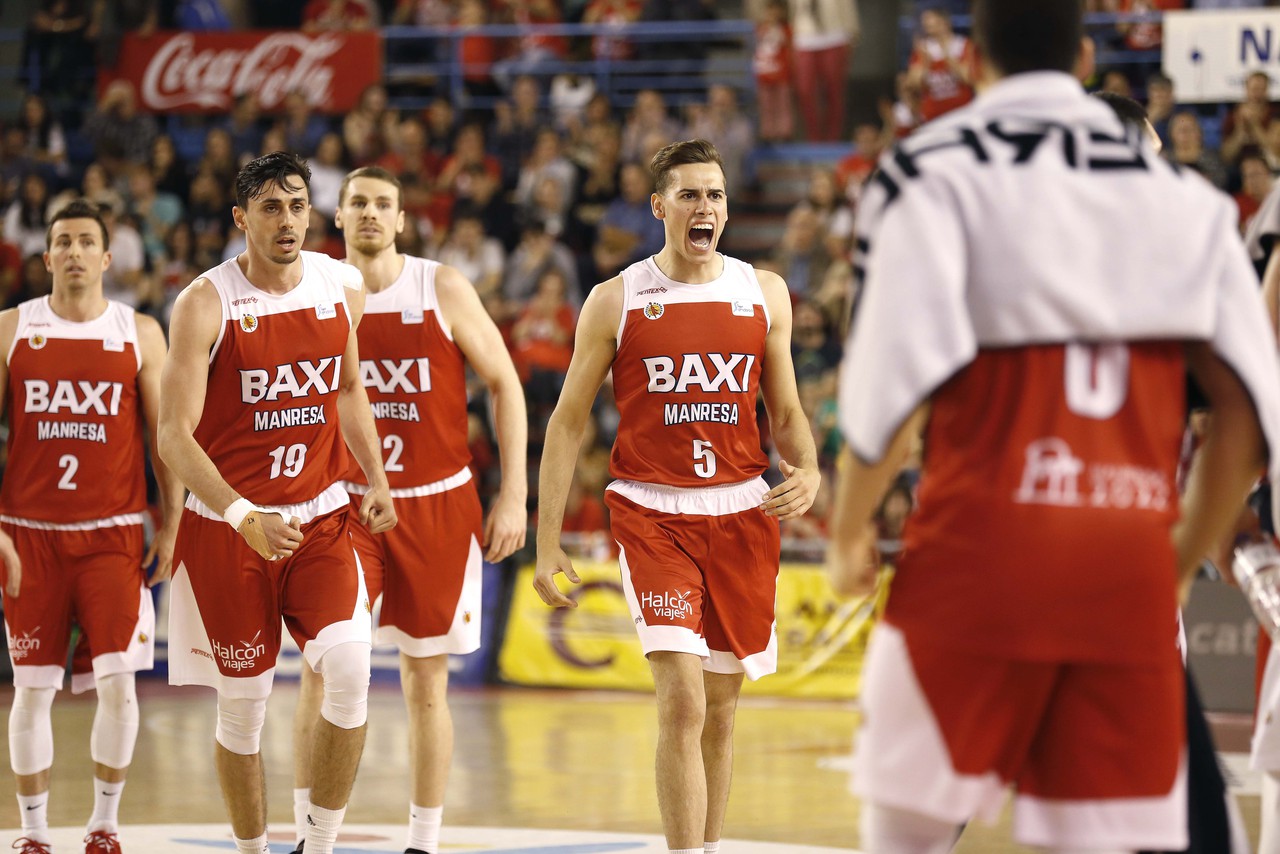 BAXI Manresa continues in a cloud, with a total communion between team and hobby, and accumulating victories. Yesterday the victim of the New Congost was Gipuzkoa GBC, in a match where men like Guillem Jou (14 points), Cady Lalanne (16), Muñoz (13) or Tomàs (12) stood out. David Orritus also had minutes.

The game started with Manresa with difficulties to score, and the visitors toned and leading the scoreboard. Toolson unleashed the team with his "5" basket, and with the success of Muñoz and a lot of work behind him, the Riders managed to match the partial and even get ahead, although a triple of Corbacho put 20-20.

In the second period, BAXI Manresa began to mark the territory. Partial favorable with the beginning basket of the protagonist of the night: Guillem Jou. Two plays of 2 plus 1 added to those of the Bages, and a ball robbed by the one of Llagostera attended Lundberg by 36-29. Visitors wanted the minute. Pere Tomàs struck a triple, and the reds scored 9 points.

After half an hour, the Peñarroya team, acclaimed yesterday by the fans, entrusted the party with a favorable result for 5 points. It was the moment of Cady Lalanne, under the basket, and of Álvaro Muñoz, who played as a base penetrating, writing down, or receiving fouls. Guillem Jou with a triple nine raised the fans, and a new launch from 6.75 of Tomàs, luckily, put 12 points over Manresa. 14 to defend in the last 10 minutes.

The New Congost was seeing the victory close by, and it turned once more into a party. Triple of Zubcic to start, but the Basques were not willing to give the arm to torch. Two triples plus Jou in this period, and another from Toolson to close the scoreboard, 84-74. The Congost was once again a party, and the Peñarroya team can only look at the qualification for play-offs for the title.