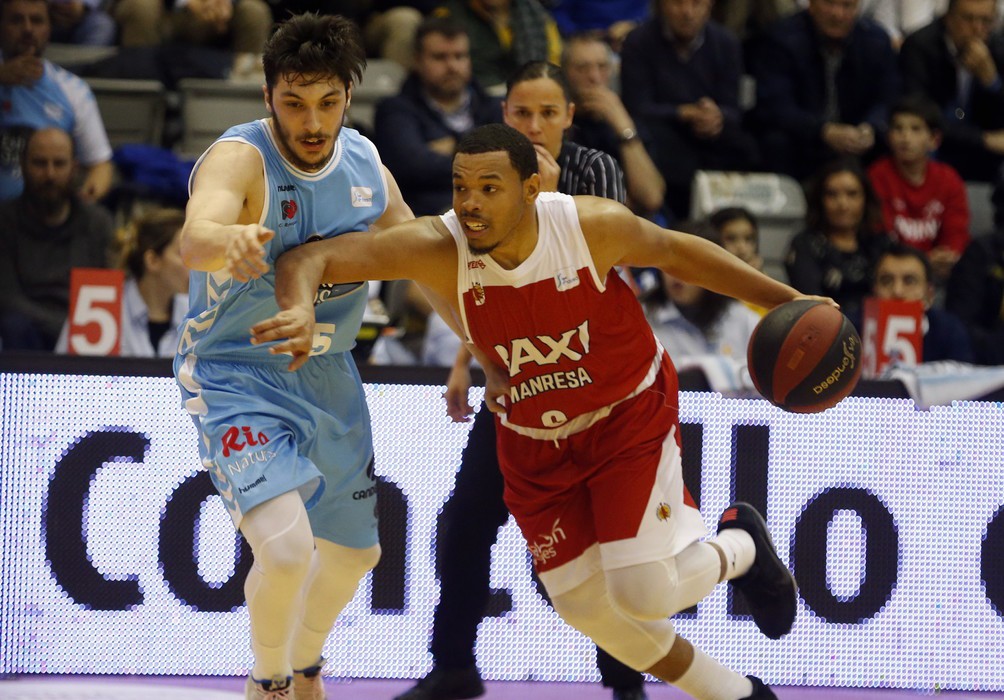 Another one in the bag. The tenth victory of BAXI Manresa came in the first match of the second round, in the visit to Lugo. The match was fought until the last minutes, although the red led the score without being caught from the start. The guard Corey Fisher with 18 points, and the center Lalanne with 16, were the lethal pair for the Breogán.

Right from the start, BAXI Manresa took the lead, with two first wins since Lundberg's three-pointer. Toolson started on the bench after a week of discomfort. Fisher signed up for the triple hit festival that marked the start of the match, along with Dragovic. However, the defensive errors did not allow to move the opponent to more than 4 points.

In the second quarter, defensive work and a partial low score for the Breogán cut a little. They tied to 25 the home team with a three-pointer of Cvetkovic, but then Lalanne closed the pass with a stopper and scored Fisher of 3. Good fight of Muñoz to give points in second options, and minimum advantage to the rest.

After passing through locker rooms, partial minimum for Manresa. Lalanne and Fisher started hand to hand to lead the team, with the support of Toolson, who despite not having his best day scored a great basket a hoop last. Sima also collaborated with a stroke of fingers. Everything was to be decided in the last 10 minutes.

Good control of the tempo by Fisher, and sentence of Toolson in the last moments of the last quarter, but had to sweat: 2 minutes of the end the Galicians were only 5 points. But the good work and the quality and experience of Ryan Toolson sealed the match. A great victory to start the second half of competition.

Coach Joan Peñarroya said in the press conference after the match that "we are very happy to achieve victory against a team very different from the one we met 2 months ago, we have been since the first fourth ahead, but Breogán has never been released, we have not been able to break the game for one reason or another, we have suffered until the end, I think we have had a balance, starting with a lot of 3 points, we have scored the counterattack; in the second part we came out with good tone, playing with balance, a team victory that reinforces the work done " .