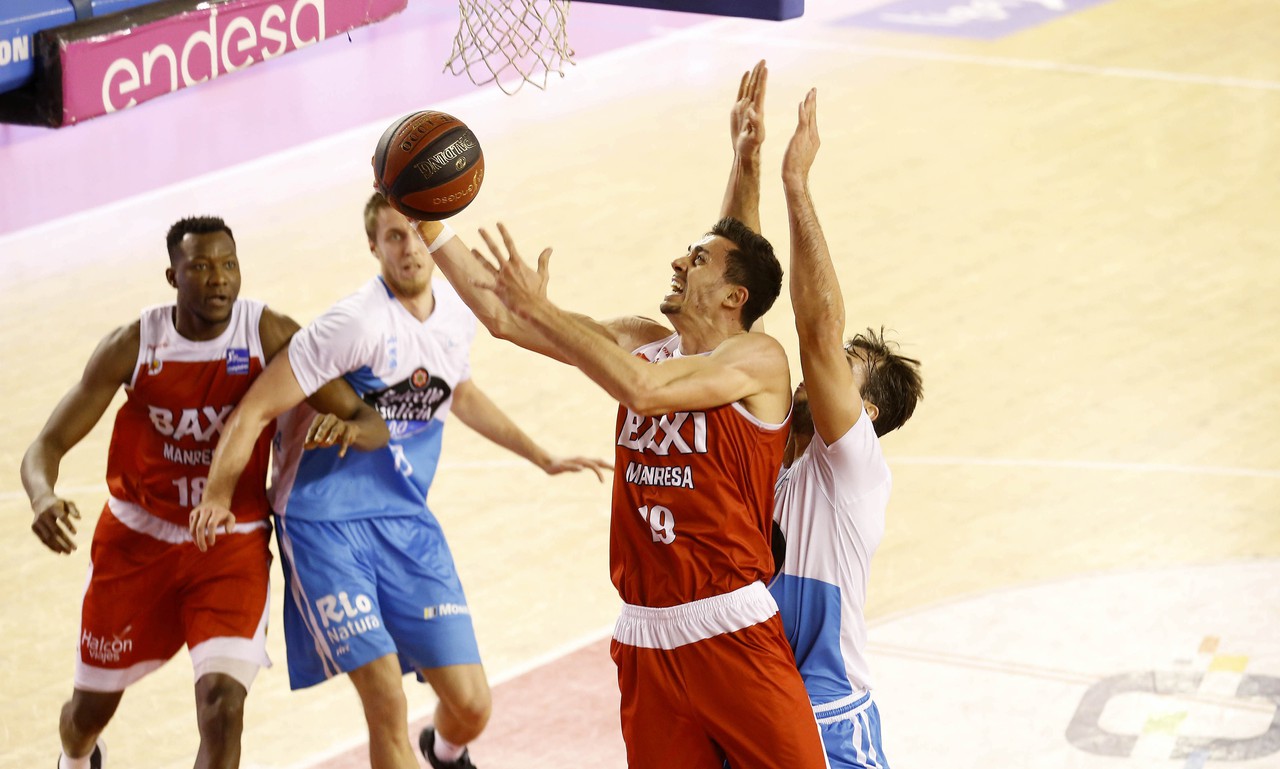 BAXI Manresa has done it again, and has 13 wins. The Nou Congost celebrated a very hard victory tonight at a very hard game to peel, and in which he had to work until the last breath. Up to 5 players exceeded 11 points, and the most outstanding was Lalanne with 10 rebounds and 16 points.

Although the good start with a great success both inside and outside, nothing would be easy for BAXI Manresa in another vibrant night in the Congost. Zubcic started with a 2 of 2 to put 15 to 9, but the visitors did not allow the Bages to go on the scoreboard.

Álvaro Muñoz started scoring the second period, but tied the Galicians through Llovet, and Fisher did not refine much in 3 free throws he had. It was not a day to look, but to work. Up to 16 alternatives on the marker would be in the Congost. Halfway, equal to 37 points.

After passing through the changing rooms, they would be the visitors who would lead the game, until Pere Tomàs scored 3 to turn the score once again. Defense, fouls and penetrations to arrive with just 1 point difference in the last quarter.

In the last period Manresa would surpass by 4 points, decided in the last moments, the rival, and would win the victory. The visitors had an income of 3 points at various times, but a further 2 plus of Fisher, and a triple of Toolson led the victory, which could have been sentenced earlier if it had not been for an unlucky play by Lalanne under the basket In the end, the victory is left in the Bages.

Joan Peñarroya told the press conference after the party that "it's a good night for us, a very tough game; I want to congratulate my players to overcome many problems, but I must also congratulate our fans, which has been spectacular; surely it is the most worked victory and the one with the greatest difficulty, it has cost us a lot ».