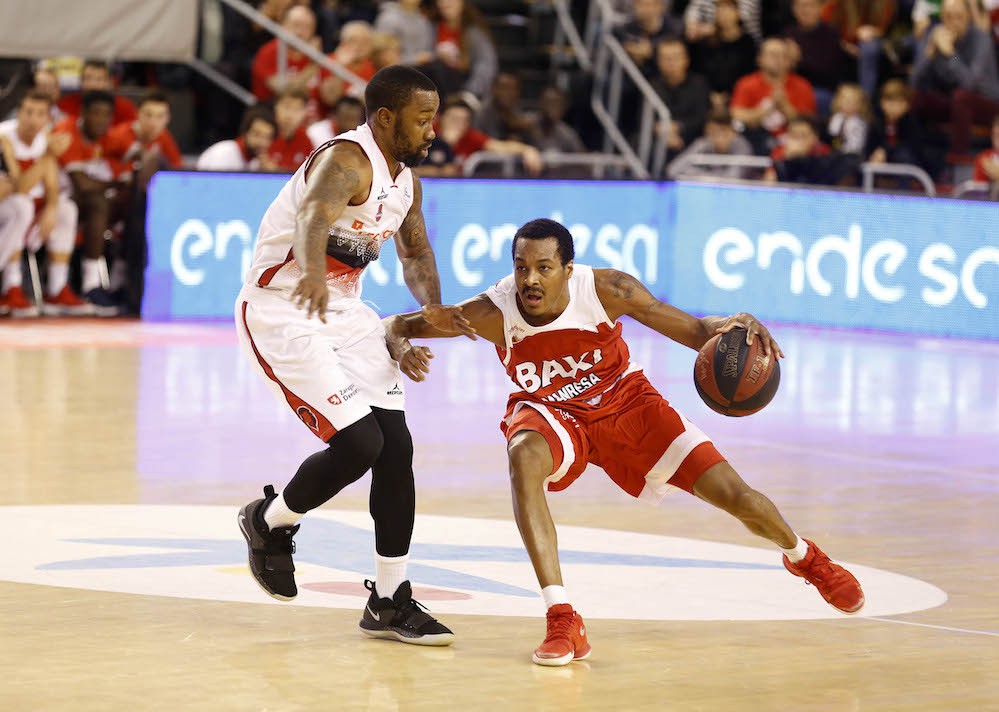 The Nou Congost has experienced good games this season, but the last one with Tecnyconta Zaragoza, at the gates of Christmas, was almost perfect. Victory of 21 points on a direct rival, solidarity rain of stuffed animals at halftime, and debut of two juniors of the house: Pau Treviño and David Efambé. Renfroe remains at the helm of the team with 21 points and a stopper that will be the plays of the day, while Lundberg made 18 and Toolson, 17.

The match began with a BAXI Manresa decided to take the match. Iffe Lundberg started sending with 2 points and an assistance that left only Lalanne to crush. All went into the first quarter: Two three-pointers from Renfroe, one from Pere Tomás, and another from the guard that preceded one from Dragovic and another from Toolson. The rival, nevertheless, continued alive with 23 points, by 34 of Manresa.

In the second quarter the scoring rhythm stopped and the Aragonese won the partial to get a little closer. Lundberg unclogged the team with a three-pointer, while then, in a minute of madness on the counterattack, Renfroe made one of the plays of the day, with a block to Nacho Martin. Toolson and the free throws closed the marker to the rest with still 6 points of advantage.

In the third period, the reds added a hole of 10 points and they would go away of 16. Two consecutive three-pointers of Renfroe and Doellman, and a counterattack of Lundberg opened breach before the final straight line. A three-pointer of Renfroe just after the 4th foul of the visitor Javier Justiz preceded a series of throws from free throws, with percentages that could be improved.

In the last quarter, the intensity was lowered, and Peñarroya demanded attention from his players. Two consecutive baskets of Dragovic animated the pavilion in the last minutes, in which the atmosphere in the Nou Congost was unbeatable. Victory wide and without suffering of a team that allows to enjoy and made its fans dream.

Joan Peñarroya said at the end of the match that "we are very happy for the victory, but above all how we have achieved it among all, both the team and the chemistry between the grada and the team, which has allowed us to be brave at certain times; we have taken the initiative, with our pace, finding solutions to the casualties, it has been a choral match for all the players, adding for the cause and thinking about the team» .