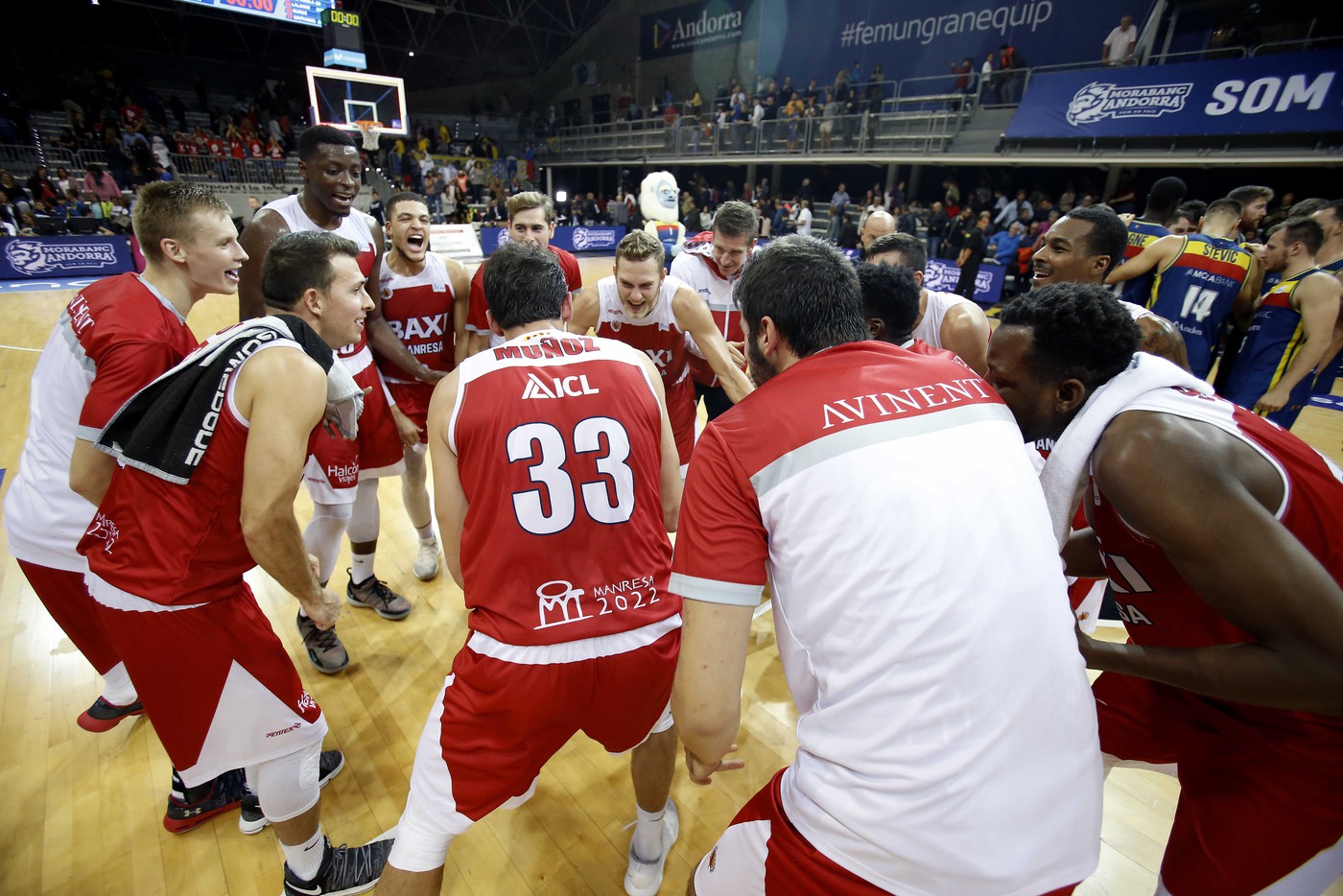 Very laborious victory of BAXI Manresa, which exceeded MoraBanc Andorra by 77-82 as a visitor. Joan Peñarroya’s men made a very serious game, in which they started from behind, but in the second half they overturned the score, largely thanks to the good work of Vene, with 23 points, and the center Cady Lalanne, with 17 points and 5 rebounds. Most important, however, was the good management of the moments with pressure. Good debut of Del Águila (6 points).

The game started with BAXI Manresa chasing the MoraBanc Andorra, a team that is traditionally very strong on his court. However, the first basket was for Cady Lalanne, a three-pointer. After the tie to 5, the Andorrans escaped in the scoreboard (12-7). Vene and Muñoz scored and Manresa was 4 points behind the rival.

In the second quarter, very good reaction from the red ones. Del Águila, with a three-pointer, started, and Vene followed him with 2 more hits from 6.75. A dunk of Sakho tied the game, and BAXI placed 4 above before the horn that indicated half-time.

After half-time, another good partial would leave the Catalans 10 minutes away from a victory that seemed increasingly possible. Lalanne punished the opponent under the basket, and the home team immediately came in bonus, which had the Bages team continuously on the line. The game was closing in the last 10 minutes.

In the final quarter, despite the pressure of MoraBanc Andorra, good management of the final minutes and difficult balls, with great minutes of Lundberg and Renfroe in the direction. Also Lalanne was erected as a solution in the moments of pressure, with essential baskets and free-throws, as well as a penetration of Renfroe within seconds of the end. The victory went away to El Bages.

Joan Peñarroya told in the post-match press conference that “I am very grateful to Andorra and its people for the tribute I have received before the start of the match; we came to play a game with the intensity that marks Andorra from the beginning at home and outside, and to match the physical level, and I think we have achieved it; Lalanne charges fastly of fouls and we have not been able to exploit the tactical situation we wanted; We have been plugged in, not letting Andorra play comfortable, and from there we have grown finding players from everywhere, both from starters and from the bench “.