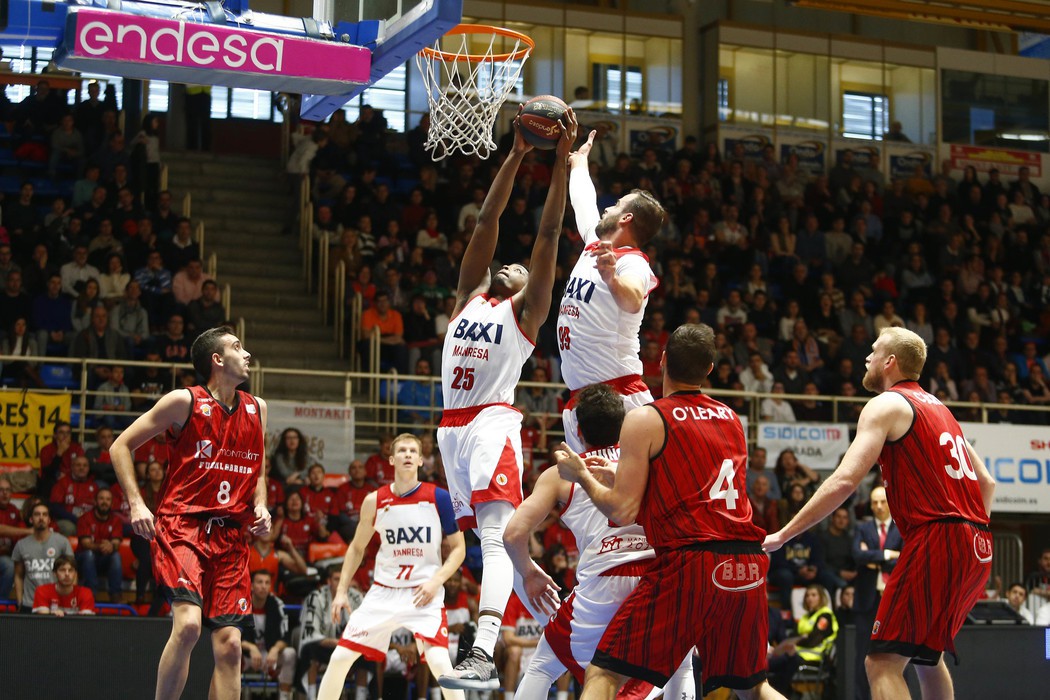 BAXI Manresa could not finish the visit to Fuenlabrada with the third consecutive victory. Defeat in a tight game at all times, with only one unbalanced period, the first. The men of Peñarroya could not give the return to the marker in the last period, but the match was solid and fought until the last moment. Toolson with 19 points and Doellman with 16 led the visitor statistic.

The match started with spectacular success on both sides. Vene, who debuted playing at the beginning with Fuenlabrada, responded to Toolson's initial three-pointer with another success. Draw to 6, tie to 10, and the premises opened, through a great success and Paco Cruz, a hole of 5 points that would equal and change with 3 free throws by Pere Tomás (21-22). A couple of baskets condemned the errors of BAXI Manresa at the end of the first period.

The first baskets of the second period came from the painting: Sakho and Lalanne, with a play with additional, did not allow the Madrileños to march. An unsportsmanlike Cady Lalanne allowed the locals to distance themselves again, but Toolson and Doellman avoided major problems. BAXI Manresa was still fully involved in the game.

The second half started with Toolson's success, but it was the best moments of Fuenlabrada, which escaped to 11 points. Little by little, however, Renfroe, Sakho from below, and Lundberg with 5 consecutive points left the match as it was, with 5 points.

In the last quarter, they went back to level partial, although Manresa missed some free throws in the final stretch, and allowed too many second chances in the defensive rebound. The final stretch of the game had many free throws, and here the marker was finished, with a last chance of Justin Doellman from the three-point line, where the extension could not be forced.

Joan Peñarroya said at the end of the match that "they had control during most of the game, although we entered the last quarter with options, I think we started badly, is the idea we had, we let them play too easy, they punish us with the triples, in the first two periods we lose the fight to the rebound, we could have been better in some situations of individual responsibility" .