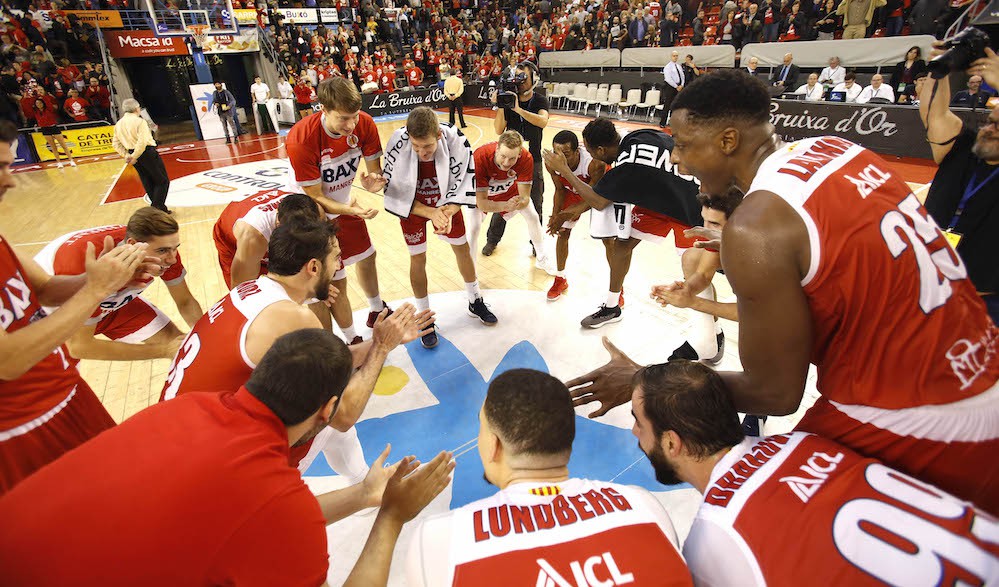 After the break for the national team matches, BAXI Manresa returns to the championship in the Fernando Martín pavilion, where on Sunday at 12:30 it will face Montakit Fuenlabrada. The players of Joan Peñarroya want to keep up the good work, especially away from home, in the start of the league. The team of the community of Madrid are twelfth with 4 victories.

Fuenlabrada is the next rival of BAXI Manresa. The men of Joan Peñarroya, at the technician's disposal - except for Paco del Águila, who was operated on for a fibrillar fracture this week. The challenge of this eleventh day is to keep adding away from home, as the team is doing this season, and stay among the first in the standings.

There will be a rival this Sunday who has had an irregular start, with change of coach included, and right now he is in the 12th position, with 4 wins and 6 defeats. The Madrid team has just announced the signing of Siim-Sander Vene, who started the season with BAXI Manresa doing good performances.

Joan Peñarroya said in the press conference that «after the break we go back to the competition, these stops you never know if they go well or badly; I think we have done well, we have arrived fresh and with a good mentality; the team is fine, we are facing a complicated journey, on a difficult track, where they will have joined Siim-Sander Vene» .