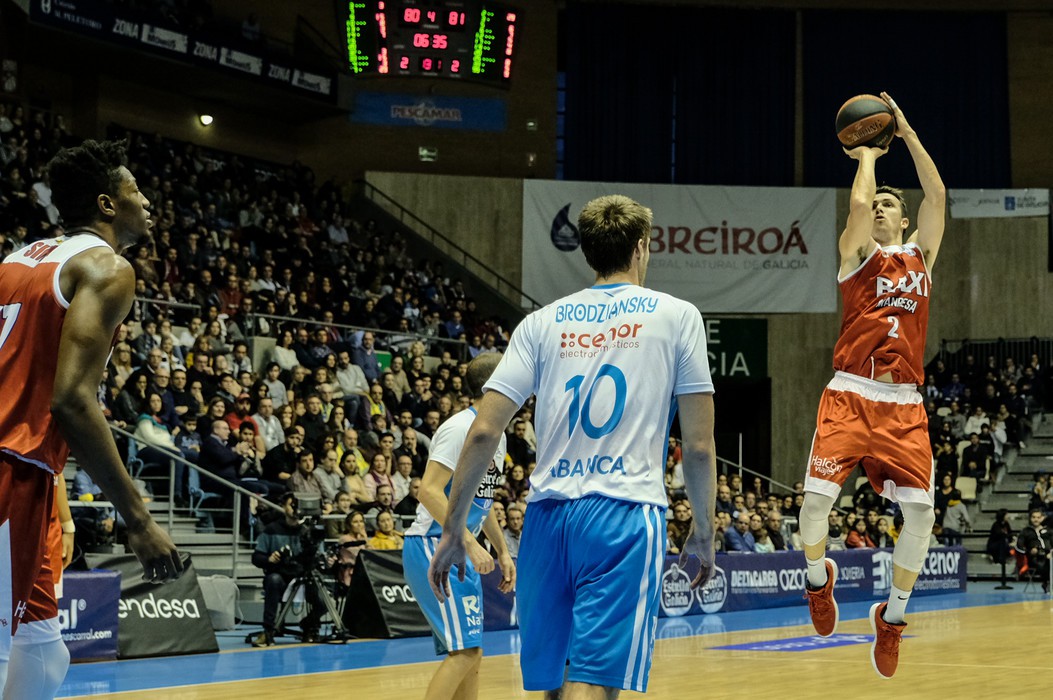 BAXI Manresa disguises itself as a group of superheroes this Sunday afternoon at Fontes do Sar. Victory in bad conditions for the team, which came with a lot of casualties (Doellman, Gintvainis, Sakho ...) and a newcomer and debuted in the league, Yankuba Sima. However, a vibrant match gave the team the eighth victory.

The match started even in Santiago, full of alternatives, and with a Dragovic very inspired at the three-point line, with 3 of 3 initial pitches, which gave advantage to BAXI Manresa. On the other side, however, the inspiration of the Greek Vasileiadis turned the scoreboard around. Equality reigned and would reign in the first part.

In the second quarter the home team prevailed by a point in the partial, and they entered the scene unusual men like Guillem Jou, author of 6 points, and the center from Girona Yankuba Sima, that gave samples of the fight that is capable of offering the team. Two fouls on the three-pointers of Jou and Tomàs allowed to maintain the rhythm of Vasileiadis.

In the second half, the game was still equal but the partial ones would all have a favorable score to BAXI Manresa. The best minutes of the home team gave them a 12-point lead, and when it looked like they could break the game Ryan Toolson appeared, with 19 consecutive points to turn the scoreboard around. It seemed that he was not capable of failing.

A point of advantage at the beginning of the last quarter, where the team woke up with a dunk of Sima, spectacular, and a subsequent counterattack culminated by Lundberg, brilliant in the last minutes. Control of the match in the hot moments, and the three-pointer in the last seconds of Vasileiadis did not scare those of the Bages, who would end the game with a counterattack and dunk of Lundberg. An invaluable victory that confirms the team in the first positions.

Joan Peñarroya said in the press room that "very happy to get this result, as a coach because of the team's way and mentality, we came from a very complicated week, with bad news every day, they start with a spectacular Vasileiadis that we did not know how to stop, we had clear that we did not have to break down, and when we had worse we had a good time where the streak of Toolson, which makes a festival, but our defense allows this streak, I think we have controlled the end of the match quite well, Yankuba Sima has debuted playing 20 minutes" .