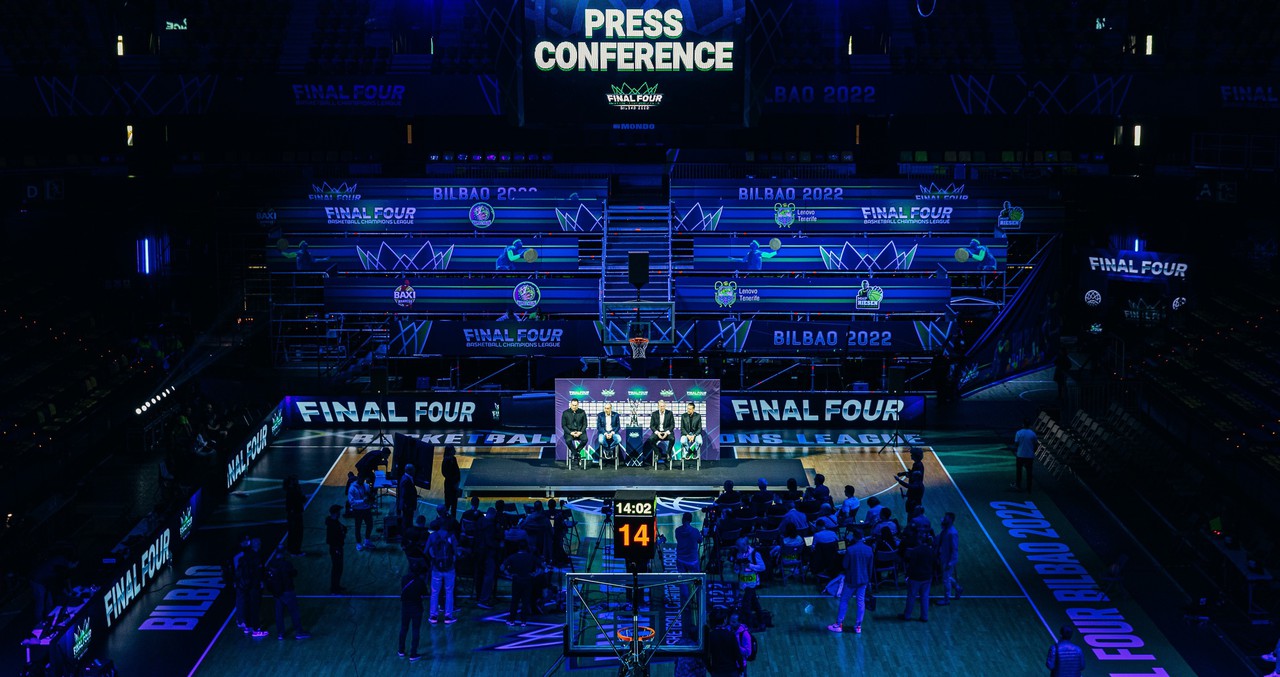 BAXI Manresa visits Bilbao to face MHP Riesen Ludwigsburg. The match corresponds to the semi-finals of the Final Four of the Basketball Champions League. For the first time in its history, the team from Bages will play a European final phase. In this edition of the BCL, the reds are the team that scores the most points (85.8 points per game) and assists the most (21.8 assists per game) in the competition. For the encounter, Pedro Martinez recovers some players in the outside positions and will be able to count on the presence of Sylvain Francisco and Dani Perez.

The team had almost a week of training to prepare the duel and recover sensations. The Manresa players want to continue to show their competitive capacity and prove that they are capable of anything. In front of them, however, they face Ludwigsburg, a very solid German team, which will present a demanding and complicated match. Dani Garcia and Guillem Jou are still injured and will be out of action. Toni Naspler is in Bilbao with the team.

MHP Riesen Ludwigsburg, coached by John Patrick, usually plays with a short rotation made up of different players capable of providing quality minutes in different facets of the game. Defensively, the Germans are versatile and efficient, as they are the team that concedes the fewest points in the competition. Statistically, from Ludwigsburg, it is worth highlighting the guard Justin Simon with 14.6 points and 7.5 rebounds per game. Also, point guard Jonah Radebaugh with 14.3 points per game.

Before Saturday's game, Pedro Martínez and Guillem Jou appeared. The coach explained that «we know that it is very difficult to win this competition, although if we have a good weekend, we can have a chance; we are prepared and motivated; now is the time to compete and the key is to do things well». For his part, the captain of BAXI Manresa, added that «at the beginning of the season we were not in the betting to be in the Final Four, but we have done a great Champions League and we deserve to be here; with the work we have done I think no one is surprised that we are where we are and that we can fight for this title».