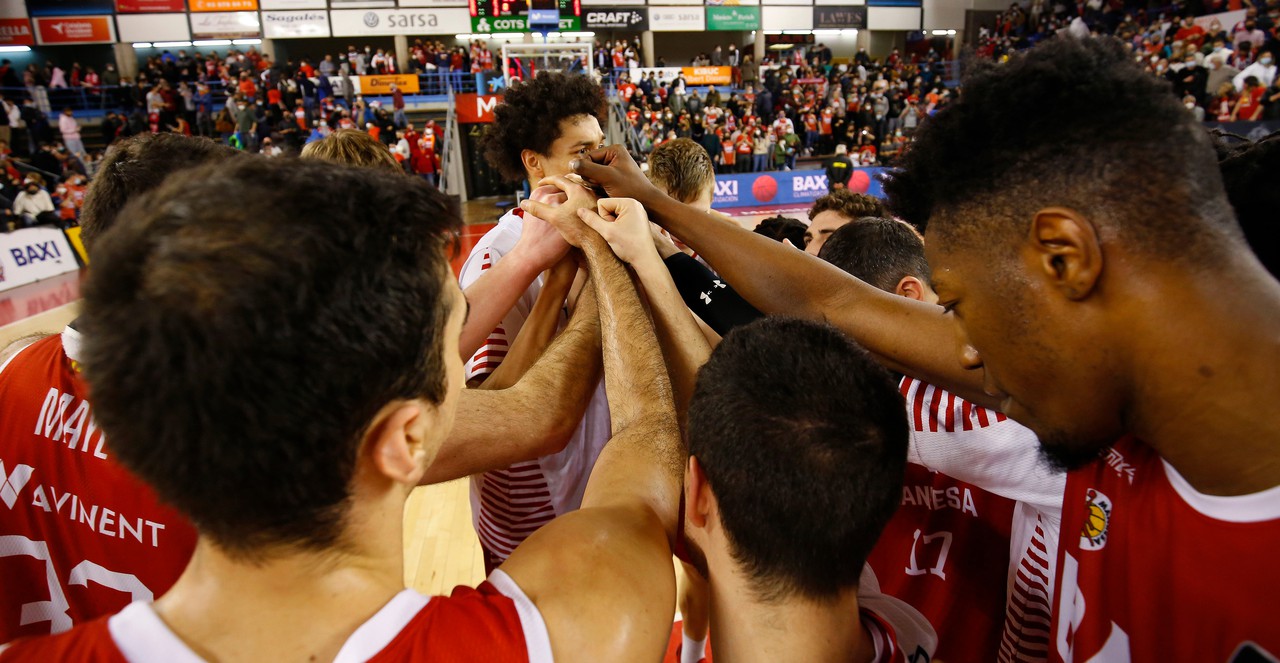 The Basketball Champions League is back at Nou Congost. BAXI Manresa hosts Darüssafaka from Turkey, in a match corresponding to the third matchday of the Round of 16.

After having to postpone the first game of the second round due to Covid cases in Nutribullet Treviso. In the second matchday, the Bages team visited Tofas Bursa, where, in an equal finish (74-68), they did not manage to win, while Darüssafaka won in Treviso (88-76). Pedro Martínez has all the players ready and will have to discard one before Wednesday's game at 21:00.

With the defeats in Bilbao and Bursa, BAXI Manresa have now lost two in a row, but the team wants to win at the Nou Congost and, in this way, continue to demonstrate its capabilities. However, first they will have to beat the Turkish team coached by Selçuk Ernak, who is fighting for first place in the Turkish League. To be in the Round of 16, in the play-in, they eliminated Burgos, the defending champions of the two previous editions of the BCL. The Turkish team for sure will present difficulties.

Darüssafaka, coached by Selçuk Ernak, has all kinds of skills in the squad and it is a very complete team in all positions and facets of the game. From the Turkish team, it is worth highlighting the center Gabriel Olaseni, who scores 14.8 points and takes 6.4 rebounds per game. Also, the point guard Özdemiroglu, who is the leader of the competition in turnovers with 2.9 and scores 12.5 points per game.

Dani Pérez and Luke Maye appeared before Wednesday's game. The point guard from Barcelona «explained that it will be a tough game, against a very physical opponent; we have had two defeats away, now people want to show that they can beat Manresa». The power forward from North Carolina added that «we had a tough loss in Turkey, we are looking forward to playing again in front of our fans and being able to offer them a victory; we must do our best, contain their big men, who are doing very well».