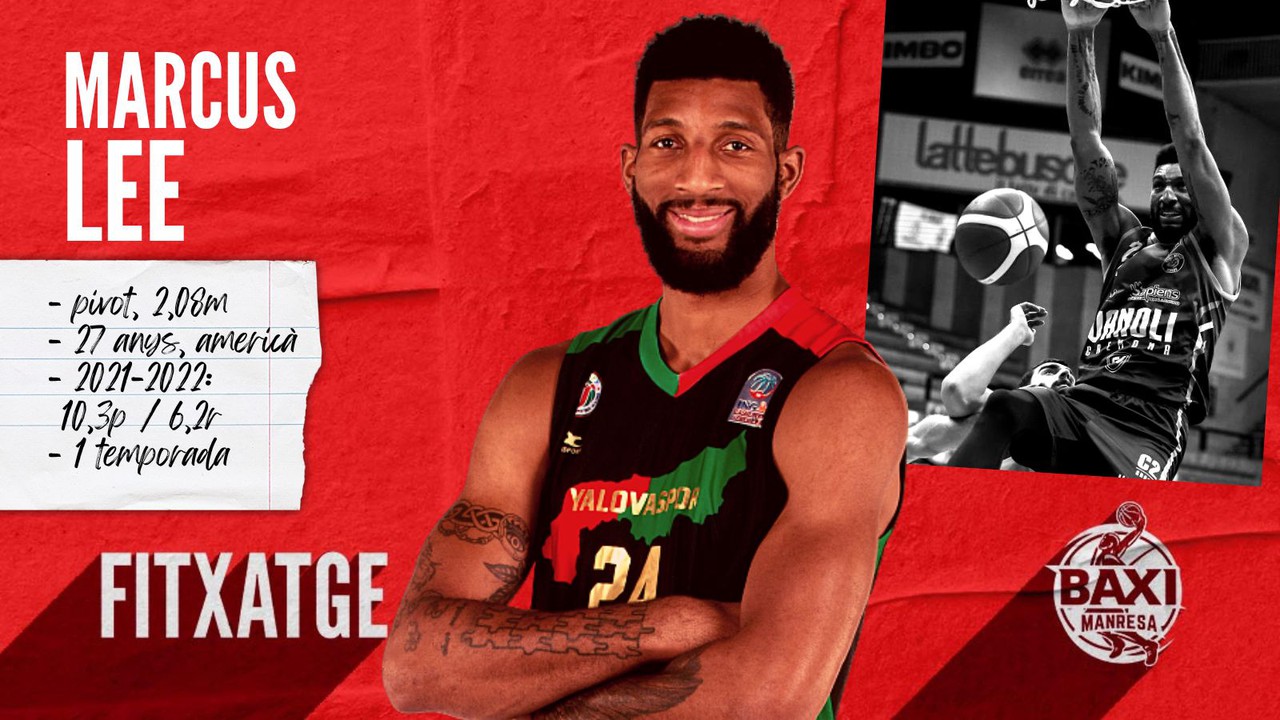 BAXI Manresa incorporates another interior player. Marcus Lee, with 2 seasons of experience in Europe after coming through the G-League. Marcus Lee, 2.08m and 27 years old, will bring intimidation and play above the rings to the Congost team. He is linked to BAXI Manresa for the next season.

The team continues to make do with the arrival of the missing interior players. Marcus Lee (born in Antioch, California, United States, on September 14, 1994) joins Pedro Martínez's 'roster' for the next season. This is a player who has already worked in Europe. Last campaign, he averaged 9.8 points, 6.2 rebounds and 1.2 blocks per game for Turkey's Yalovaspor. He graduated from the prestigious University of Kentucky, finishing his senior year at the University of California.

Xevi Pujol, Sporting Director of BAXI Manresa, values ​​the new signing explaining that "he is a mobile and dynamic interior player; he has very good leg power and good timing to be able to play above the basket and intimidate; he will bring effort, work and discipline to both sides of the court".