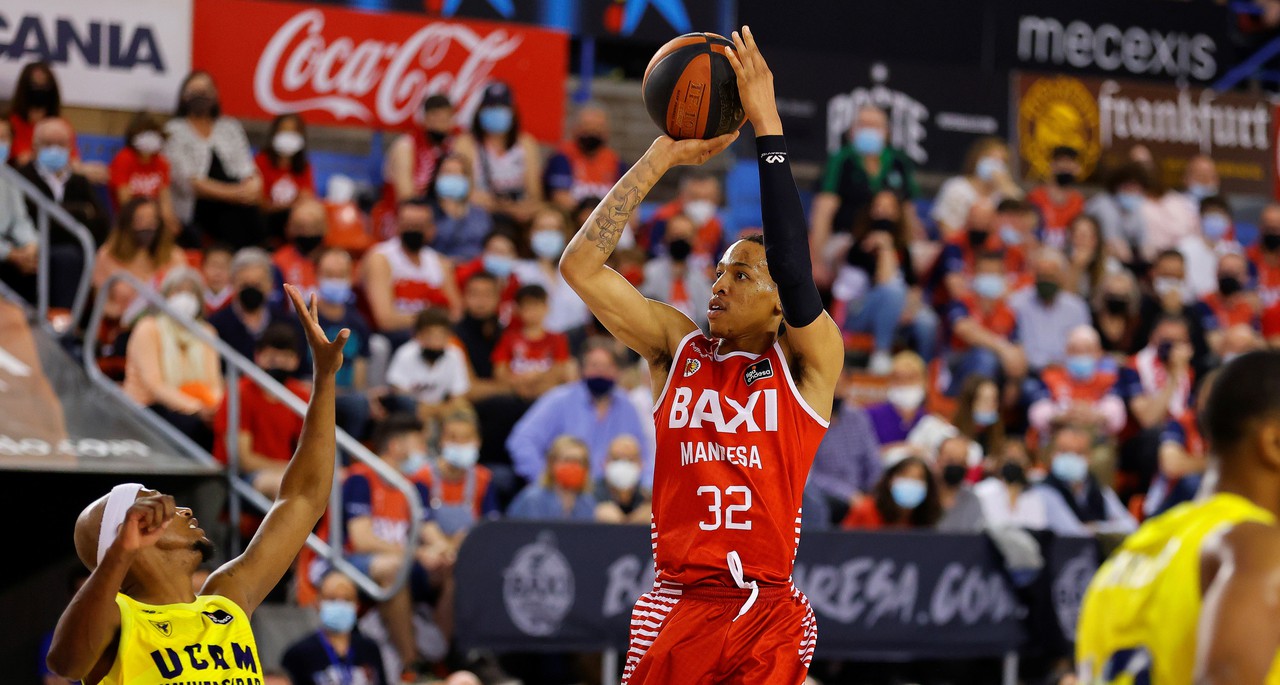 Scoring festival at Congost BAXI Manresa added the nineteenth victory. The locals, who sum the absence of Dani Pérez to that of Vaulet and Francisco in the first half, showed their best offensive version. Thomasson with 33 points and playing as a point guard for many minutes, led a team that was always ahead on the scoreboard.

As it happened on Thursday in Lugo, the reds started the duel with a lot of offensive success and, due to Thomasson's leadership, they took advantages of around ten points. Steinbergs, with a three-pointer at the buzzer, closed the best start in the club's history (36-24). The negative note was a new injury, that of Dani Pérez.

In the second half, the tone did not change much and the attacks continued to prevail over the defences. The home side continued to overcome their physical problems and maintained a comfortable lead at half-time (63-49). The 63 points scored at half-time were also an all-time record for the club and, in addition, Toni Naspler and Musa Sagnia were making their Lliga Endesa debuts.

Coming back from the locker room, UCAM Murcia nailed an initial partial of 0-6, but the Bages team recovered and extended the margin to seventeen points at the end of a third quarter that was closed with a great block by Thomasson (81 -64).

At the start of the last period, BAXI Manresa achieved the maximum difference of the game (+19). At that point, the visitors reacted and got a 0-7 partial. The gap was maintained until two consecutive three-pointers from Murcia reduced the gap to under 10 points (92-85 min.37). Thomasson and Bako teamed up to get back on the scoreboard and secure the victory for the Manresa team.

Now it's time to rest and recover for the visit (Sunday at 17:00) to the complicated court of a Baskonia that is fighting to get into the play-offs.