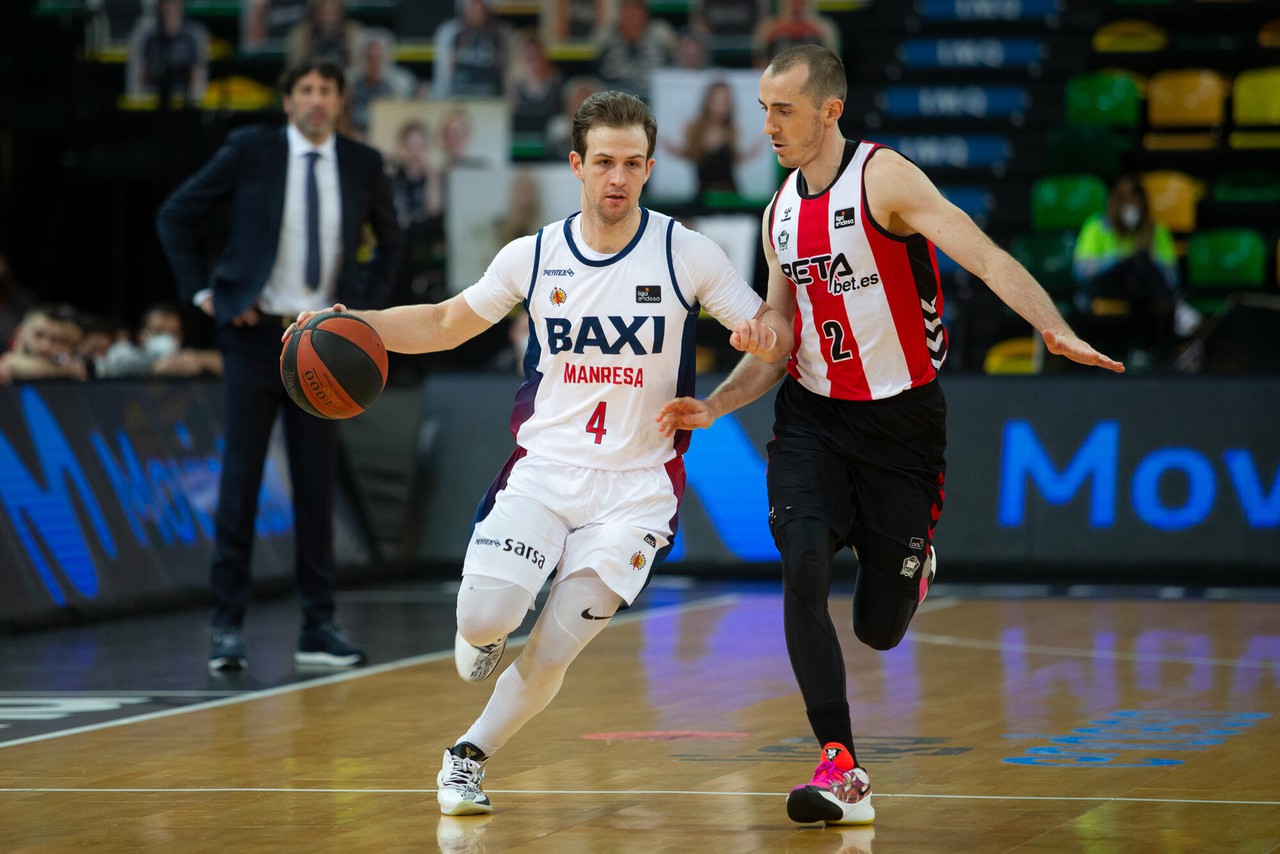 A solid BAXI Manresa, choral and, above all, successful in attack dominated from the beginning on the complicated court of RETAbet Bilbao Basket, a team that is playing permanence in the Endesa League (96-108). Next Saturday, from 18:00 hours, the team will try to maintain the level in the visit to another of the sets of the low zone, Monbus Obradoiro.

The match started with both teams very successful in the outside shots, which made the attacks constantly surpass the defenses. As for the interiors Sima made a very good start, and thanks to that the reds closed the first quarter with four points of income (27-31).

In the second, the Bages team continued to show off their choral play, and between Eatherton and Hinrichs they took over from Sima in the lead of the visitors' attack, who dominated by twelve points at halftime (46-58).

Returning from the locker room, Pedro Martínez's men continued to make a hole in the electronic, but the home team did not give up and returned to ten points thanks to a partial 8-0 (71-81). The Manresa team did not take long to react, and they did so with a 0-5 that made it to the end of the third quarter with the duel very well faced (71-86).

In the last ten minutes the players of Àlex Mumbrú continued to fight and were about to enter the game. However, the Reds showed solidity and were able to control it until the last seconds to achieve the thirteenth victory of the season.