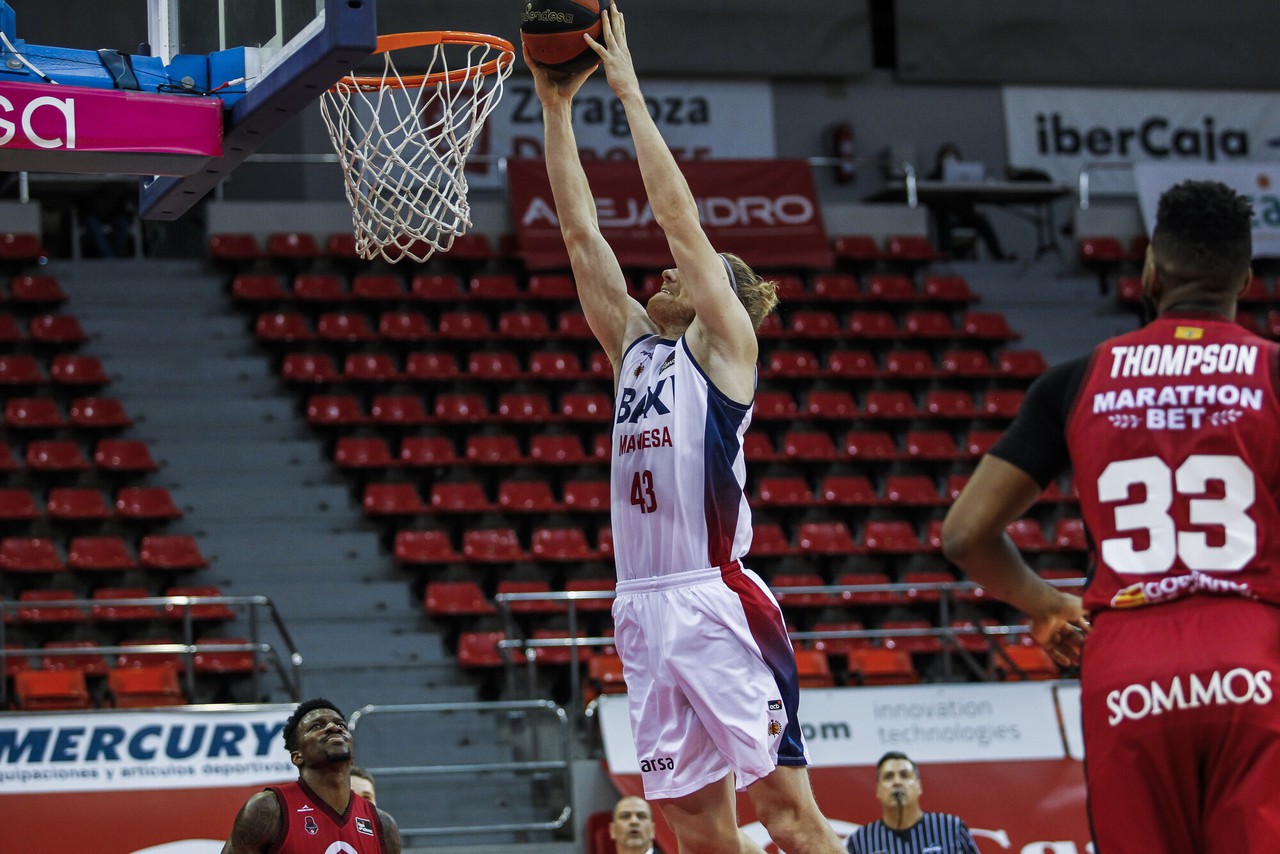 BAXI Manresa added the sixth victory in ten matches in the Endesa League on the court of Casademont Zaragoza, in a match that was decided with two free throws scored by Seth Hinrichs in the last seconds (102-103). This is the first victory of the Bages on the court of Basket Zaragoza in ACB, and the number 100 of Pedro Martínez with the club from Manresa. Thursday from 9:15 pm, a new opportunity to continue adding with the visit of Iberostar Tenerife, one of the fittest teams in the league, to the Nou Congost.

The match started with both teams very successful from the three-point line, and this meant that there was equality on the scoreboard. A three-pointer and a steal from Dani Pérez started the escape of the reds, who closed the first quarter with eight points of income thanks to a final blow of fingers of Sima (23-31).

In the second, the figure of the ex-Manresa DJ Seeley appeared, who led the group led by Sergio Hernández (who was making his debut on the bench of Casademont Zaragoza) until it was ahead shortly before the break (49-48). The first half ended in a draw at 53 after a basket from Konate.

In the second half the Aragonese team came out better and took a six-point lead (59-53), which the visitors soon equalized. The home team then commanded the electronic until Dani Pérez appeared again to make his team enter the decisive quarter with an advantage by scoring two free throws (74-75).

In the last ten minutes Casademont came to have differences of up to eight points, but the Manresans again showed their competitive spirit and reached the decisive stretch ahead (100-101). Then, Tabu lost the ball and Brussino put his team ahead with 3.4 seconds to play. As happened in Fuenlabrada, Hinrichs was the hero of BAXI Manresa, as he scored the two free throws and made the victory travel to Bages, as the final three-pointer of Ennis did not find the basket.