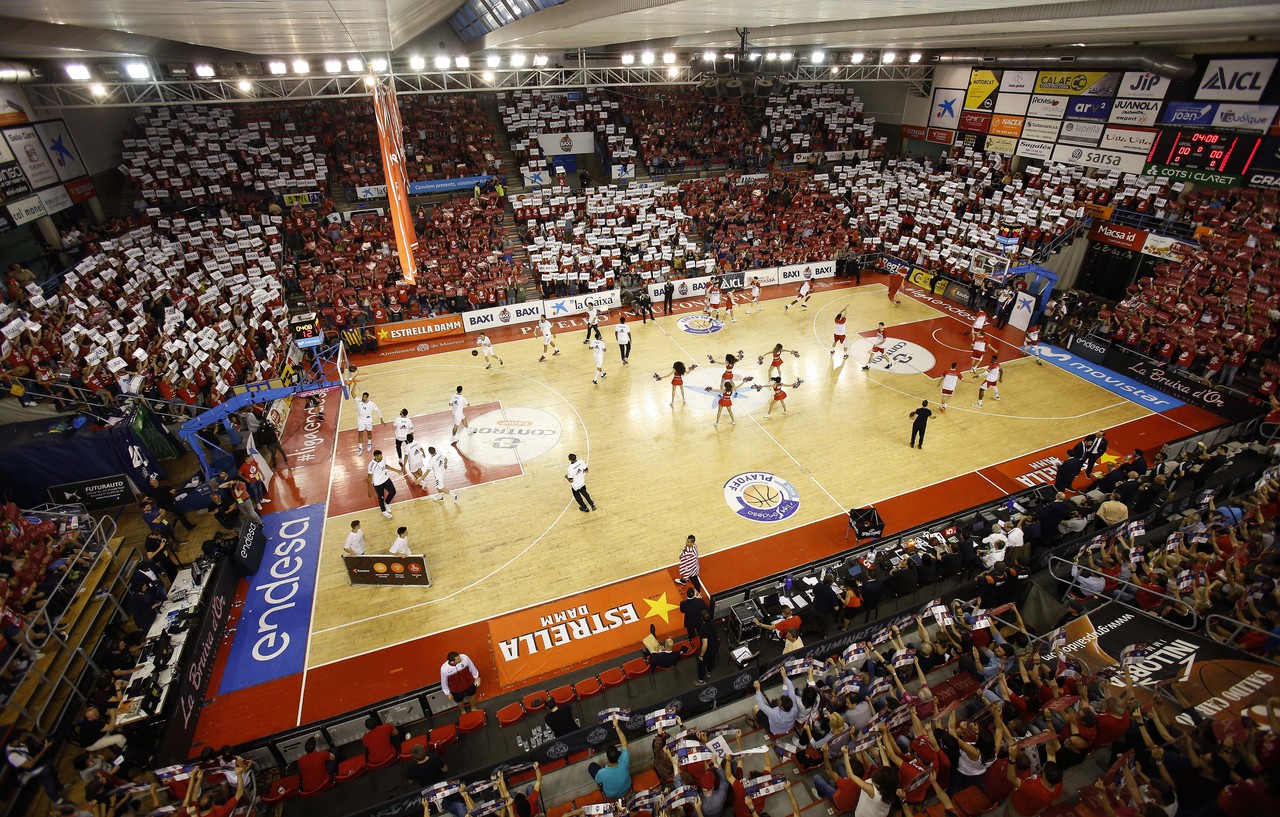 Despite losing clearly, the New Congost was a holiday this Sunday. Closing this way a historic season for BAXI Manresa, who has come to the quarterfinals in the title fight. Sergi Garcia scored 13 points and Muñoz 12 in a match where they scored all the players, including the youngsters and linked, less Sima.

From the beginning, Real Madrid made it clear that he would not take surprises. Initial part of 11 to 26 in the first period. There was nothing left at the start, neither in defense nor in attack, and the targets took advantage to get away. The locals' fight did not stop, but the distance and the rival showed that there would be no competitive game.

In the second period, the most matched marker, but the distance still increased. At half time it seemed that there would be nothing left to do, and the New Congost became aware. The fans organized a party in the stands, aware that the victory was almost impossible. The triples of Sergi and Lalanne made the hole even bigger.

Nor in the second half, the fans' songs did not stop for a moment. The public was eager to thank players for the season and good times. The scoreboard was on the side, but despite this four-triple of Cady, Sergi, Álvaro Iffe reduced differences (39-60).

In the last minutes, with already decided, the players were less common, and those linked to Águila and Órrit. They scored all, and each success, especially the triples of Jou, Dani, and above all, Arrit, further encouraged the stands. At the end of the match, the return of the players of BAXI Manresa, who showed a banner with the text "Thank you fondness." A holiday ending for a historic season.