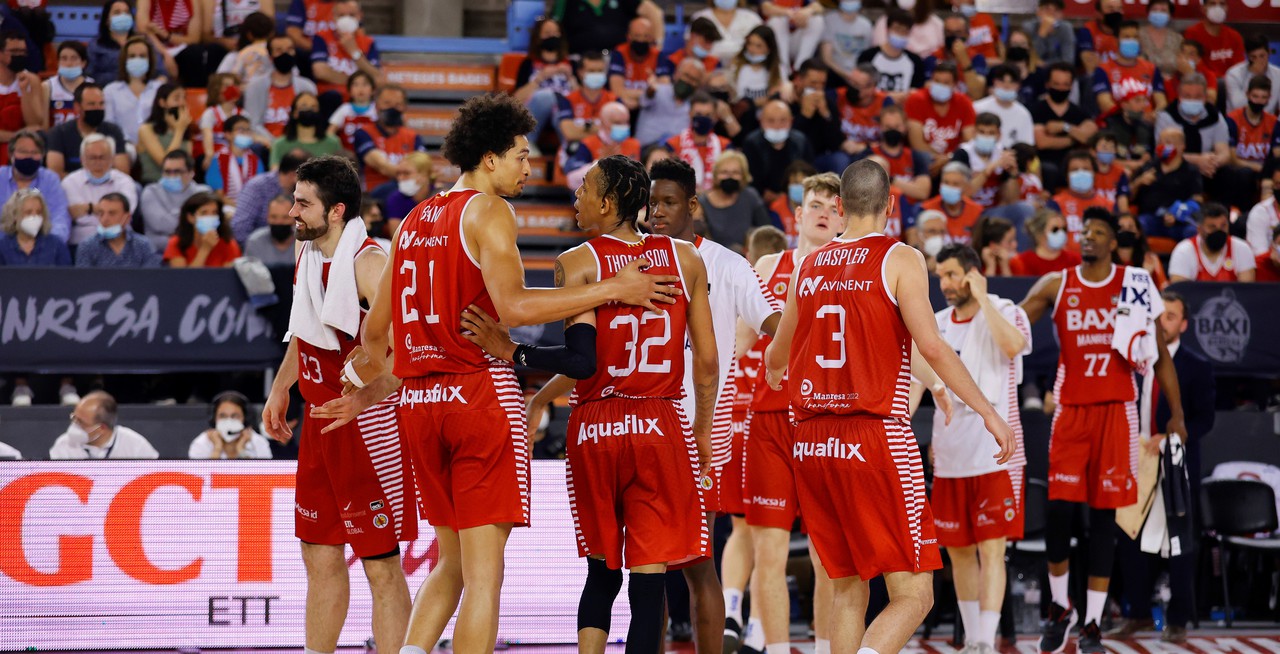 BAXI Manresa receives the visit of Barça in the Manresa fortress. The match corresponds to Matchday 34 of the Liga Endesa, the last one before the play-offs. The blaugranas are already mathematically leaders of the regular season, while the team from Bages is seventh position with 20 wins and 13 defeats. A win on Saturday would not guarantee the Manresa team an improvement in their position, as they depend on the results of Baskonia and Lenovo Tenerife. Francisco will be out and Thomasson and Brancou** are doubts.

After their 20th win in the competition against Unicaja (95-100), BAXI Manresa will fight for another victory in front of their fans. Before that, they will have to defeat one of the best teams in Europe, who will also want to close the regular season with the best possible sensations. Pedro Martínez will not be able to count on Dani García and Guillem Jou, who have long-term injuries. He will also be without Sylvain Francisco, who has relapsed from injury. Toni Naspler continues to play for BAXI Manresa. Joe Thomasson and Brancou Badio have been bothered by injuries since the match against Málaga and are doubtful.

Barça, coached by Šarūnas Jasikevičius, is a team made up of players of undoubted talent who are destined to win titles. In their squad, the blaugranas have all kinds of resources and profiles by each positions. Statistically, it is worth mentioning the power forward Nikola Mirotić with 14.9 points and 5.2 rebounds per game. Also, the center Brandon Davis with 10.5 points per game. Special mention for the great performance of Dante Exum.

Before the Catalan duel on Saturday, Pedro Martínez appeared. The BAXI Manresa coach explained that «we have to try to compete at home, in front of our fans; it is a very big team, they will surely leave some very good players out of the squad; it is a team that will play from outside, very tough and that defends very well; Brancou surprised us because he adapted very well; we will help the public to get into the game with our usual commitment».