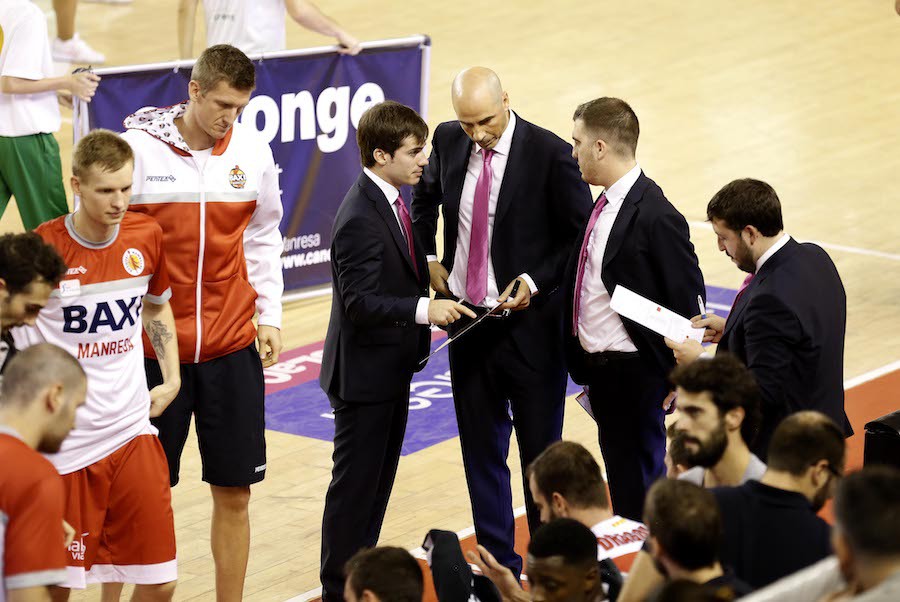 Joan Peñarroya's men want to return to have positive balance and win the first game at home. Doellman is already recovered and could reappear this Sunday, while del Águila and Lukovic are still out.

BAXI Manresa receives this Sunday at 5:00 p.m. Herbalife Gran Canaria in the Nou Congost. Those in red are eager to give a joy to their fans. The rival, who has played this Friday in Russia a Euroleague match, is today tenth in the standings, with 2 wins and 4 defeats.

Winning victory, and want to see Justin Doellman again defending Manresa's shirt. These are two of the main attractions of this Sunday's match at the Nou Congost, in which BAXI Manresa is eager to win in order to offer a victory to the Bages public.

Herbalife Gran Canaria, meanwhile, has played on Friday a match for the Euroleague against Khimki, with defeat in Moscow. Salva Maldonado's players are tenth in the classification of the Endesa League, with 2 wins and 4 defeats. Among his outstanding men are guard Clevin Hannah and forward Chris Evans, arrived this summer, and old acquaintances of the Manresa fans, such as Albert Oliver or Marcus Eriksson.

Joan Peñarroya, in the preview this Friday, pointed out that «long week of training with a certain normality; we have prepared the game to continue growing as a team, against a team with very good potential, it is a team that has had problems to combine the two competitions at the beginning, but it will be where it deserves to be; they play happy, with many possessions, leader in statistics as offensive rebound and recovered balls, they make many points in the open field » .