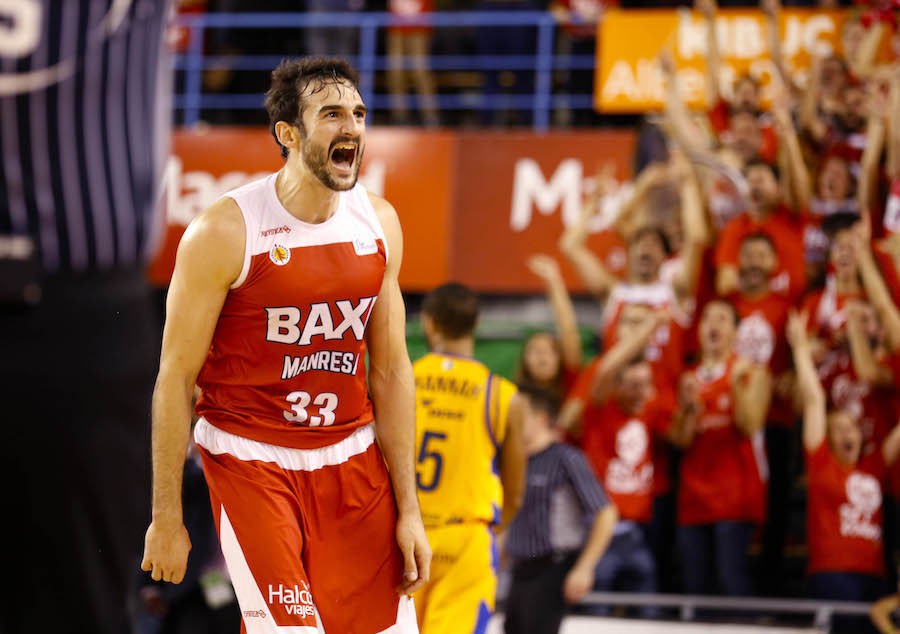 The Nou Congost has already tasted the victory this season. Round night in Manresa: Doellman’s return, victory to a Euroleague team and vibrant atmosphere. Renfroe (17 points, 3 rebounds and 7 assists) showed a match where Muñoz stood out in the final minutes (13 points overall) and with good work by Lalanne in the paint (15 points) and Toolson from outside (13). Fourth victory to be placed in a more than noble area of ​​the classification.

The game had up to 17 alternatives on the scoreboard, and BAXI Manresa had to work from the start, where Renfroe and Lalanne combined for the first hole, 10-4, but it reached the other side of the band Hannah, who made a great match. Very celebrated was the first three-pointer of Doellman, which premiered in the league with a distant throw. Eriksson gave the visitors an advantage before the first quarter.

In the second period, a local control that allowed them to move to the changing rooms with a slight advantage.  Sakho dunked, and two three-pointers of Renfroe and Gintvainis continued giving alternatives to the match. A three-pointer of Toolson and a dunk of Lalanne kept Manresa ahead, and closed the scoring a free-throw before half-time of the Haitian, who dominate the paint.

In the third quarter, again equality: Match stuck in the beginning, unblocked by Renfroe with a three-pointer to the counterattack, and then well-worked with the offensive rebounds of Pere Tomàs. The Canaries lived on free throws, and appeared at 1:00 to finish the 3rd quarter Muñoz, with a three-pointer to answer one of Tillie. Toolson would turn the marker in the absence of 4 seconds to reach 30 minutes, everything was left to resolve.

Muñoz would continue gracefully in the final quarter, with a pair of plays worthy of framing: first a three-pointer, then a step backwards getting out of the defender, and later another three-pointer that practically ended the game. Just in the previous play, at 1:30 to finish, Doellman put his stamp with a 2 plus 1 very celebrated. The match ended, the Nou Congost flared up happily, which has already seen one of the 4 victories that placed BAXI Manresa provisionally in the seventh place.

Joan Peñarroya told in the press conference that “I am very happy because our people deserve to live a victory, we had the debt to offer them a victory; It has been a game that I think we face well, with situations that we have talked about being prepared for their offensive rebound, and we have avoided the open field situations of their game; We have had a lot of losses in the first leg, which has kept them competing until the end of the game; In this league each game is a fight, this round we have seen how this Liga Endesa is, where Barça, Madrid, Unicaja and Gran Canaria have lost “