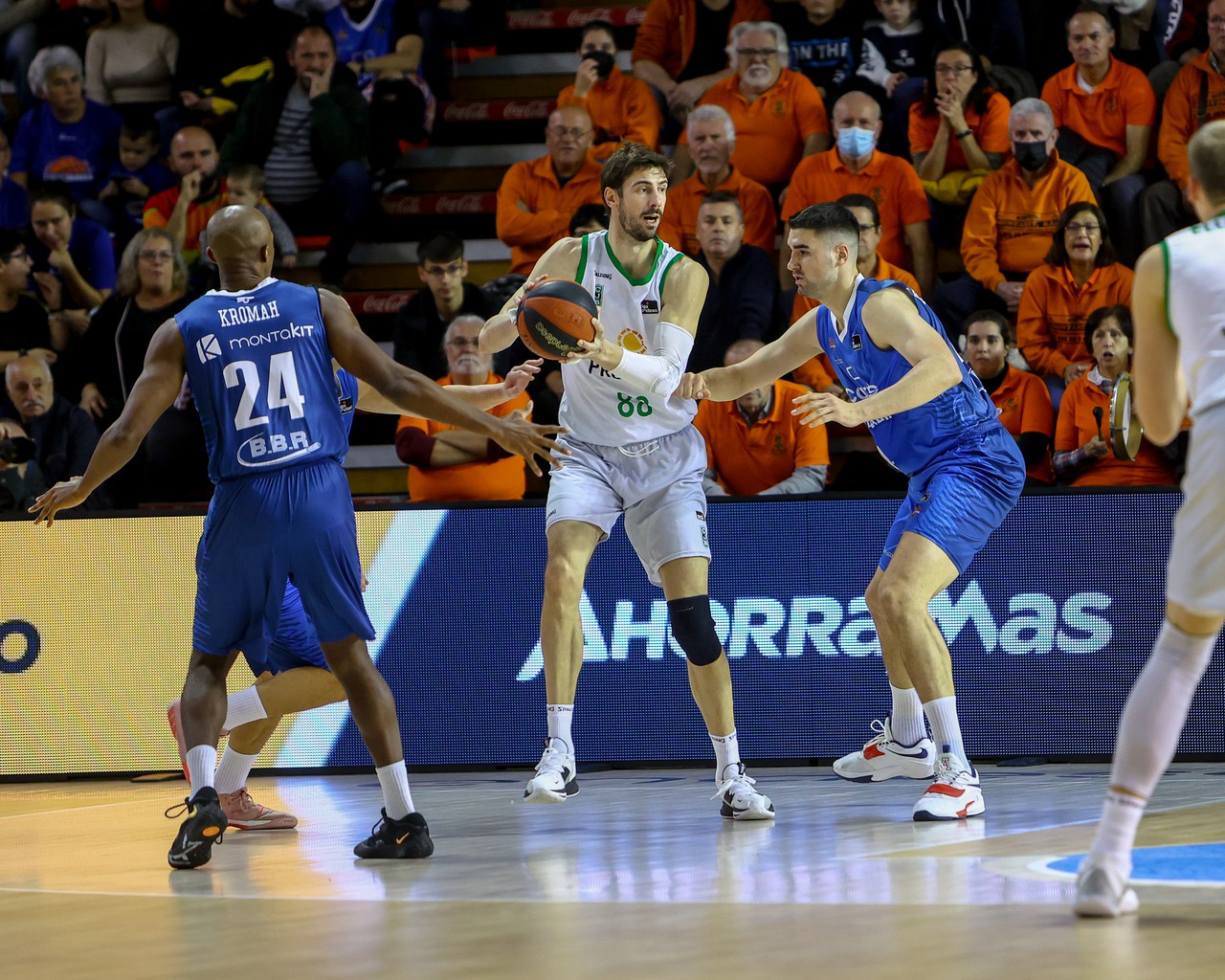 Bàsquet Manresa has won 26 of the 85 games against Joventut de Badalona. The last triumph of the Bages team occurred on April 9, 2022 at Nou Congost (95-91), in a match that they dominated from the start.

The team led by Carles Duran has a clear reference: Ante Tomic. The center is the second-highest rated player in the competition, with an average of 20.6 credits, the fourth-highest scorer, with 16.3 (Jerrick Harding is the leader with 20.1), the most two-point shots scorer, with 6.7, and the fourth with the most fouls received, with 4.9. On the other hand, Guillem Vives is the second with most fouls made, with 3.4.

As for team statistics, the green-and-black team is the fifth most valued, with 95, the third with most offensive rebounds captured, with 11.78, the fourth with most assists distributed, with 18, the second with most two-point shots scored, with 22.78, and fifth in percentage of two-point shots, with 54.52%.

-Pedro Martínez led the Badalonians in two stages. The first was from 1986 to 1990: in the first three years he trained the junior, with three titles in the Spanish championship of the category, and in the last he was assistant to Herb Brown, whom he relieved on March 6 of 1990. That year, the then Ram Joventut won the Korac Cup. The second was the 1994-95 season, already as head coach, but on January 5, 1995, he was replaced by Miquel Nolis after 22 games.

-Salva Camps was assistant coach of Joventut between 2015 and 2017.

-Dani Pérez played his best game in the Endesa League against Saturday's opponent. On April 20, 2019, when he was playing for Delteco GBC, he finished with 27 points and 36 rating credits.

-Tyson Pérez also had his best performance in the top state competition against the green-and-blacks. On October 3, 2020, when he was in the ranks of MoraBanc Andorra, he finished with 25 valuation credits.

-Guillem Jou set his record for recoveries against the Badalonians, with 4, on December 12, 2020.