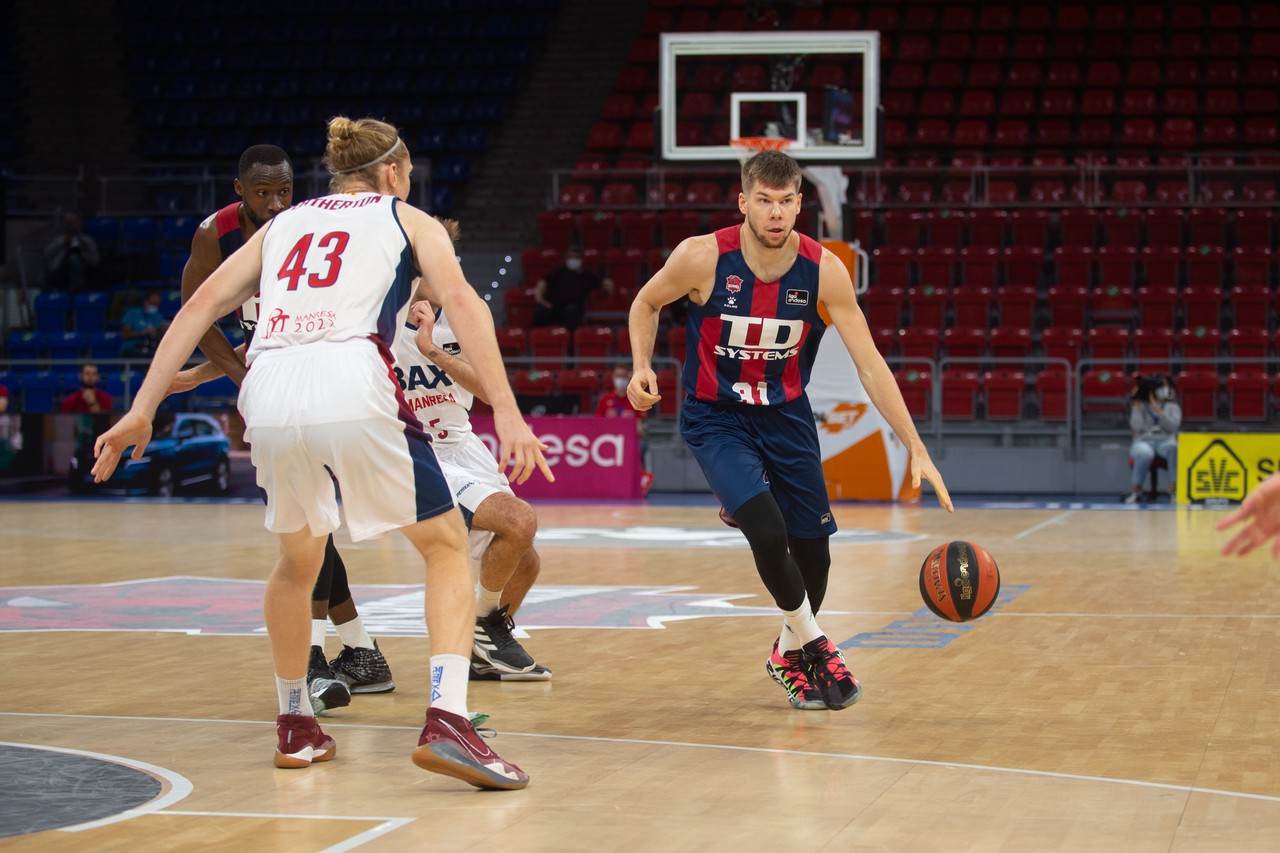 The Basque team has in their squad the player who plays the most minutes of the competition, the Lithuanian Rokas Giedraitis (30). In steals Luca Vildoza (who has left to the New York Knicks) is second (1.6) and Pierria Henry, fifth (1.5). This one also occupies the same position in assists (5.2). Finally, Alec Peters is the fifth in percentage of free throws (92.2%).

-Rafa Martínez made his record for blocks, 2, in Baskonia's visit to Valencia on November 7, 2010