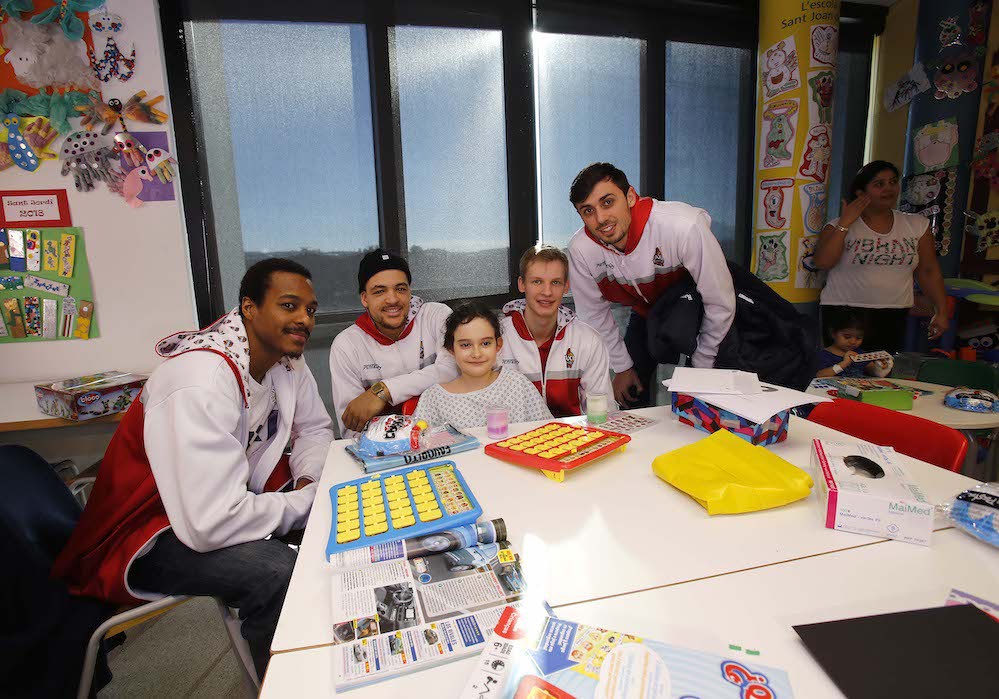 BAXI Manresa has made this Wednesday a solidary morning, with a visit to the Garden of Ampans, the Residence, and the school of the Foundation in Santpedor. Later, players and coaching staff have moved to the Sant Joan de Déu Hospital, where they have passed through the pediatric and emergency facilities to visit the children who had entered.

By mid-morning, the staff has arrived at Garden Ampans, where the users themselves have shown them the departments where they work, and all the variety of products and plants that can be find. Following the visit to the Ampans Foundation, they have passed through the residence and day center, and the school. Once the visit was over, Toni Espinal thanked the members of the expedition for their deference, making a parallel between the work of the team and that of the foundation.

Later, the team went to the Sant Joan de Déu Hospital in Althaia, where they were able to see the newborns and children admitted to the pediatric ward. Several groups of players have brought gifts for the children admitted, both in the plant and in the emergency box. To conclude the visit, Dr. Santiago Nebot, Coordinator of Pediatrics, also thanked the team and encouraged him to continue the good progress in the Endesa League.