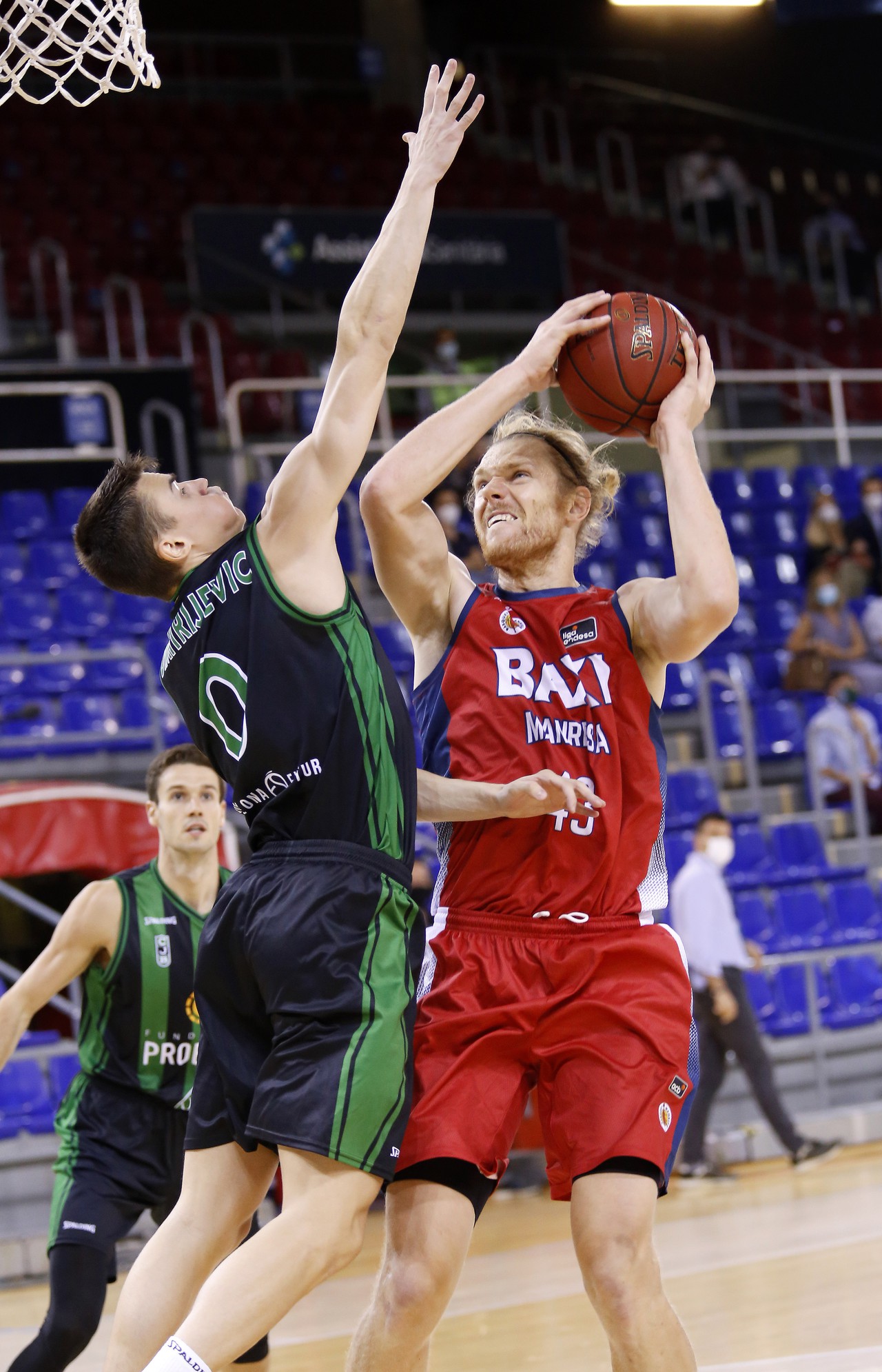 BAXI Manresa could not beat Joventut in the match for third and fourth place in the Catalan League, at the Palau Blaugrana (79-93), in a match that served to continue the set-up to face the start of the Endesa League. Saturday at 12:00, last pre-season test, in the Nou Congost against the same rival.

After a few moments of equality, with five starting points from Eatherton, the Badalonians were very successful offensively and reached the end of the first quarter with 32 points scored and twelve points margin (20-32). In the second there was more equality and more misunderstanding in the throw by both sets, and this prevented the reds from being able to get closer on the scoreboard at halftime (32-45).

In the second half, the Manresa team came out better and came to five points before Joventut reacted and reached the end of the third quarter with nine points of income (56-65). In the last ten minutes BAXI Manresa tried to claim the victory in Joventut, but did not finish finding the right success to achieve it.