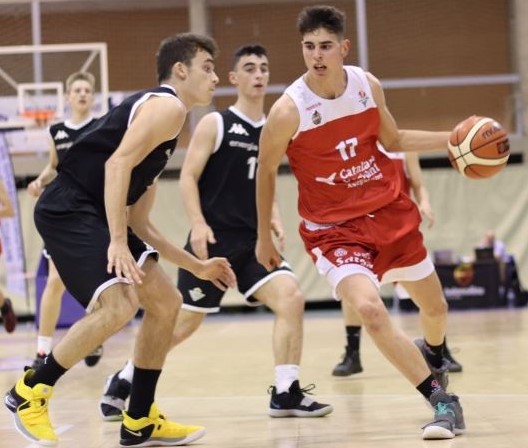 Our cadet A has started with great force the Spanish championship of the category, which is being held this week in Huelva. Framed in group D, the group led by Jordi Serra debuted with a strong triumph against Fundación 5 + 11 Baskonia (89-56). In their second game, the Catalans suffered a bit more, but in the end they could beat Betis at the overtime (85-86). This afternoon, at 5:30 p.m., the Bages team will close the group stage against Valladolid, which in the previous two days fell with the Basques and Andalusians.