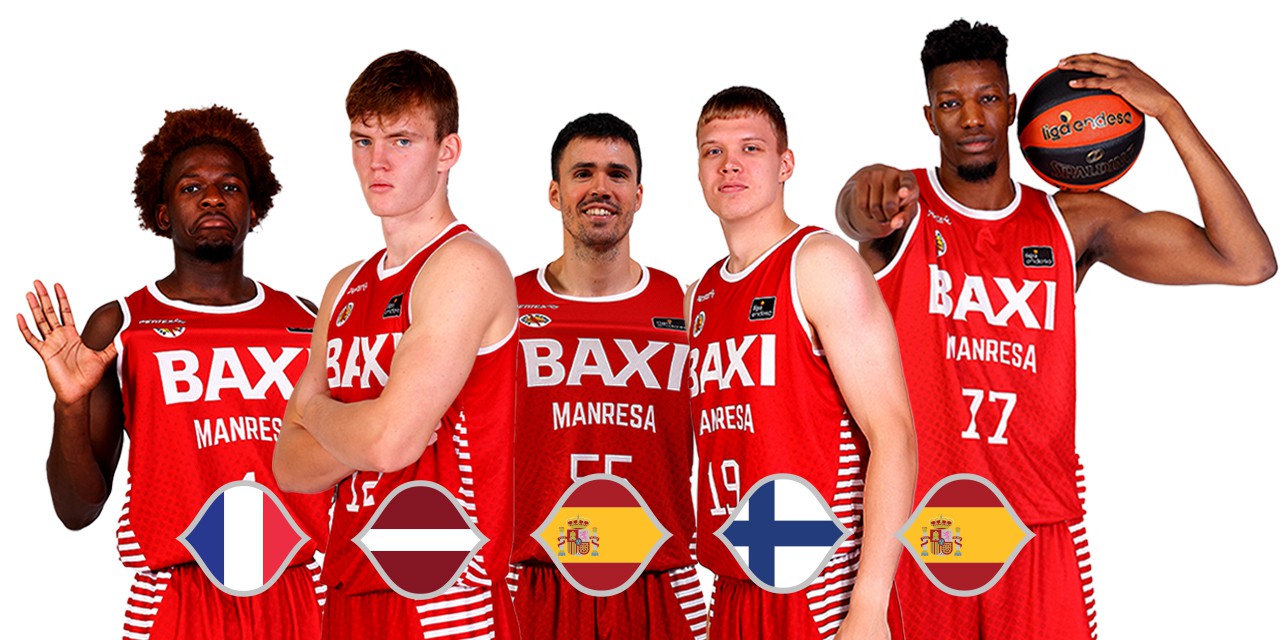 The players of BAXI Manresa who have been chosen to go with their respective selection are: Sylvain Francisco , Marcis Steinbergs , Dani Pérez , Elias Valtonen and Yankuba Sima . Isamel Bako , who is injured, has remained in Manresa .

Here are the matches they will play.

Sylvain Francisco , summoned for the first time with the French team, debuts against Portugal . The match will be at 19:00.
>>> France 96 - 56 Portugal

Dani Pérez and Yankuba Sima return to the Spanish national team to face Ukraine . The match can be watched on Teledeporte and on RTVE Play at 20:45.
>>> Spain 88 - 74 Ukraine

Also that of Marcis Steinbergs who with Latvia faces Belgium , in the Belgian combined Ismael Bako is out due to injury. The match will be at 20:30.
>>> Belgium 65 - 66 Latvia