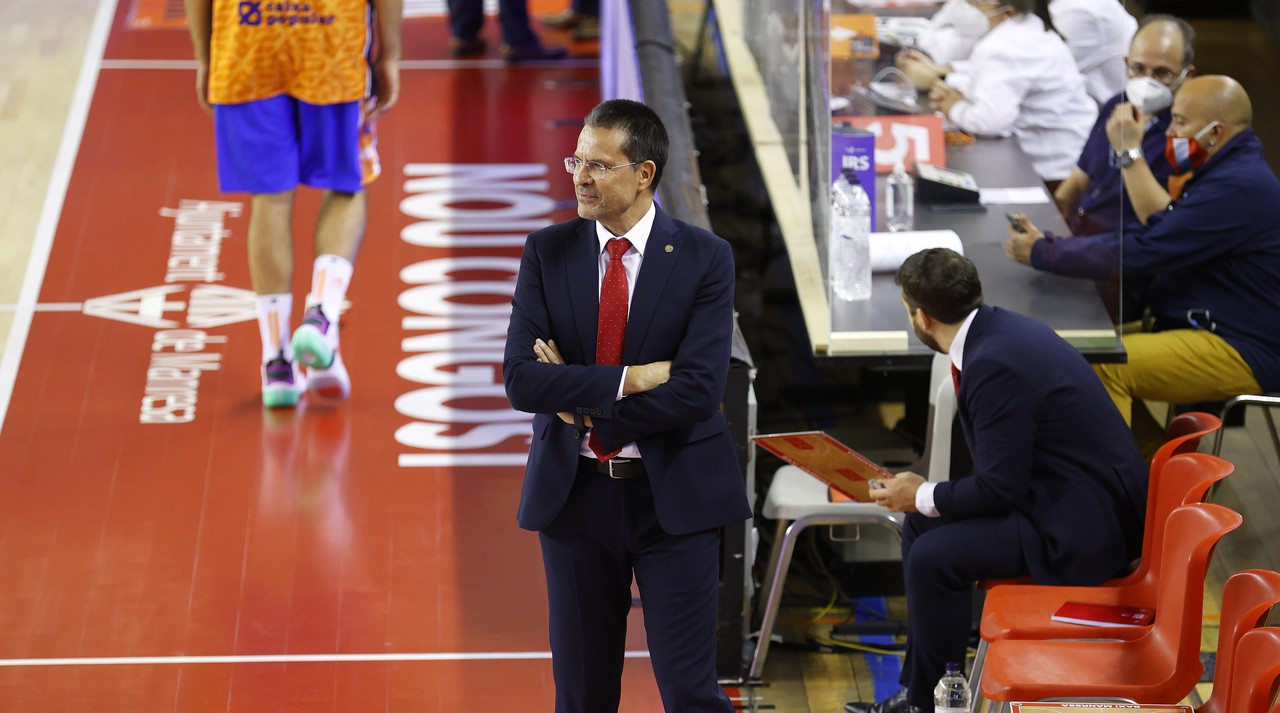 BAXI Manresa will continue with Pedro Martínez on the bench. The active coach in the league with more games directed at the ACB expands his ties with the red team, where he will have a contract until 2023.

The club and the coach consolidate in this way the project they started 2 years ago with the return of Pedro Martínez to the bench, a stage in which the team has competed in European competition and has managed to overcome with note the sporting goals that had for each season.

Pedro Martínez (born in Barcelona on June 29, 1961) will continue to be the one who has led the most matches since the Manresa bench (245), after in January 2020 he surpassed Jaume Ponsarnau's 202. But this is not the only figure led by Pedro Martínez, as he is also, among the coaches on the Spanish bench, the one who has led the most games in the Endesa League, with 912.