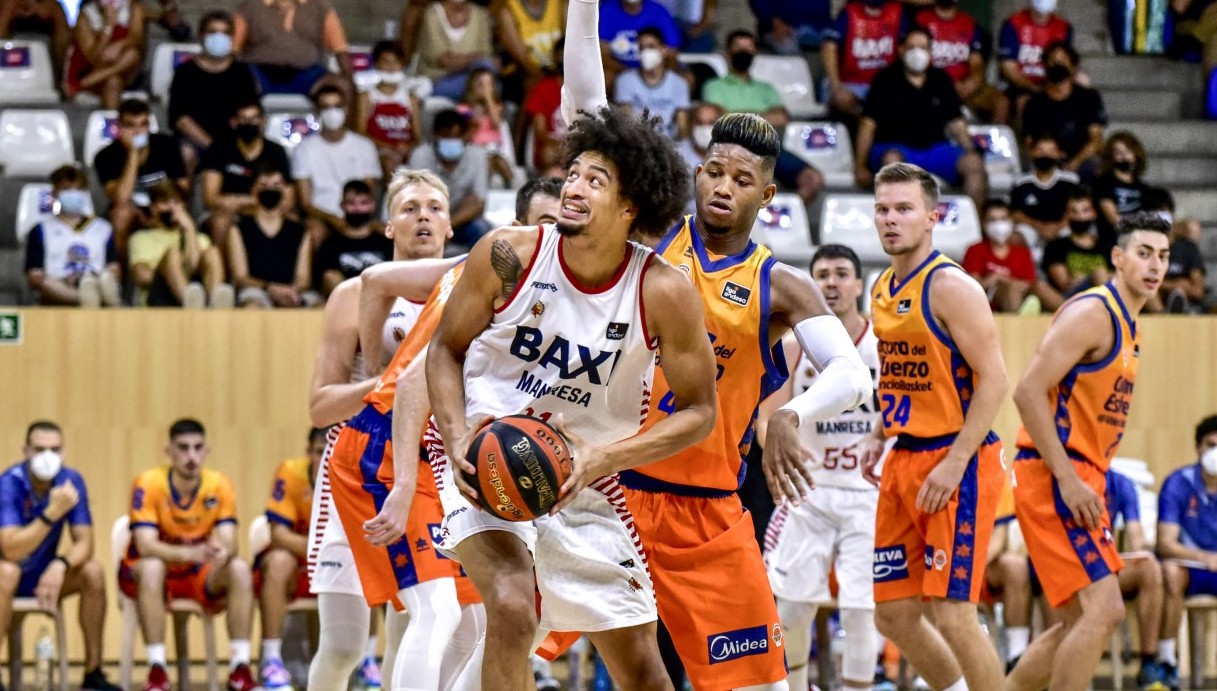 The third pre-season test ended in a close defeat against Valencia Basket (89-81). The tone of the match was the equality, although in the second half the Valencians escaped to 10 points, but a great reaction from Manresa in the same quarter made the tie return to the scoreboard. Already in the final stretch, the oranges managed to take enough advantage from the free throw line to take a match fought to the end.

BAXI Manresa started plugged and started with a 0-6 start thanks to two consecutive three-pointers by Luke Maye. Up to 11 players used Pedro Martínez in these early stages of the game, where quality details were seen such as a successful Sylvain Francisco personal electric play completed, a Sima basket over Dubljevic or Rafa Martínez’s classic three-pointer. A hit of 3 final of the Valencians left the luminous one with a balance of 22 to 25 favorable to the Catalans at the end of the first period.

The team led by Joan Peñarroya turned the score around at the beginning of the second quarter where they got a partial 13-0 to place 10 points above (35-25). Pedro Martínez stopped the shock to harangue his players, who immediately broke the streak with the inaugural basket of Chima Moneke. The Nigerian player scored 2 more points from the free throw line and Berzins chained two three-pointers that, added to the success of Dani Pérez's three-pointers, left Manresa at only one point. Pedro's bet to play with two guards (García and Francisco) bore fruit and a great collective play was completed by Berzins with a 2+1 to turn the result around before the break (41-42) .

The third period started with a hectic pace and baskets on both sides. After this start, inaccuracies and errors of the two sets that caused the marker to move within a margin of one point (49-48 min. 24). Both BAXI Manresa and Valencia Basket followed suit, if one missed an attack, the other too, and if Dani scored a three-pointer, Hermannsson responded. A great individual play by Francisco gave the Bages team a slight advantage to face the last half (58-60).

Maximum equality also in the first minutes of the quarter where no one was able to unbalance the balance. The Oranges got a 0-5 run quickly answered by a 2 plus 1 from Maye and a free throw from Rafa (68-66 min. 33). With little pace and many launches from the staff line the decisive stretch was reached. The Valencians with more success from 4'60 opened a gap (81-74 min. 37) that would be final to overcome BAXI Manresa.

The photos are by GUS CARRASCO