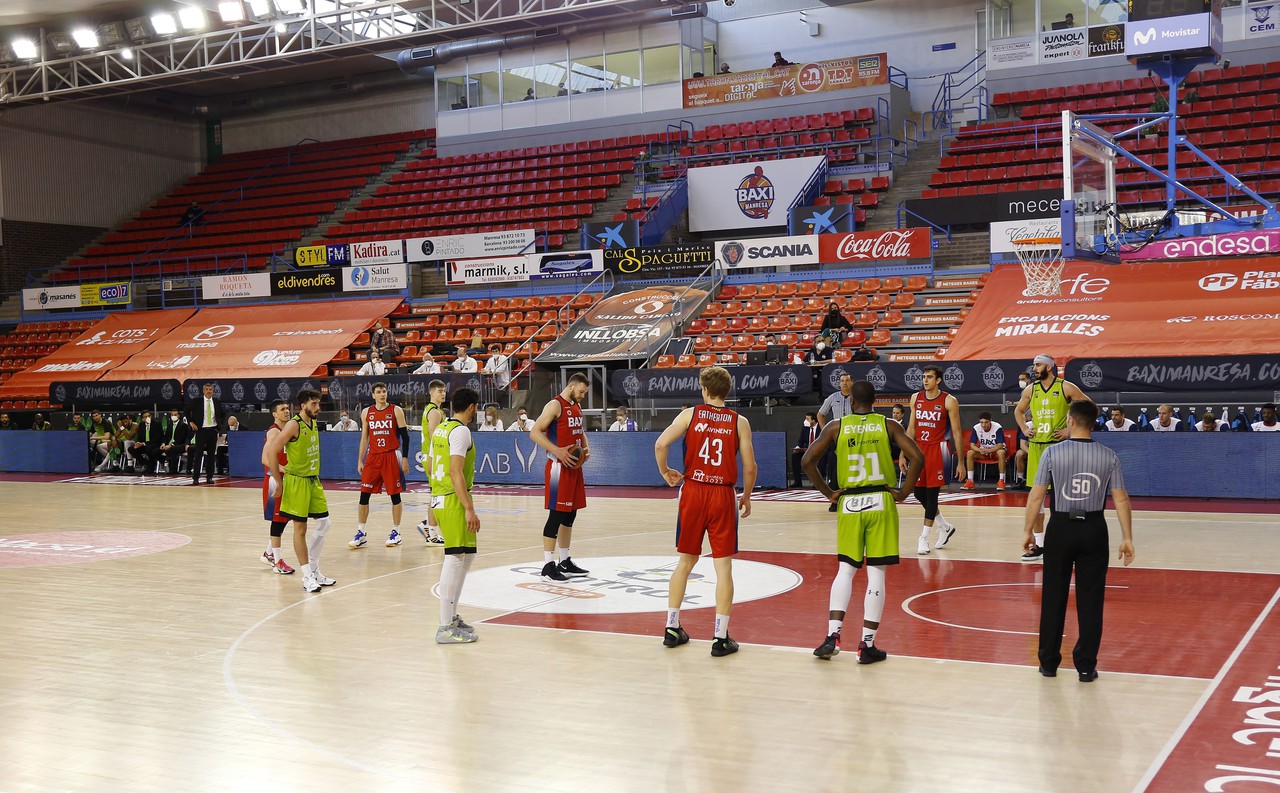 Due to the legal access restrictions, and anticipating that in some match(es) the CSD will allow us public access, Bàsquet Manresa has prepared an Access Protocol for subscribers, to choose which subscribers will be able to access each of the matches in a transparent manner, as long as the number of spectators allowed is less than the number of subscribers.

Subscription renewals for the 2020/21 season closed with 2,405 subscribers.

Each season ticket will be assigned a number from 1 to 2405. Once this list has been made, a single draw will be held to find out from which number the first match is entered. For the next match, the following numbers will be entered, and so on.

1ª Phase - Grouping and unbundling. Who will you go to the match with?

The option will be given, until March 23, 2021, the date of completion of this first phase, to:

Request numbers followed by season tickets from friends and/or family in order to group and access the same game.

Request separate numbers for different season tickets from the same family or company to ungroup and not access the same match.

Anyone who has not said anything will be assigned consecutive numbers to all single-payer subscriptions, usually grouped by family units.

Current regulations will be strictly complied with, which will determine whether family units or “bubble” groups can sit in consecutive seats, or will have to keep their distance.

Children under the age of 17 must be accompanied by a responsible adult to enter.

The numbers will be assigned at random so that subscribers from all areas enter the pavilion at each match. There will be an equal proportion of season tickets in each zone in each match.

A lower or higher number will not give any advantage, as the priority will be given by the draw, which will be done publicly.

2ª Phase - Communication of the number of each season ticket

Once the 1st phase is over, an email will be sent to each subscriber stating the number or numbers of their subscriptions.

A copy of the list of all the numbers of all the subscriptions will also be deposited before a notary for any possible claim.

There will be a single draw in public, to determine the number of season tickets from which the number of people allowed in the first game can enter. In the next game, it will continue at the point where it was cut and so on.

Before each match, and when we have confirmation of how many spectators can access it, the number of season tickets that will have access to that match will be made public by the club's official media.

If in the match in which a subscriber has the right to access cannot come, we cannot guarantee to be able to make changes for another day.

Anyone who is unable to come and does not have the option of transferring their seat to a family member or friend of their choice may inform the club and leave the seat free to transfer to another subscriber. Every effort will be made to transfer the subscriber who has not been able to come to another match, without any commitment on the part of the club. These changes will be made as long as space is available, avoiding speculation to be able to choose matches. In the "star" matches it will be much more difficult to manage changes.

Protocols for compliance with health measures require all the public to be seated, in fixed locations, and respecting safety distances.

Once the season tickets that will have the right to access each match have been defined, Bàsquet Manresa will assign the place where each season ticket must sit. Seats will be allocated based on the type of season ticket, but the club cannot guarantee that it will be able to offer the assigned seat in the same area as the season ticket.

Priority will be given to respecting safety distances.

The ticket will then be sent to each subscriber by e-mail with the assigned location, indicating also the access door and the time slot in which they must enter.

Access to the pavilion must be strictly followed in accordance with the sanitary protocols indicated when entering the premises.

Failure to comply with the protocols may result in the expulsion of the subscriber from the pavilion who does not respect them.