Almost all the schedules and dates for the BCL League game have left. BAXI Manresa will play at home at 8:30 p.m.

This afternoon the opening hours of the first phase of the Basketball Champions League have been made public. They have left every day and schedule of the Regular Phase, except for the two matches out there that still do not have an assigned rival, that is, of teams that still have to play one or two rounds to be present in the League.

In the matches that will be played in the New Congost, BAXI Manresa will play at 8:30 p.m. on all occasions, except for the last day of the group stage, which will be at 8:00 p.m. to unify schedules with the players Group rivals 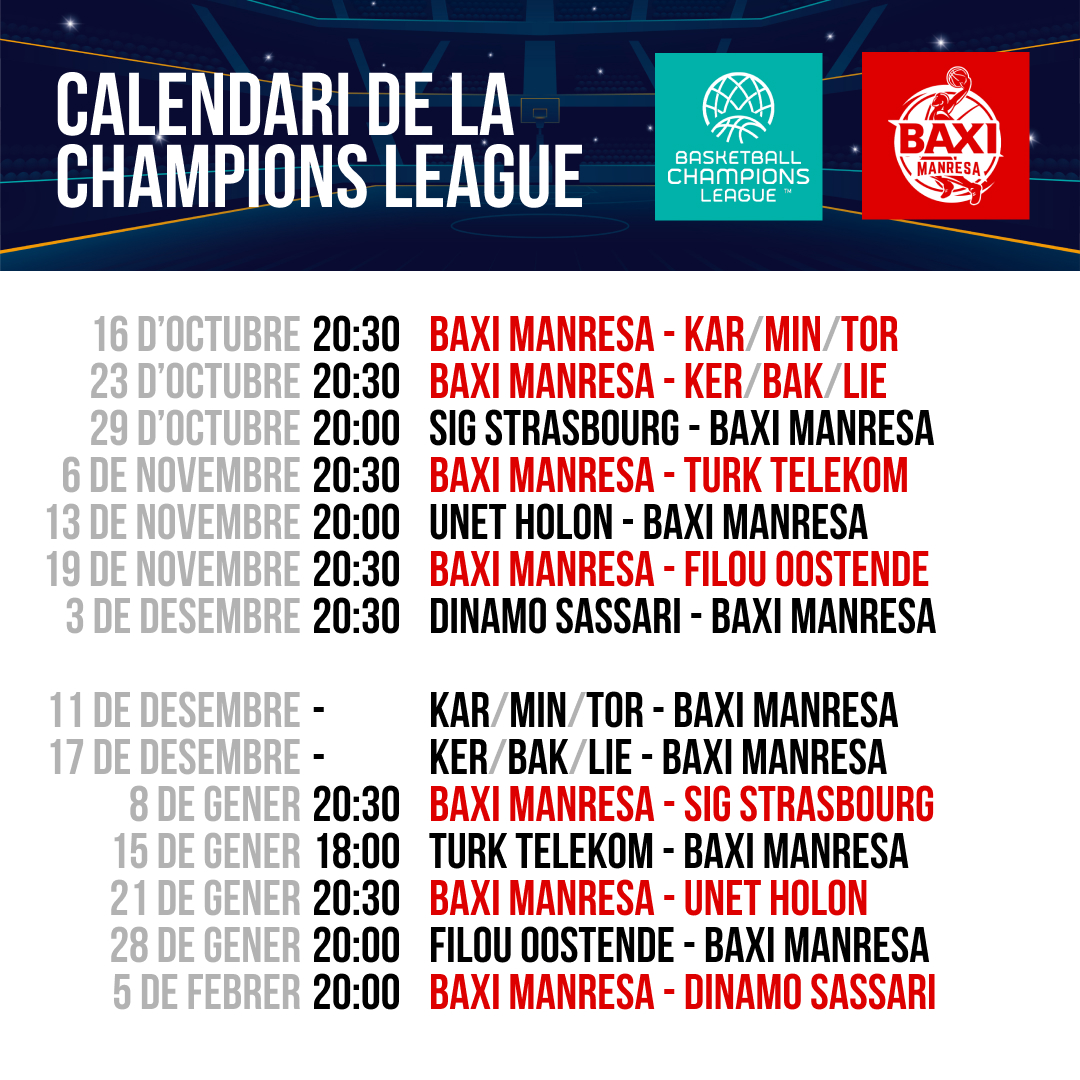