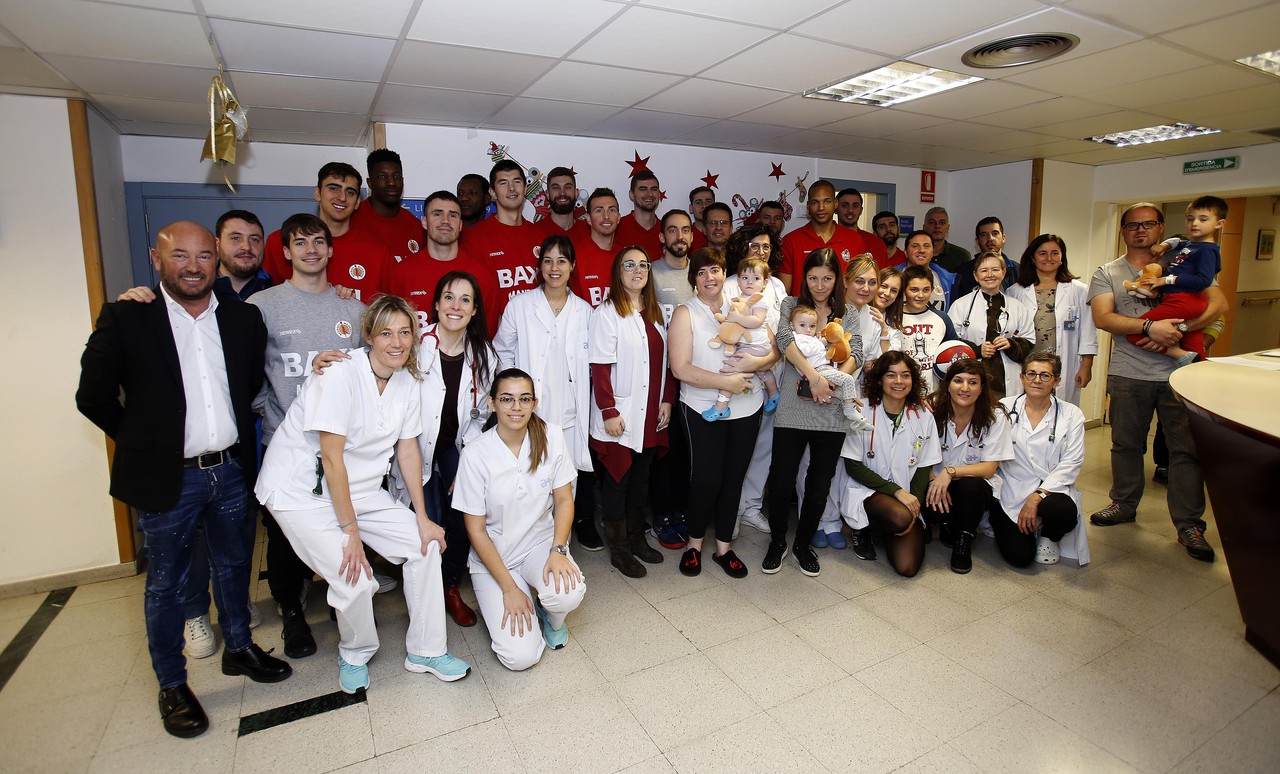 Christmas surprise for the children admitted to the pediatric plant in the center of Manresa. The staff of the BAXI Manresa bring gifts for the admitted children.

The BAXI Manresa visited this afternoon the Sant Joan de Déu Hospital in Manresa. Players and the entire coaching staff have been with the children who are admitted giving away presents from the club.

The visit ended with the traditional family photo and the thanks of the Head of Pediatrics, Sílvia Sánchez, for the team's visit.

Thanks from Althaia
Later, the President of the Manresa Basketball, Josep Sáez, went with the two captains of the team, Guillem Jou and Pere Tomàs, to visit the Managing Director Manel Jovells, and the Deputy in the direction, Albert Estiarte. The Foundation's leaders have been grateful to the President and the captains in person for their support in various sponsorship initiatives that has helped Bàsquet Manresa in recent months.