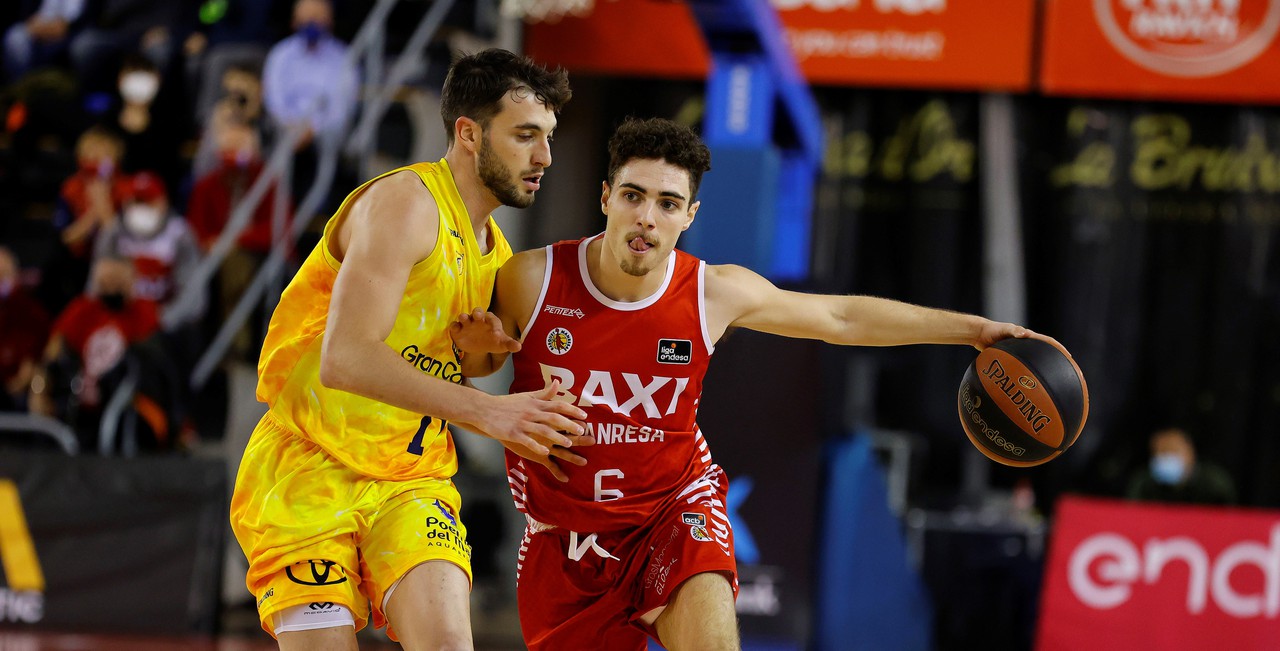 BAXI Manresa started the second round in the best possible way, beating Gran Canaria (91-72) and making their fans enjoy themselves. The collective play of the home team has been too much for a visiting team that has deflated in the last quarter.

The first bars of the duel had equality and exchange of leadership on the scoreboard, before the islanders nailed a partial 0-9 that made them finish the first quarter eight points ahead (16-24), with two free throws scored by Ilimane Diop in the last second of it.

In the second period, the Reds came out much better than their rival and nailed a convincing 16-0 run that put them eight points ahead (34-26). The Canaries then reacted and reached the half with only two points behind (38-36).

Returning from the locker rooms, the Bages team maintained at all times the advantage in electronics, but could not open a significant difference. At the end of the third quarter the home team won by five points (60-55), and therefore everything was to be decided.

In the last ten minutes, BAXI Manresa pressed the accelerator and got a 15-5 start. The home team kept the cushion of 15 points until the end with a great choral game and actions of the fans.

This does not stop. Next Wednesday, Pedro Martínez's men will be looking to take a very important step towards being in the Copa del Rey of Granada, again in the Nou Congost against Monbus Obradoiro at 21:30.