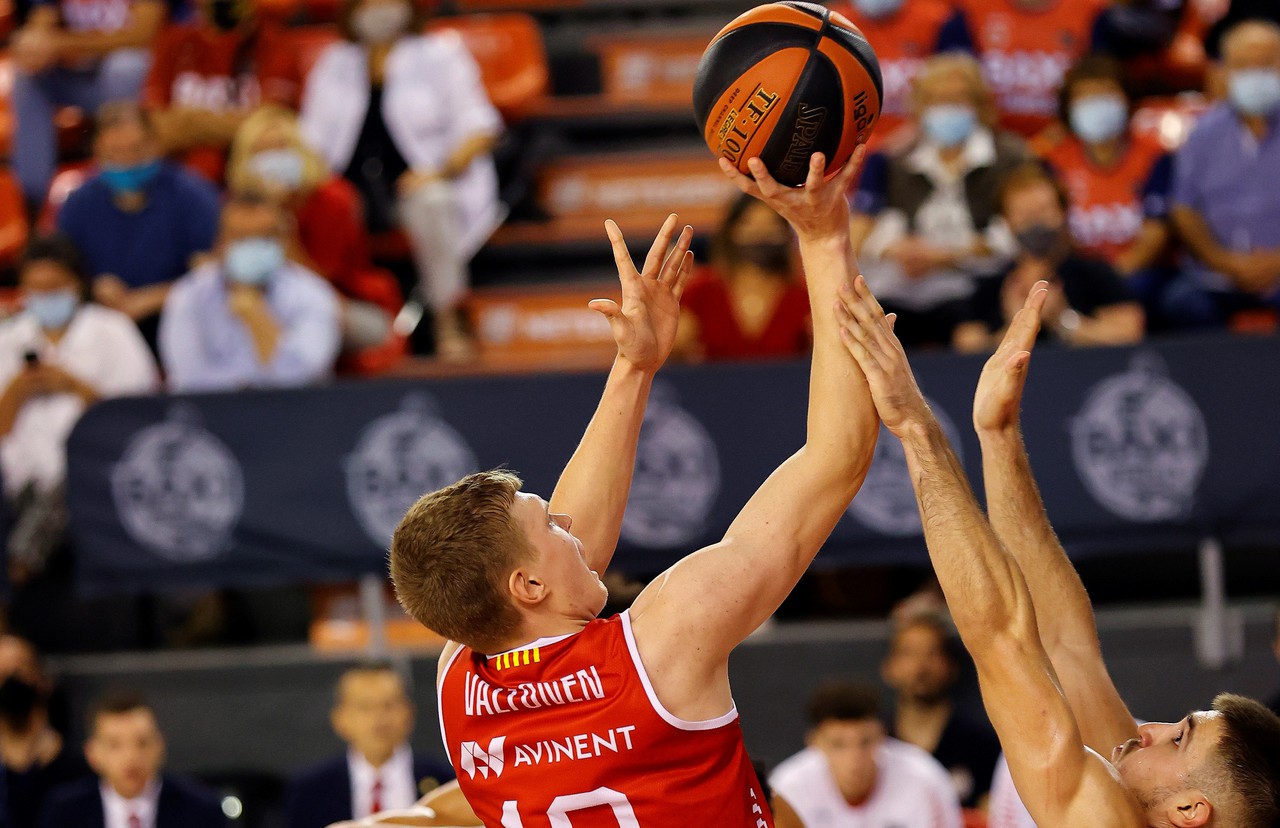 BAXI Manresa achieved a victory of prestige and confidence against a Euroleague rival, Baskonia (74-67). The Manresa team, very intense in defense throughout the game, managed to take the reins of the game in almost the entire clash to get the second victory of the season, first in the Nou Congost.

The start of the match was marked by the equality between both sets, which were alternating the lead on the scoreboard. Five consecutive points from Valtonen and a free throw converted by Rafa Martínez, who was playing his 600th game in the Endesa League, gave the Bages team a six points lead at the end of the first quarter (22-16).

In the second the dominance in the marker was always of the red ones, that obtained a maximum income of eight points in several occasions. However, the Basques, led by Giedraitis, showed their competitive nature to reach the break just four points below (37-33).

Returning from the locker room the visitors made a better start and were ahead (39-40). Then the Manresa team regained control on the scoreboard, always with short differences. At the end of the third quarter, four points for the home team, and everything to decide (55-51).

In the last ten minutes, a BAXI Manresa encouraged by the fans has continued to maintain a high level of defense to withstand the Vitoria team attacks and hold the advantage. The choral game of Manresa, led in this partial by a ubiquitous Valtonen (6 points, 1 block and 1 recovery), has been the key to overcoming one of the most prestigious rivals in the league as Baskonia (74-67). Next Wednesday at 9pm the Bages team will start his way to the BCL in the Nou Congost against the Polish Stal Ostrów.