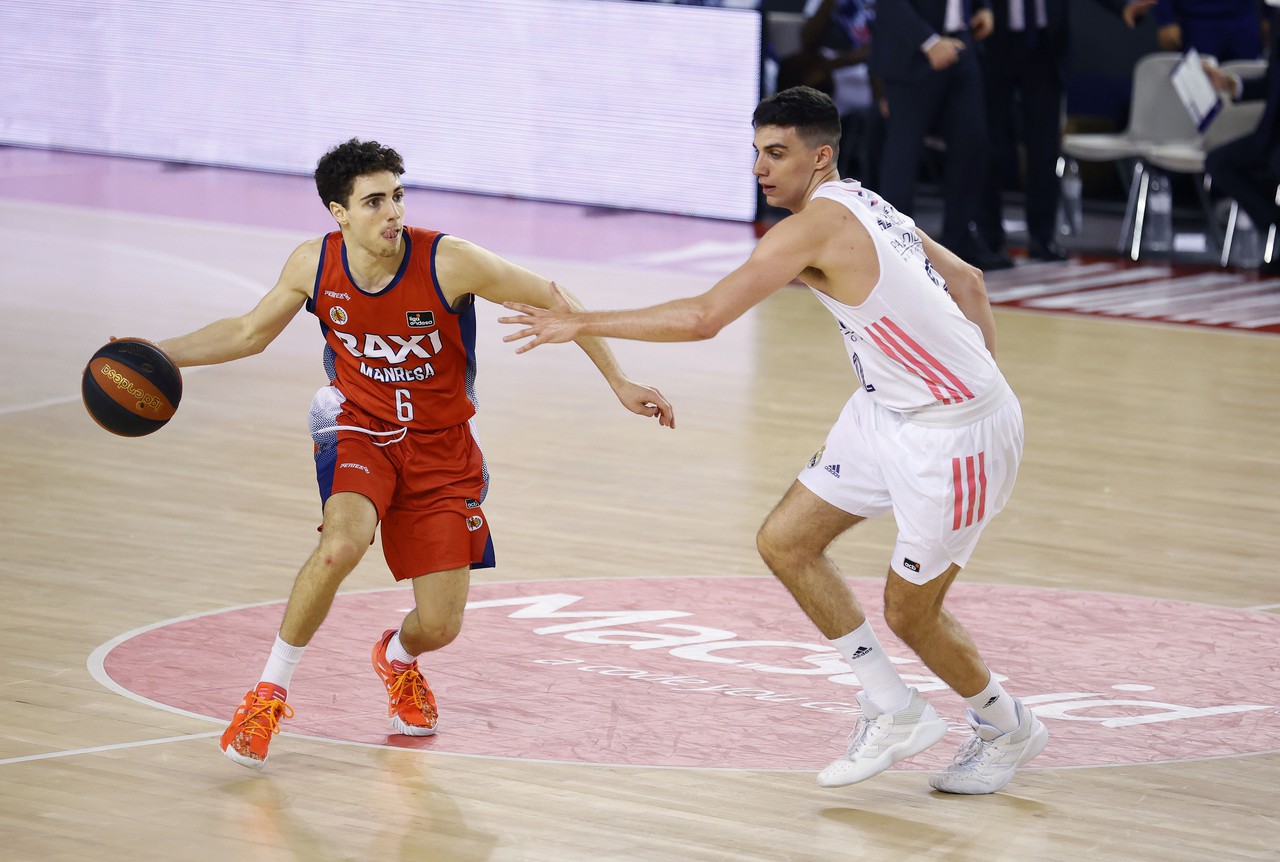 BAXI Manresa played a more than worthy game in the match number 1,500 in the first state category, putting against the ropes a whole leader of the Endesa League, a Real Madrid that could not breathe easy until the last seconds. On Saturday from 18:00 the Bages team will seek to maintain the level and add a new victory on the court of RETAbet Bilbao.

The whites made a better start, with the expected intimidation of Tavares under the baskets, and were ten points above in the first five minutes (2-12). Then came a period of inaccuracies on both sides, before Ferrari cut distances for the Reds (13-17 at the end of the first quarter).

In the second the Bages team deployed a great team game to turn the electronic and take a maximum income of five points (29-24). However, the Madrid team did not take long to tie, and in fact went to the break ahead thanks to a three-pointer scored by Alocén (32-35).

The second half began with the same panorama as the first, with those of Pablo Laso dominating and escaping again to ten points (35-45). However, the locals did not give up and shortened the gap at the end of the third quarter (48-54).

In the last ten minutes Pedro Martínez's men found the right in the outside throw and managed to equal 73 with only 33 seconds to play. In these, Laprovittola received a foul and did not forgive from the free throw line. There were 7 seconds left and Janning had a three-pointer to get ahead, but the ball didn’t want to go in and Garuba sentenced from the line, rendering Dani Garcia’s three-pointer from midfield useless.