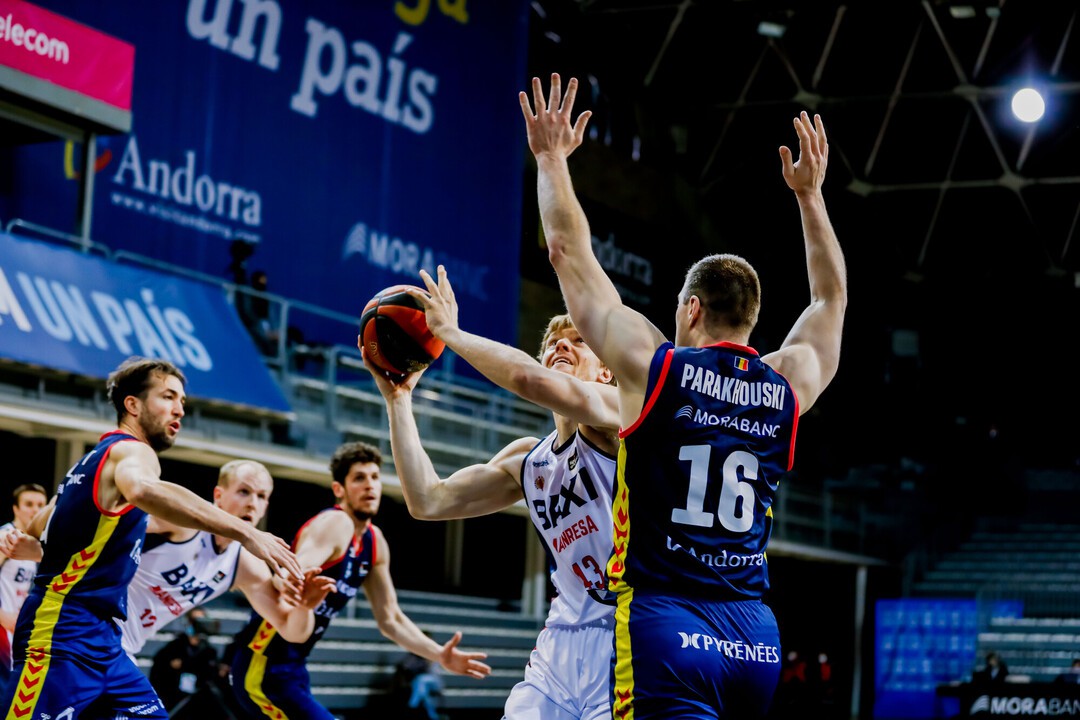 BAXI Manresa dominated for most of the match on the complicated court of MoraBanc Andorra, but the final success of the rival from the three-point line ended up condemning them in a match that had to be decided in overtime (92-86). On Saturday from 20:45 hours, the Bages team will try to join again in the visit of the leader of the Endesa League, Real Madrid, in the Nou Congost.

Both teams started the game with a strong defense, and that made it very difficult to score on both sides of the court. The Reds dominated slightly on the scoreboard thanks to the good work of Yankuba Sima, and closed the first quarter with three points of income (15-18).

In the second the tone was more or less similar, with the visitors commanding on the scoreboard, but unable to open a hole. Seth Hinrichs joined Sima in leading the team, contributing in all facets of the game. In the half, Pedro Martínez's team dominated by seven points (29-36).

Returning from the locker rooms the locals reacted and stood just three points away. but then men like Ferrari, Eatherton and Janning appeared to reach a maximum difference of thirteen points, which the Andorrans cut to seven at the end of the third quarter (53-60).

In the last period it seemed that the BAXI Manresa maintained the income and tracked the victory, but then Hannah appeared, and between him and the success in the three-point shots of those of Ibon Navarro caused that it was arrived at the last seconds with tie to 78. Neither team scored their respective shots, and the match had to be decided in overtime.

In overtime Mason and Janning put the Bages team back five points ahead (78-83) before Hannah and Parakhouski equalized again with two and a half minutes to play. In these, MoraBanc Andorra was more successful and the victory remained in the Principality.