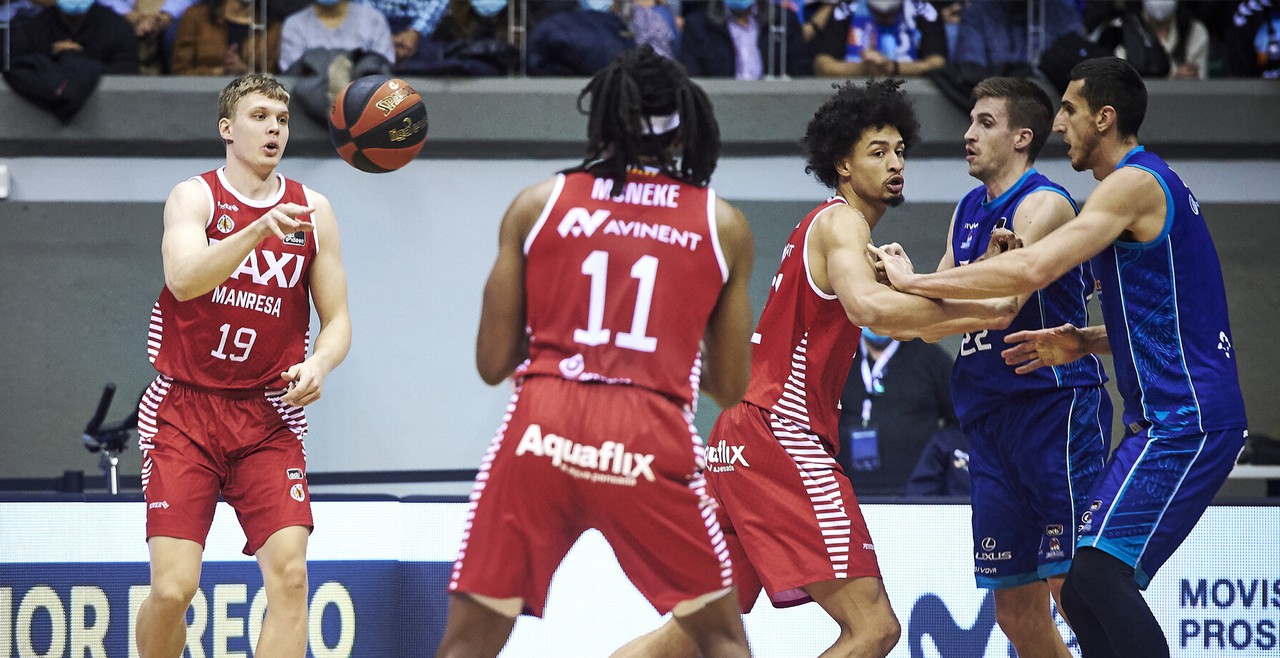 BAXI Manresa continues to add victories, and in Burgos it reached the fifth in the Endesa League. In addition, it did so taking the initiative from the first minute and with a high level of collective play. And is that up to six players ended up with double digits of annotation, led by a Francisco who played one of his best games of the season.

The players led by Pedro Martínez made a great start to the game, nailing an initial partial 0-10. The reds showed a good level in defense and played with some comfort in attack, with Francisco as leader. The home team, with the entry of Renfroe (former Manresa player), improved and were only six points with a final three-pointer of Benite (19-25).

In the second quarter the tone was more or less the same, with a Bages team that continued to exhibit a high level of play and maintaining a comfortable income in the electronic. In the middle of the match the difference was 13 points, after a Jou three-pointer in the last second (33-46).

Returning from the locker rooms, the domain was still for the visitors, who showed great concentration on the court. The home team tried from a long distance and cut to eight points, but then Francisco reappeared, who with two consecutive three-pointers closed the third period with 14 points margin for his team (58-72).

In the last ten minutes, Burgos continued from the three-point line and came close to six points, but Manresa did not get nervous and did not suffer too much to seal the fifth victory of the season in the Endesa League.

The next commitment of BAXI Manresa will be on Tuesday at 21:00 in the Nou Congost against the Turkish Pinar Karsiyaka, in a match in which the Bages can mathematically secure the first position of his BCL group.