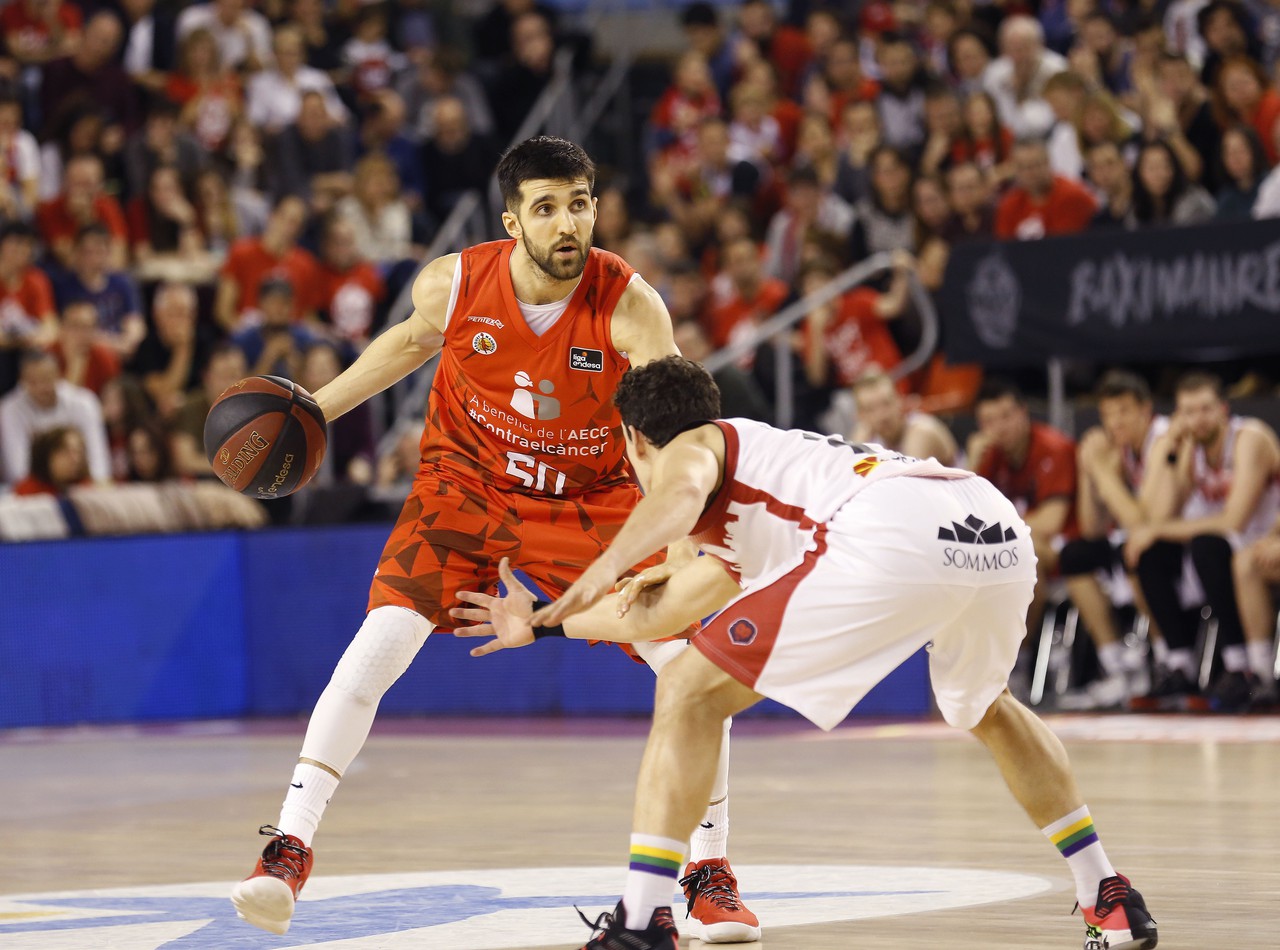 The Bagencas clearly beat the third-seeded in the Endesa League, Casademont Zaragoza. Good defense (44 rebounds and 32 rebounds) and good attacking percentage were enough to secure the ninth home league win. A great third period allowed the home side to escape to 18 points and they would keep the lead until the end.

The game started with lost balls and basket errors from both teams. The Aragonese were confident of the success of Brussino who, with 2 consecutive three pointers, put his team ahead. The Manresans reacted and, with a partial of 11 to 0, turned the luminous one and finished the first half with a 5 point advantage.

Dulkys opened with the first triple of the BAXI Manresa in the second period. Zaragoza had difficulty penetrating the red defense, but took a new shot from the triple to get closer to 2 points from the home side. From that point on, the Baganese would get an 8-0 lead led by a great Kravish, infallible from the middle distance. Aleks' triple gave the Manresans a new advantage over 9. At halftime came the partial victory of Pedro Martínez as a whole with 7 points.

The players from Manresa came out like a cyclone of locker rooms and sharpened the difference in favor to 15 points thanks to the external success of Cvetkovic, Tomàs and Báez. The good work in attack of the Bagencs did not stop and the Aragonese could only withstand the onset of free throws and individualities. With the knocked out opponent, the BAXI Manresa enjoyed offensive and defensive tasks and the advantage was already 18 points.

The last 10 minutes began with a negative streak from the launch of the premises that would handle Dani Pérez with a triple. Despite the attempt to get closer to the Zaragoza marker, Cvetkovic kept the visiting ring between his eyebrows and maintained the lead by 18 points. Under the leadership of the Catalan base, which scored and distributed assists (7 today), the Bagencs sentenced the clash with Kravish points in the area. In the end, a prestigious victory of 85-67 against the third-place finisher in the Endesa League.