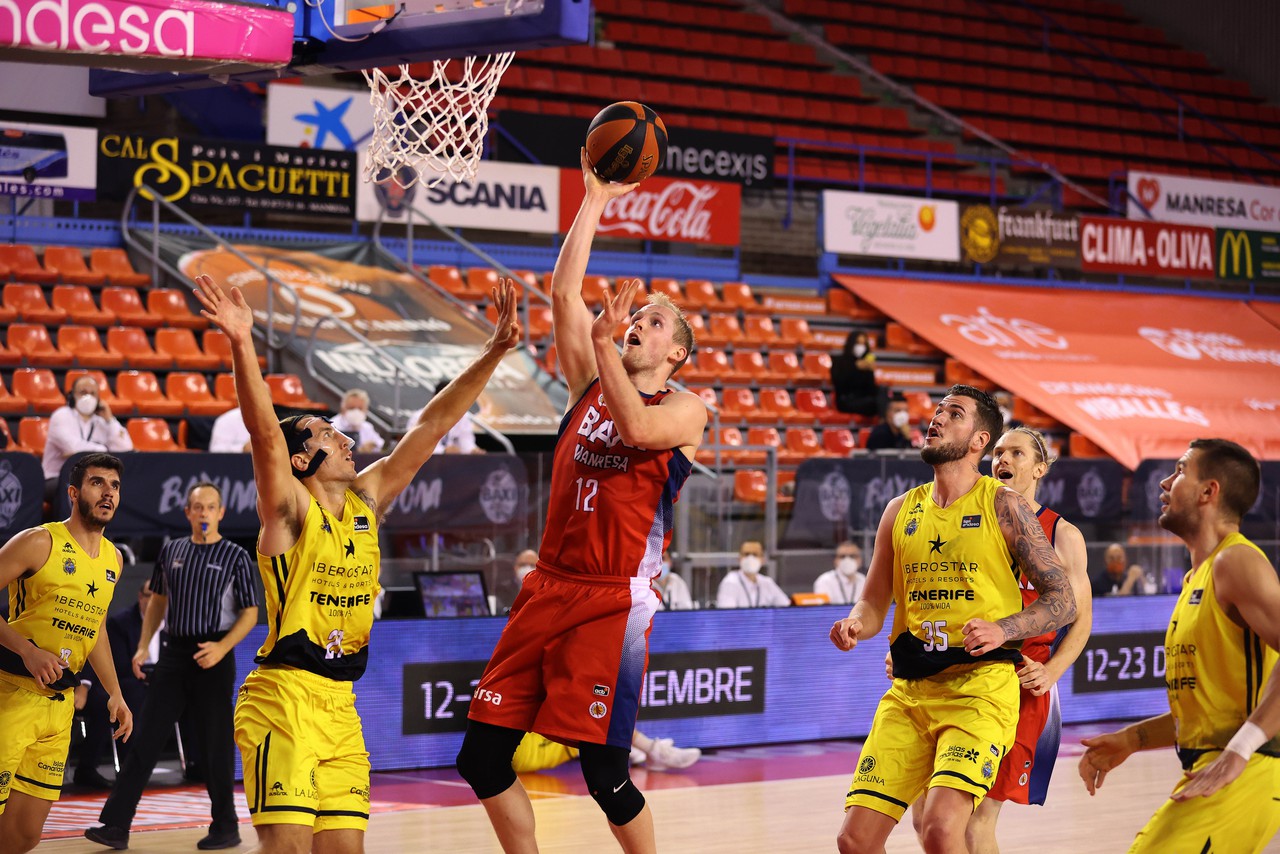 BAXI Manresa overcame the losses of Eulis Báez and Guillem Jou and was able to face Iberostar Tenerife, the second ranked in the Endesa League (80-88), who did not to be able to breathe calmly until the last minutes. On Sunday at 20:00 the challenge will be even more complicated, with the visit to the court of the undefeated leader, Real Madrid.

The match started with some very successful islanders in the shooting, and this allowed them to open a hole from the start and place themselves with fourteen points of income (10-24) in just six minutes. From there, the Reds reacted and came closer to 23-29 which closed the quarter.

In the second period the home team continued to cut distances and were able to tie at 35 with a basket from Joesaar. From that moment, minimal advantages of the visitors that were answered quickly by the manresans, and it was arrived at the rest with tie to 44.

Returning from the locker room it was the reds who dominated on the scoreboard, although always with short distances, before Iberostar turned it around with a partial 0-5. However, it was the Bages men who reached the last quarter ahead thanks to an Eatherton basket on the edge of possession (66-65).

In the last ten minutes the Canary Islands team again nailed a 0-5 run that made them grab a seven-point cushion with six minutes to go (71-78). This ended up being final, despite the constant struggle of the players led by Pedro Martínez, especially a Dani Pérez who was the leader of a comeback attempt that did not end up bearing fruit.