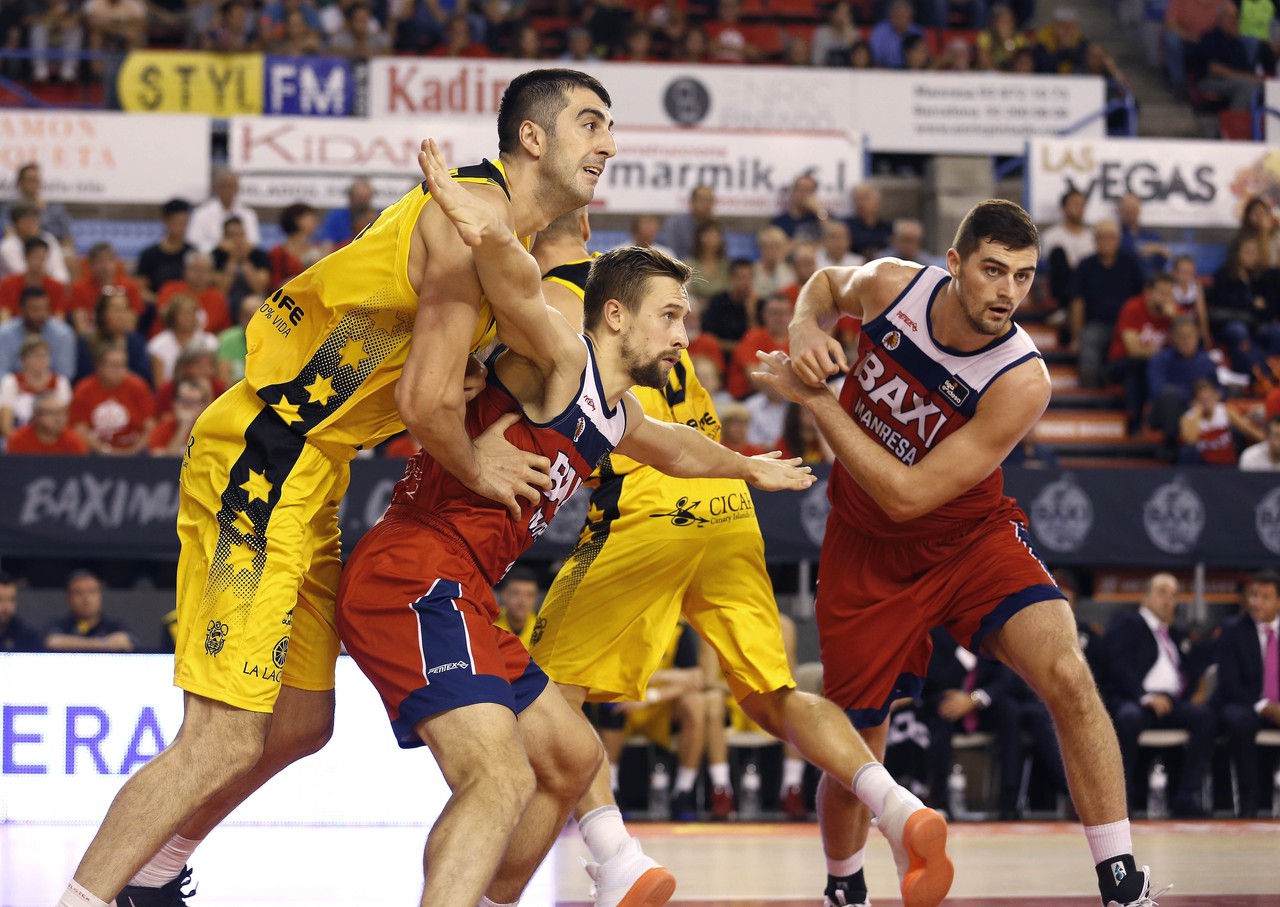 Tenerife surpassed forcefully BAXI Manresa (61-81) in a match marked by the insular success. The set led by Txus Vidorreta held the good start to Manresa to turn the scoreboard into the second quarter and escape to the third. The bagencs tried, with more heart than any, to return to enter the party, but the effectiveness visitor did not give the opportunity to obtain it.

The game started with 8 points from an inspired Pere Tomàs to put BAXI Manresa in the lead. A triple of Ryan Toolson certified the good start of the premises thanks to a 11-2 partial and forced Txus Vidorreta to request time-out. Tenerife reacted and, little by little, was shortening the result. Tomàs, the author of a dozen points in this partial, held the Catalans against the insular attacks. Pedro Martínez made his debut with Marc Peñarroya, the son of the legendary player and ex-trainer of the club, Joan Peñarroya. With a triple of Baez responded by another from Yusta they finished the first 10 minutes.

ExManresa Iffe Lundberg put the tie on the scoreboard just to start the second period. BAXI Manresa still did not score after the first 4 minutes of the fourth and Tenerife took advantage of it to take the initiative of the party. With a 0-8 partial, Pedro Martínez was forced to request time to try to stop the bad local run. Baez added two of the line of staff, but it was not enough to counteract the great success of the islanders. Yusta and Shermadini easily saw the basket and allowed visitors to overcome the 10-point barrier. A triple of Dulkys in the final left Manresa 8 points down with the second part ahead.

The second act began with an exchange of baskets that kept the advantage of Tenerife. The connection Dani Pérez-Kravish started to dig up and add, but the success from beyond the 6.75 block of the island blocked the manresana reaction. The errors in the finishing of the BAXI Manresa games were punished by an effective Canarian set that allowed them to reach the final quarter with a pad of 20 points.

Tenerife continued in the third period with the foot in the accelerator and continued to add easily. Kravish chained 4 points to cut distances to the scoreboard and give hope to the premises. Despite the timid reaction of BAXI Manresa, the team of Txus Vidorreta maintained an advantage that already exceeded twenty points. Luka Mitrovic, the second debut of the day in the New Congost, took a rebound in attack and debuted in front of his new hobby. With the game decided, the Serbian interior and Vaulet scored the last points that would serve to make up for the painful defeat in front of Tenerife (61-81).