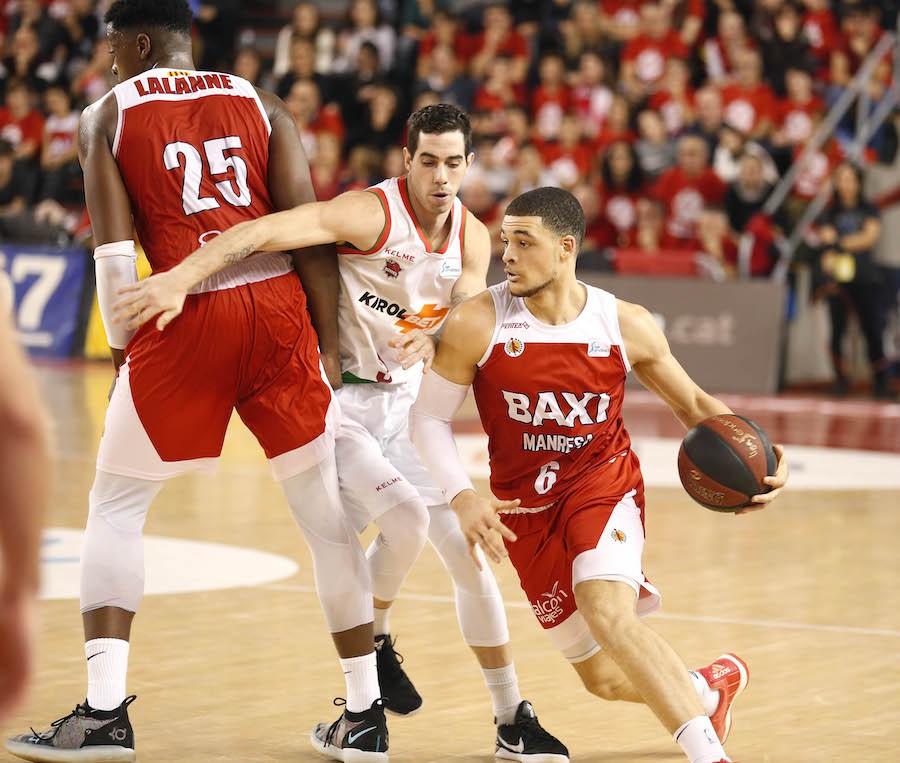 Although endure until well into the last room, it could not be. There could not be another heads-up ending with Baskonia. Too many elements against to win a team that was superior, especially in the last quarter. Lalanne scored 15 points, while Lundberg made 13 and Toolson, 11. Nou Congost was very angry with referee decisions.

The match started with a lot of defense, and intensity on the part of both teams, although Baskonia led the score at all times. The Basques knew that the Bages were short of effective in the paint and took advantage, but Iffe scored from the three-point line to keep the team plugged. In the first quarter the visitors had advantage, 4 points.

The second period started with a pump by debutant Fisher, and with the first errors since free throws by Dragovic (the team would convert only 13 of 22). The visitors had two plays with additional and escaped 22-31, but the good actions of Lundberg reduced distances and reached the break with 32-38.

The third time was the best of Manresa, with a favorable partial of 18 to 16 and great moments of American Ryan Toolson, with 2 consecutive three-pointers and steal balls. Lalanne and Lundberg were not tuning from the free throws and the team was left with 41 points. Peñarroya asked for minutes and the Congost boiled, 2 points behind the rival. Everything should be resolved in the last quarter.

Iffe scored a three-pointer to start the final straight, the comeback was already a fact with Toolson's three-pointer 8 minutes to go. But these minutes would be too long. It came out from inside a Sima hook, and three times as many visitors entered. The Nou Congost protested a lot to the referees, and the Basques managed well the end of the match to get a difference that did not do justice to what had been seen in the parquet.

Joan Peñarroya said at the end of the match that «we were facing a game with a significant opponent but with casualties, and with the character of the Baskonia and Perasovic teams; They have played a serious game without relaxing; we have started soft in defense; we have caused losses but we have not been able to complete them with points in counterattack; we have adjusted well in the third quarter, it has been our best third quarter; we had several situations to tie or get ahead» .